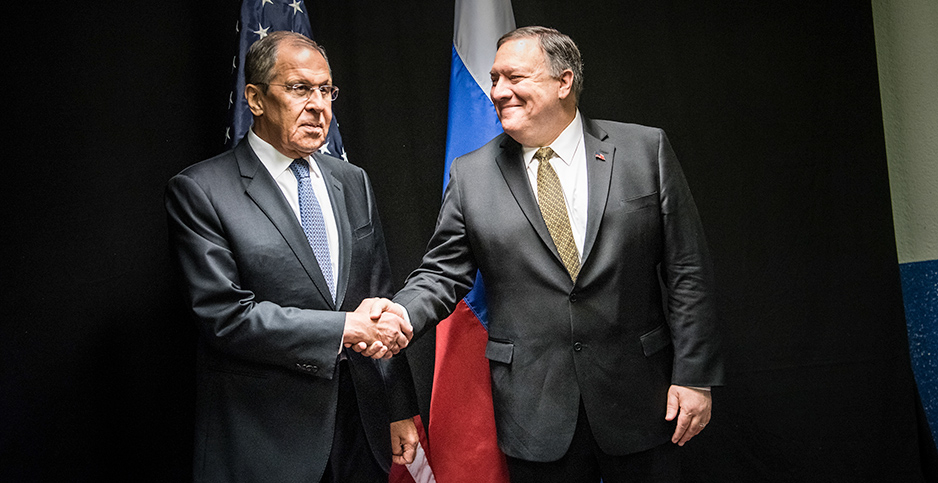 A meeting of the world’s eight Arctic nations ended today without a formal agreement after the United States refused to allow language on climate change to be included.

The Arctic Council meeting in Rovaniemi, Finland, where foreign ministers from the Nordic countries, Russia, Canada and the United States, ended instead with an informal statement after Secretary of State Mike Pompeo blocked language last night that would have referenced warming in the Arctic.

In a speech yesterday in Finland, Pompeo made one reference to the impact of climate change in the region.

"Steady reductions in sea ice are opening new passageways and new opportunities for trade," he said in an address that focused on warnings about Chinese and Russian activity in the Arctic.

Asked later by Finnish reporters about the United States’ apparent refusal to accept language about warming supported by every other nation on the council, Pompeo claimed that the U.S. maintains a leadership role in responding to climate change.

"The United States is kicking it when it comes to getting its CO2 down," he said. "I mean, compare it to China, compare it to Russia, compare it — frankly — to many European nations, each of whom signed the Paris Agreement."

All eight members of the Arctic Council signed a declaration two years ago in Fairbanks, Alaska, that endorsed the Paris Agreement. But since that meeting — which was chaired by then-Secretary of State Rex Tillerson — President Trump has announced that the U.S. will exit Paris.

"I’m sure it was a good party," Pompeo said yesterday about the 2015 Paris summit, adding that technology and innovation "will drive better climatic outcomes."

In remarks at the close of the meeting today, Arctic Council Chairman and Finnish Foreign Minister Timo Soini referenced "rapid change of the Arctic climate and its effects on nature and the people." The region is warming twice as fast as the global average, and scientists say melting ice and other effects pose dangers for the rest of the world.

"On one level, it’s a positive step that the other countries held the line and refused to approve a declaration weak on climate change," she said. "The question is whether the council can find a way forward to science-based action on climate, if necessary without the current U.S. administration."