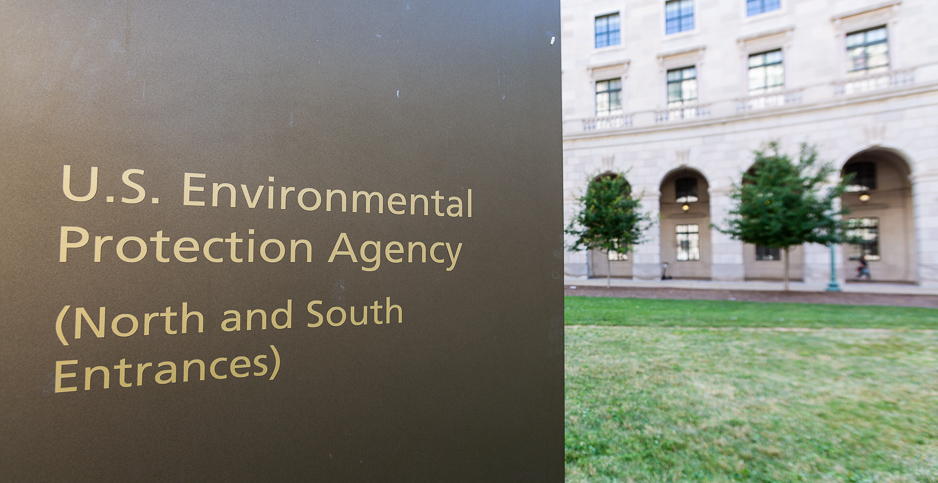 EPA is moving forward on reopening more agency offices, including its headquarters complex in Washington, during the COVID-19 pandemic.

Administrator Andrew Wheeler told staff in an internal email obtained by E&E News that agency headquarters, EPA Regions 3 and 5, and its Cincinnati office will begin the reopening process. At close of business Monday, those offices will be shuttered for seven days to render the novel coronavirus inactive. After that, limited EPA staff will begin to return to the workplace in phases.

"If after the seven day closure these offices move into Phase 1 we will continue to strongly encourage employees to telework," Wheeler said in the email sent yesterday evening.

Wheeler also explained the final phase, or phase 3, of EPA’s reopening plans, during which employees would return to the office. "In this Phase the Agency expects that employees will be returning to the workplace because all gating criteria have been met and there are no state or local prohibitions preventing our return," Wheeler said.

That said, exceptions will apply to those employees dealing with child care at home, mass transit outages for commuting and those who are at high risk of severe illness from COVID-19. Telework will be made available to those staff members.

"You will not have to choose between your responsibilities at home and your job," Wheeler said.

He also praised EPA staff for their work during the virus outbreak.

"I have witnessed the significant measures you have taken to protect human health and the environment throughout this pandemic. Your creativity and dedication to addressing this challenge is remarkable and I remain grateful for your service," Wheeler said.

In a follow-up email to Wheeler’s, Donna Vizian, who leads EPA’s Office of Mission Support, noted that the District of Columbia as well as Virginia and Maryland have begun to reopen. She specified that EPA will begin to bring employees back to its offices at the Federal Triangle complex, Ronald Reagan Building and Potomac Yard.

EPA employees have been teleworking since March as the virus spread across the country. Yet last month, Wheeler announced EPA would began reopening, beginning with various regional offices.

Agency officials have noted employees are encouraged to telework during phases 1 and 2 of EPA’s reopening. Nevertheless, staff could be back at their office desks by July.

Unions have pushed back against the plans, with EPA’s largest employee union telling Wheeler in a letter earlier this week to stop the reopening process.

Other agency employees are also anxious. One EPA headquarters employee told E&E News that people are not happy about it and don’t plan to return any time soon.

"It is not safe nor practical. There is no way to do social distancing or to protect people who use the bathrooms. I won’t be going back anytime soon," said the employee.

Others expressed outrage over EPA’s plans to reopen regional offices during the pandemic.

"It’s needless. It’s wrong. This does not serve the mission of EPA," Cantello said. "I have a lot of very angry members right now."

Marie Owens Powell, president of AFGE 3631, which represents EPA Region 3 employees, said, "I’m profoundly disappointed that the agency has chosen yet again to ignore the science and move with reopening of the Region 3 offices." Region 3’s main office is in Philadelphia.

"It’s going to put the health and safety of employees at risk during a lethal pandemic," Owens Powell said. "EPA employees have been teleworking effectively for months now."

An EPA spokeswoman noted the agency has held seven briefings with its unions over the span of 11 weeks to discuss reopening plans.

"Administrator Andrew Wheeler has repeatedly communicated an extensive, transparent, data-driven, measured and deliberate approach to returning to agency offices and facilities that ensures our employees’ health and safety," said the agency spokeswoman.

She added the unions have been regularly informed as EPA moves through its "rolling reopening" and know the agency is encouraging employees to continue to telework during the process’s initial phases.

"Employees will continue to have maximum telework flexibilities and will not be forced to return to the office as EPA begins its measured and deliberate approach to reopening that ensures our employees’ health and safety," said the EPA spokeswoman.

EPA has shared data with employees on why the agency is or is not reopening certain offices. In addition, some regional offices at EPA have put the brakes on their reopening plans during the pandemic.

In emails sent yesterday to staff, EPA Region 1, based in Boston, and Region 6, based in Dallas, said they were again delaying moving into phase 1 of reopening because COVID-19 infections ticked up in those areas.

In addition, EPA Region 10, based in Seattle, has delayed moving from phase 1 to 2. Washington state Democrats in Congress raised concerns about EPA’s Pacific Northwest branch’s plans in a letter to Wheeler earlier this week (E&E Daily, June 12).