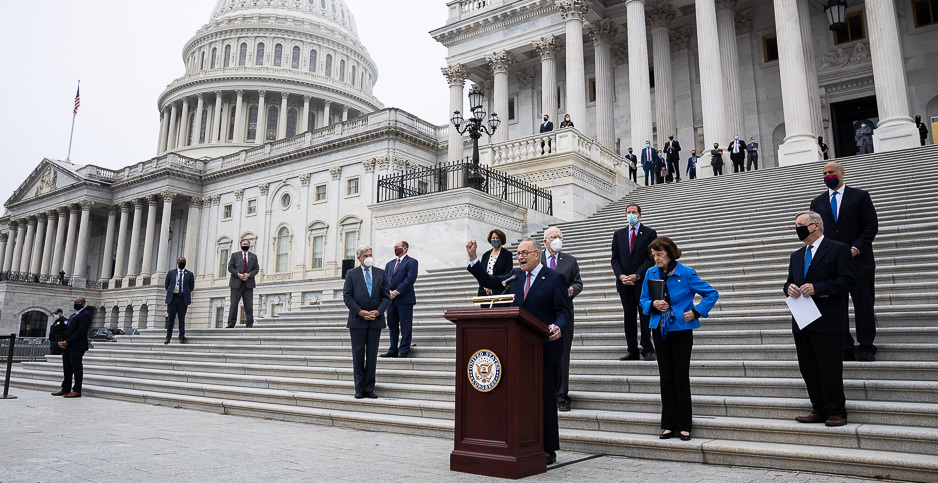 The Kentucky Republican will move to close debate on the nomination following the Judiciary Committee’s 12-0 vote yesterday that was boycotted by Democrats. Absent a bipartisan deal, a procedural floor vote would take place on Sunday, with a final roll call planned for Monday evening.

"In just a few days, [Barrett will] receive a vote on this floor, and I anticipate we’ll have a new associate justice of the Supreme Court of the United States," McConnell said yesterday. "That is exactly what the American people want to happen."

Senate Minority Whip Dick Durbin (D-Ill.) said bipartisan talks were ongoing over whether senators would remain in Washington through the weekend.

Many lawmakers on both sides of the aisle are eager to hit the campaign trail. Others want to stay in the capital during the confirmation process.

"The whole caucus takes this very seriously," Durbin said about Democrats. "Regardless the final decision, we’re going to stick together."

Senate Judiciary Democrats said the panel didn’t have a quorum to conduct business yesterday, but Republicans moved ahead with the roll call.

Democrats have been working to delay other Senate business, too. Still, Republicans managed to conform another judicial nominee — Michael Newman for the U.S. District Court for the Southern District of Ohio — before recessing for the day.

Barrett continued meeting with senators yesterday, including Energy and Natural Resources Chairwoman Lisa Murkowski. The Alaska Republican said she had not changed her mind about opposing the Senate’s considering Barrett as a Supreme Court pick before the elections.

"I’ve shared for a while that I didn’t think we should be taking this up until after the election, and I haven’t changed," Murkowski told reporters. She did not specify how she would vote.

Democrats and their allies yesterday repeated concerns about Barrett’s views about environmental issues, including her repeated refusal to express her views on climate science.