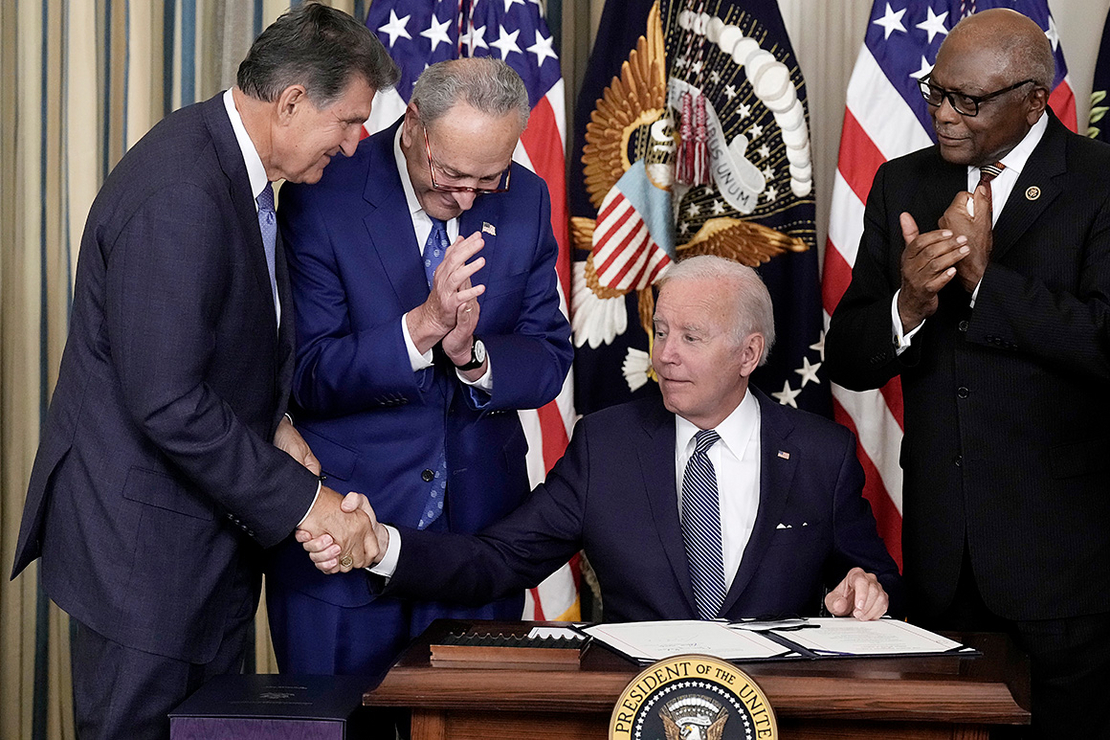 Wonder if you’re eligible for a tax credit to curb the cost of rooftop solar or a new electric vehicle?

The White House has a new website for you.

The Biden administration on Tuesday morning rolled out Cleanenergy.gov, a guide for consumers wondering how they can take advantage of tax credits available under the behemoth climate and energy bill enacted in August. The website launched ahead of a White House event planned for Tuesday afternoon to celebrate the bill’s passage.

Consumers who visit the website can view which tax credits are available to them on rooftop solar installations, energy-efficient appliances, heating and cooling systems, and electric vehicles. Users can also sign up for updates about more tax credits and rebates that will become available in 2023.

The administration is counting on consumers taking advantage of new tax credits available under the law to help achieve its greenhouse gas emission-reduction goals. The law includes nearly $370 billion for climate and renewable energy — including tens of billions of dollars intended to benefit consumers (Climatewire, Aug. 19).

The website rollout is “part of our celebration of the Inflation Reduction Act,” a senior White House official told reporters Tuesday. “Because really, this is a celebration of empowering American people, empowering families, empowering communities to take advantage of clean energy to not only clean up the air but cut costs.”

Mark and Lisa, a construction worker and a bank teller who earn a combined $60,000 per year, are eligible for rebates that cover up to 100 percent of their costs for installing energy-efficient appliances, according to one scenario depicted on the website. That’s because they make below 80 percent of their area’s median income.

Suzy, a teacher who earns $40,000 per year, is eligible for a $7,500 credit toward a new electric vehicle, according to another scenario.

As it celebrates the passage of the climate law on Tuesday at a White House event where thousands of climate advocates are expected to gather, the Biden administration is also speeding ahead to put the law into effect.

That office is led by John Podesta, a longtime Democratic operative who worked on climate issues in the Obama White House and returned this month to oversee the rollout of the climate provisions in the Inflation Reduction Act.

Podesta will have a staff and other resources “as may be necessary to carry out the provisions of this order,” Biden wrote.

The order also expanded the membership of the National Climate Task Force and officially named Podesta as the chair and Ali Zaidi, the incoming national climate adviser, as vice chair. Zaidi is currently the deputy national climate adviser but will take the helm of the White House Office of Domestic Climate Policy later this week when Gina McCarthy leaves the White House.