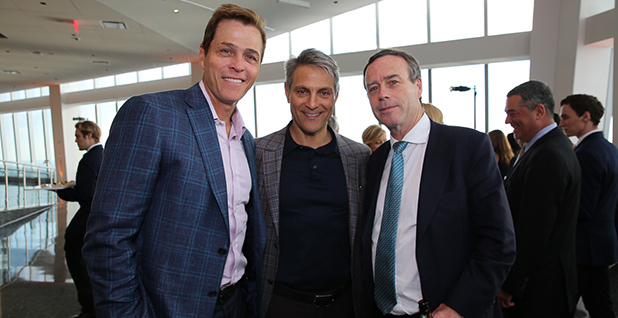 When a Hollywood super agent wants results, he goes straight to the people in charge.

So when Ari Emanuel — the co-CEO of the William Morris Endeavor entertainment company who was fictionalized in the HBO show "Entourage" — had a question about environmental rules, he got in touch with EPA Chief of Staff Ryan Jackson. Emanuel, who’s the brother of Chicago Mayor Rahm Emanuel, wanted to talk to EPA officials about importing a polluting "people mover" van from Asia.

Ari Emanuel sent a few terse emails to Jackson last summer, according to documents recently released to the Sierra Club under the Freedom of Information Act.

"Anything going on?" he wrote on June 7, followed by "Is there a good time to talk?"

A source close to Emanuel told E&E News that it’s Emanuel’s style to talk directly with the head of an organization when he wants to get something done. For instance, when Emanuel has an issue about his local Starbucks, he just calls Howard Schultz, the company’s executive chairman, the source explained.

In this case, Emmanuel wanted to import a "people mover" vehicle that he saw while traveling in Asia, the source said. The van was not compliant with U.S. pollution standards, and Emanuel sought EPA’s help in getting it cleared for import.

"He inquired about ensuring a vehicle was compliant with emission standards," Jackson wrote in an email. "We were happy to talk with him about the process."

Emanuel did not ultimately import the van, said the source close to Emanuel.

"People inquire to EPA and [the Department of Transportation] about importing foreign cars," Jackson wrote. "We have a joint obligation to ensure they are compliant with US laws. Sometimes they want to simply import one car. Sometimes they want to see about importing for commercial purposes. We are always happy to help answer questions and get to yes if we can or help advise how we can get to yes."