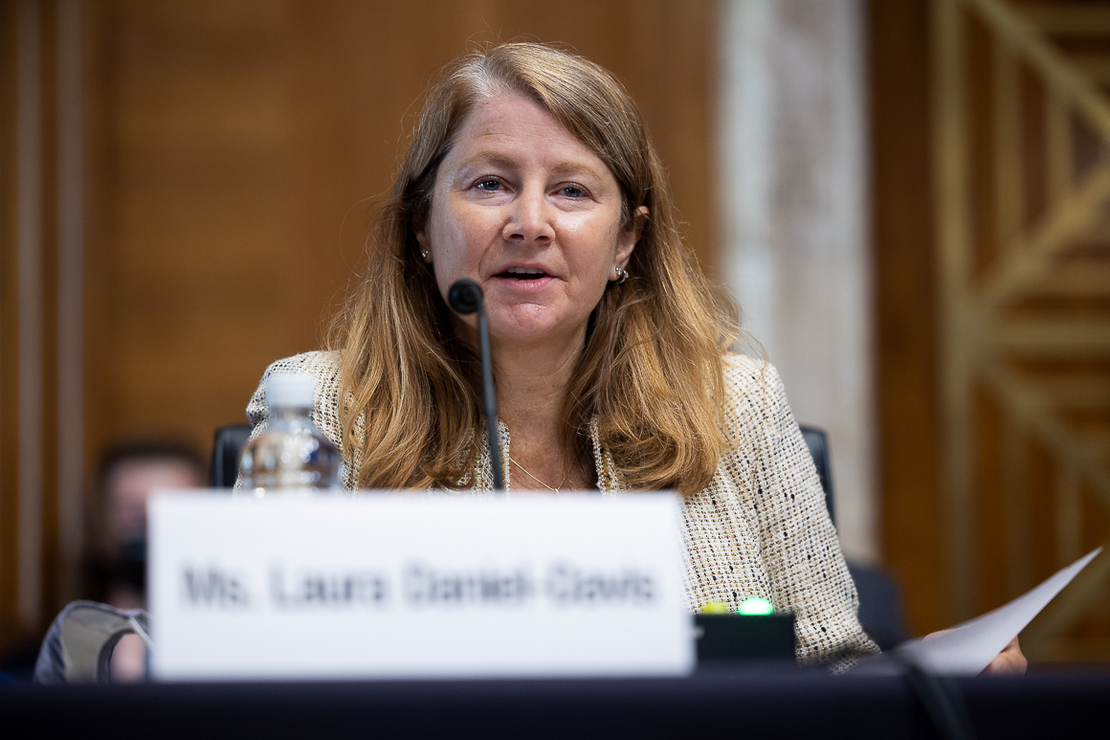 The 10-10 vote means Democrats will need to take additional steps to force the Senate to take up Daniel-Davis. The scenario played out with Biden’s controversial nominee to lead the Bureau of Land Management, Tracy Stone-Manning, who was ultimately confirmed (E&E Daily, Oct. 1).

Opposing Daniel-Davis today, ranking member John Barrasso (R-Wyo.) said that the administration’s policies have threatened energy and natural resource development, and that Daniel-Davis — who currently serves as principal deputy assistant secretary of land and minerals management — has been in a leadership position guiding some of those policies.

“Ms. Daniel-Davis has been doing everything she could to undermine American energy production,” Barrasso said.

He noted administration actions that could block the Twin Metals copper and nickel mine in Minnesota. The proposed mine’s location south of the Boundary Waters Canoe Area Wilderness has made it a target for many Democrats and their allies in the environmental community.

Barrasso also said that Daniel-Davis had moved authority on oil and gas decisions away from local Bureau of Land Management offices and that she was partly responsible for the administration’s oil and gas leasing moratorium. A federal court has since blocked the moratorium.

Energy and Natural Resources Chair Joe Manchin (D-W.Va.) defended Daniel-Davis, pointing to her experience and readiness for the job.

Daniel-Davis served as chief of staff to President Obama’s Interior secretaries, Sally Jewell and Ken Salazar. More recently, she was the chief of policy and advocacy at the National Wildlife Federation.

“Let me just say that our job here is to get the most competent people, qualified people that can do the job. She is doing basically the administration’s work, and she’s done it well in the past two administrations,” he said.

The role can have a sizable influence on energy and natural resource decisions on federal lands by guiding the White House and Congress on federal laws to protect historic, cultural and tribal properties, such as the National Historic Preservation Act.

“She’s clearly knowledgeable about issues of historic preservation [and] has a distinguished record of public service in this area at the state, national and local levels,” Manchin said.

Barrasso didn’t specify his thinking for opposing Bronin. “I cannot support her nomination,” he said today.