Democrats want to break up BBB. What does that mean? 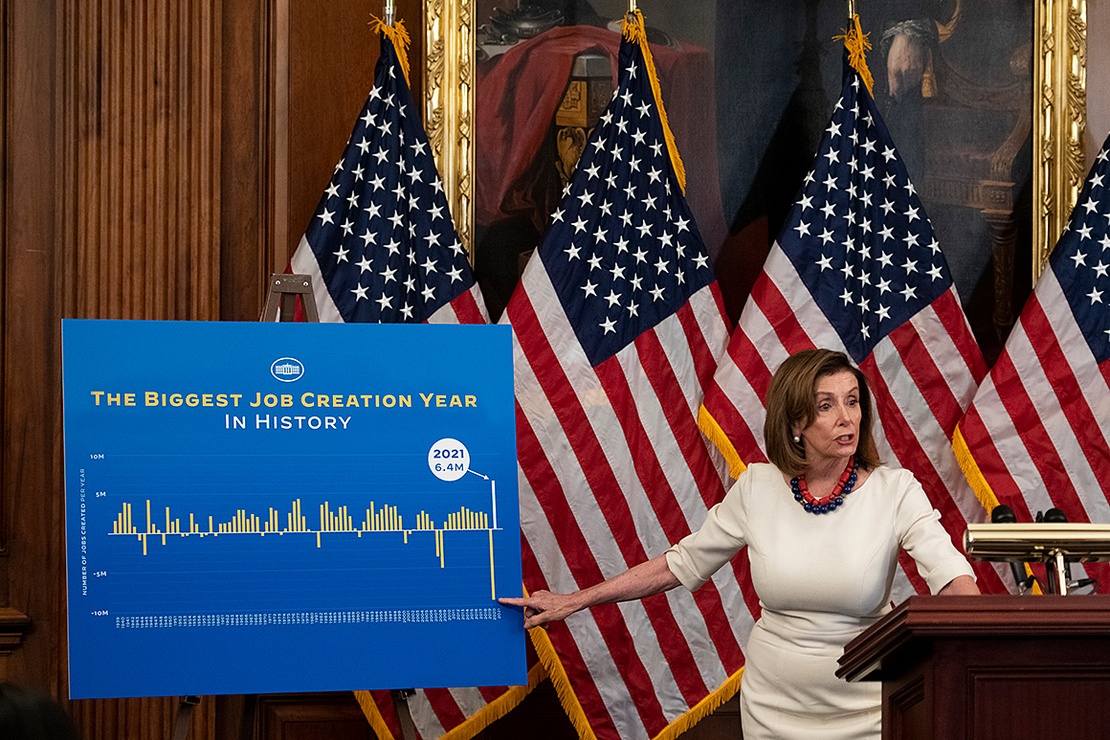 A day after President Biden said the core of his domestic climate and social agenda may need to be broken off into “chunks," congressional Democrats were trying to make sense of the plan.

The path forward, she and other negotiators said, is to shrink the scope and price tag of the budget reconciliation measure compared with what passed the House late last year. And climate is a must for any new package.

“The current direction that we have followed for the last five months has failed, so we have got to move in a new direction,” Senate Budget Chair Bernie Sanders (I-Vt.) told reporters yesterday.

Biden acknowledged the need for a new strategy in light of Sen. Joe Manchin’s (D-W.Va.) announcement in December that he would not support the House bill as currently constructed.

In a press conference Wednesday, Biden suggested that policies with widespread support — such as the $500 billion in clean energy and climate spending — could move on their own as lawmakers mull the future of whatever ends up on the cutting room floor.

Pelosi signaled that she’s open to advancing a scaled-backed version of the "Build Back Better Act," but stressed that a major priority would be including significant provisions and spending to combat climate change.

“If we care about preserving the planet for future generations and clean air for them to breathe today and water to drink … I would hope that that would be a major part of it. It may be more limited, but it is still significant,” Pelosi said.

White House press secretary Jen Psaki said Biden’s comments were not meant to dictate the size of any future package, but rather a willingness to focus and reduce the scope of the bill to ensure full Democratic support.

“He wasn’t necessarily dictating what the size would look like,” Psaki said. “He wants to get as much as big of a chunk as we can get done and through Congress."

Even though Biden and leaders like Majority Leader Chuck Schumer (D-N.Y.) promised to keep working on "Build Back Better" following Manchin’s December bombshell, lawmakers are still trying to figure out what will actually happen.

“I heard secondhand about what he said, and I have a text message here from a couple of his top aides, and I’m going to talk to them later today,” Senate Environment and Public Works Chair Tom Carper (D-Del.) told reporters. “I want to find out first what he said and second what he means.”

The scope of the new package is likely to come down to the pair of moderate Democrats — Manchin and Sen. Kyrsten Sinema (D-Ariz.) — who have been the main impediments to securing a deal.

Both Democratic moderates appear willing to sink major parts of the president’s agenda to get their way, and the two don’t always agree. Manchin wants to raise taxes on the rich. Sinema doesn’t.

Pelosi she has “discouraged” Democrats from criticizing their colleagues. “I don’t think there’s any upside in Democrats criticizing Democrats,” she said.

Manchin, who heads the Senate Energy and Natural Resources Committee, said no new negotiations have occurred since December. And he reiterated his worries about cost and inflation.

“The main thing we need to do is take care of the inflation,” Manchin told reporters. “Get your financial house in order. Get a tax code that works and take care of the pharmaceuticals that are gouging the people with high prices. We can fix that. We can do a lot of good things.”

Manchin suggested the package would need a major overhaul to get his support. “We’ll just be starting from scratch whenever we start,” Manchin said.

Environmental advocates and many Democrats were heartened when Manchin expressed general support for climate provisions in "Build Back Better."

Senate Finance Chair Ron Wyden (D-Ore.) yesterday reiterated his call for putting together “a handful of these measures” led by climate and health care spending.

“After negotiations between President Biden and Manchin broke down, I thought it made sense to go forward with a handful of priorities where we have a good foundation,” Wyden said.

Covering close to $555 billion in spending, including more than $300 billion in clean energy and manufacturing tax breaks, the climate title has already undergone intense negotiation.

“I know there’s a lot of people excited about what’s included for climate in the in the ‘Build Back Better’ bill,” Rep. Paul Tonko (D-N.Y.), who chairs the Energy and Commerce Subcommittee on Environment and Climate, told E&E News yesterday. “So we want to rescue whatever we can from that measure if they’re not going to be able to pass it in the Senate.”