Emissions were flat in 2019 — but don’t cheer, analysts say 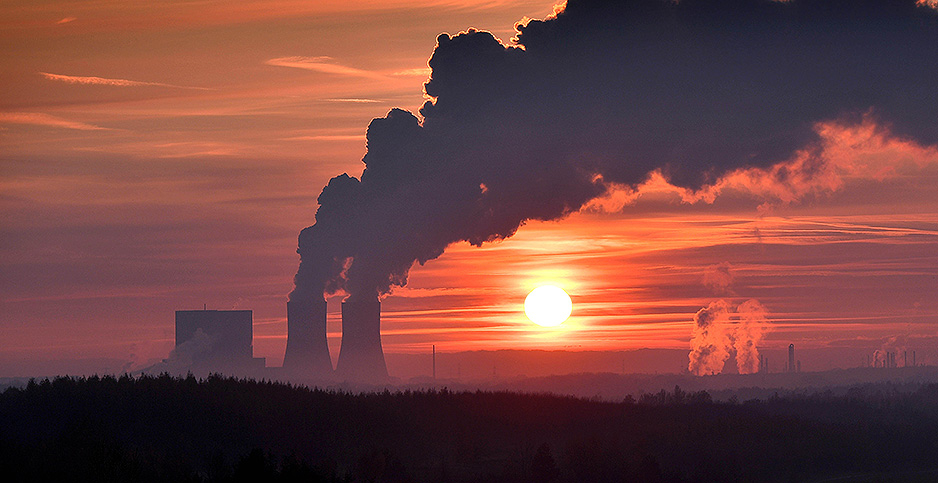 "Despite widespread expectations of yet another increase, our analysis shows that in fact CO2 emissions, carbon emissions last year, stopped growing," Birol, the head of the International Energy Agency, said in a video posted to Twitter. After noting more work needed to be done, he expressed hope that "we all remember 2019 as a definitive peak in global emissions."

Climate analysts are less sanguine. IEA’s findings supported a trend found in other recent reports: that a sharp drop in coal generation was responsible for lower emissions in the United States and Europe — and that everywhere else the picture looked bleak.

Coal consumption continues to increase in China and India. Emissions from transportation, industry and other major sectors of the economy show little signs of decline. Some analysts even questioned whether IEA was overly optimistic about the United States, where it projected a deeper decline than America’s own energy forecaster, the Energy Information Administration.

The relationship between economic growth and emissions long has been a focus of climate efforts. Generally, when the world’s economy heats up, so does the amount of carbon dioxide pumped into the atmosphere. The three years between 2014 and 2016 were an exception, when energy efficiency measures and renewables growth offset emissions from increased economic activity.

There is reason to think 2019’s emissions pause will be similarly fleeting, analysts said.

Developing economies, led by China and India, continue to add coal plants at a rapid clip. China is building 99.7 gigawatts of coal capacity while India has 36.7 GW of new coal under construction, according to the Global Energy Monitor, a watchdog group. The United States, by comparison, has retired 32 GW of coal over the first three years of the Trump administration.

Weather events also helped keep down energy emissions. Monsoons in India, for instance, produced an increase in hydropower generation at the expense of coal. And while the global economy grew in 2019, it did so at a slower rate than 2018.

"We are seeing weakening of coal growth and strength in renewables, which is good news. We also see persistent growth in oil and gas, which is bad news," said Glen Peters, research director at the Centre for International Climate and Environmental Research in Oslo, Norway. "How the declines in coal and growth in oil and gas balance out will dictate if we get a peak in emissions, but my expectation is that emissions will remain between flat and slightly up for the next few years."

Others wondered about the discrepancy between the IEA and EIA findings. Where IEA forecast a 2.9% decrease in American emissions last year, EIA predicted a 2.1% decline.

The reason for the discrepancy was not immediately clear. The IEA analysis was preliminary, and the agency did not provide the underlying data for its analysis. It also did not respond to a request for comment. The agency is expected to release a more comprehensive analysis next month.

"Because the U.S. share of emissions is so large, it has a big difference on global trends," said Rachel Cleetus, policy director for the Union of Concerned Scientists’ climate and energy program. "Big picture, I have some questions about the underlying data."

The caveats don’t end there. IEA only considers carbon emissions from energy sources. It does not account for wildfires, for example — such as those that tore through the Amazon and Australia last year. The agency also does not measure methane emissions associated with natural gas use, which has dislodged coal from electricity markets in the United States and Europe.

Methane is a less potent greenhouse gas than CO2 when burned, but it is much more powerful when leaked from wellheads, pipelines and other oil field equipment.

Jackson was a contributor to a 2019 Global Carbon Project report that projected global emissions would grow by 0.6% last year. To date, success in taming global emissions has been limited to power plants.

"When do we start to bend the curve beyond coal to include transportation, in particular, but even natural gas?" Jackson asked. "We’re building natural gas plants around the world at breakneck pace, and we can’t continue to do that."

Analysts were quick to point to good news for climate in IEA’s findings. The agency reported coal generation in the United States and Europe fell by 15% and 25%, respectively, helping to drive emissions lower in both regions.

Japan, a country that recently has moved to replace much of its nuclear fleet with coal in the wake of the Fukushima Daiichi disaster, also recorded a notable decline, IEA said. Emissions there were down 4.3% in 2019, IEA said, as nuclear output rose to displace coal, gas and oil generation.

Those decreases helped offset emissions growth in other parts of the world, where CO2 emissions increased by 400 million tons.

Emissions have migrated with global supply chains. As manufacturing and industry shift from advanced economies to developing ones, CO2 output has increased in countries like China while emissions in America and Europe have declined.

Yet the two remain linked, he said.

"Production-based emissions in developed countries are beginning to look good for a lot of reasons," Wagner said. But it is also right that "Apple doesn’t produce iPhones in California and Volvo doesn’t produce cars in Sweden."

And that points to the big picture. Carbon emissions are global in scope. Emissions declines in some regions are welcome signs of progress. But CO2 emissions across the whole world need to reach net zero to reduce carbon dioxide concentrations in the atmosphere to sustainable levels.

"The slowdown is good news, but there is little in sight to tell us we are about to reduce emissions at the rates necessary for 1.5 [degrees Celsius] or 2 C," said Peters, the Centre for International Climate and Environmental Research analyst. Scientists say that for the world to avoid the worst effects of climate change, it has to limit temperature increases to 1.5 or 2 C.

By Peters’ estimation, the world is headed toward a global temperature rise of 3 C.