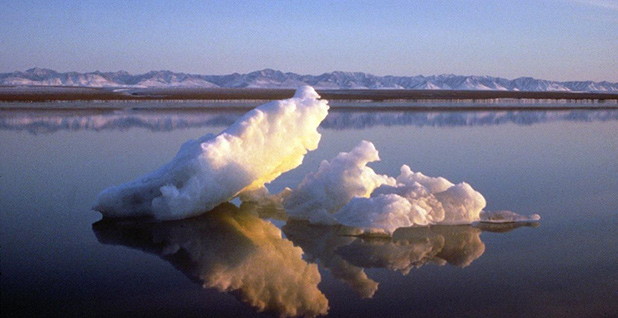 The Trump administration has proposed new regulations for oil and gas development along the Arctic outer continental shelf, including the Beaufort Sea. Fish and Wildlife Service

The Trump administration today proposed an overhaul of offshore oil and gas safety regulations in the Arctic, suggesting the removal of nearly half the provisions penned four years ago when the Obama administration took a tough stance on drilling in the far northern seas.

Officials said the new approach to regulating safe oil and gas development practices in areas like the Beaufort and Chukchi seas, off the northern coast of Alaska, would spur development and keep the United States active in a geopolitical region that’s grown busier over the years.

"As countries like Russia increase their presence in the Arctic — including the use of U.S. technologies to develop their seabed resources — it is increasingly important to ensure that the United States has a strong presence in the Arctic [outer continental shelf]," Deputy Interior Secretary Kate MacGregor said in a statement today.

The regulations, as proposed by the outgoing administration, would cut 29 of the 65 provisions in the Obama-era regulations. Interior would also revise and add provisions.

The Bureau of Safety and Environmental Enforcement did not say when the proposed rule would be published in the Federal Register, and a copy wasn’t immediately available by press time.

The Interior Department is in a rush to finalize high-priority decisions ahead of the January change in presidential administrations.

It’s recently pushed through new oil and gas regulations for the Forest Service and started the process to hold a first-ever oil and gas lease sale in the Arctic National Wildlife Refuge.

The proposed Arctic oil regulations would have a 60-day public comment period following publication, making it unlikely they will survive once President-elect Joe Biden takes office.

Walter Cruickshank, acting director of the Bureau of Ocean Energy Management, said the proposed regulations would streamline oversight and allow for "safe development."

"The Arctic is one of America’s truly unique and important ecosystems and the regulations we have in place to protect it should make sense," he said in a statement.

The 2016 Arctic exploratory drilling rule was flagged for review by a 2017 presidential order to streamline offshore drilling regulations and practices, an order that also called for a reconsideration of the well control rule — the set of standards implemented after the Deepwater Horizon explosion and fire that killed 11 men in the Gulf of Mexico in 2011.

The Trump administration finalized its revisions to the well control rule last year but took heat from environmental groups that said it increased risks of development offshore (Energywire, Dec. 19, 2019).

The original Arctic drilling regulations were criticized by industry, which said they would stifle potential development.

That year, 2016, the Obama administration also permanently removed large parts of the Arctic and parts of the Atlantic from future oil and gas leasing.

Because of the unique and difficult conditions of drilling in the far north, environmental groups have widely panned any attempt to allow federal oil and gas development, warning that federal agencies are not prepared for a Deepwater Horizon-level disaster under the Arctic conditions, said Leah Donahey, legislative director with the Alaska Wilderness League.

"Our view is that they should be strengthening safety regulation when it comes to spills, not limiting them," she said.