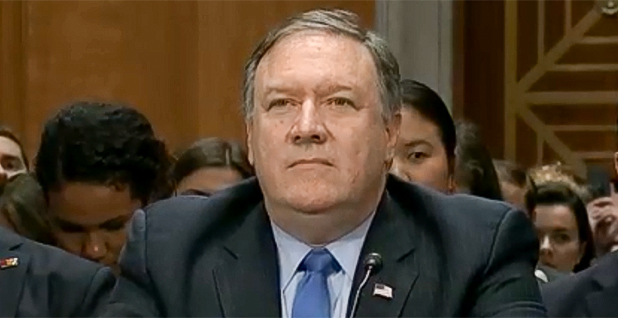 A pair of senators is drafting bipartisan legislation to strengthen sanctions against Russian energy interests, as Congress and the administration continue to grapple with the fallout from President Trump’s summit with Russian President Vladimir Putin.

Sens. Lindsey Graham (R-S.C.) and Bob Menendez (D-N.J.) will introduce comprehensive legislation in the coming days to make some sanctions in a law Trump begrudgingly signed last year mandatory, while also adding new penalties to punish Russia for interfering in the 2016 presidential election.

"We are fully committed to ensuring Congress maintains an active role in both confronting Russian aggression and ensuring that the executive branch takes the necessary steps to protect the U.S. and our allies," the pair said in a statement this week.

The bill will include "increased sanctions" on Russian energy and financial sectors, which were penalized under a 2017 law, although some of the energy penalties were discretionary (Energywire, July 26, 2017).

The summit in Helsinki has refocused attention on one Russian-specific energy project: the proposed Nord Stream 2 pipeline, which would carry Russian gas to Germany. Discussing the project during a press conference with both leaders, Trump called Putin a "good competitor" while questioning whether the pipeline was in Germany’s "best interests."

Upon his return to the United States, Trump was greeted by new Senate legislation, sponsored by Sen. John Barrasso (R-Wyo.), that would make sanctions against the pipeline mandatory (E&E Daily, July 18).

When asked whether he would target the pipeline in the upcoming bill, Graham yesterday said he was still "thinking about that."

Graham told E&E News the bill would be broad, adding, "I’m doing everything but the kitchen sink."

However, neither Graham nor Menendez was among the 39 senators who earlier this year urged sanctions against the developers of Nord Stream 2. The administration has said sanctions are under consideration.

In a floor speech last week, Menendez accused the administration of not taking the sanctions law seriously.

"The clear tone and intent that came from the Helsinki summit was one of accommodation, not of pressure," he said. "I don’t see any other way forward, other than through further congressional action, to forcefully call out and address the administration’s willful paralysis to Putin’s abhorrent behavior."

While the GOP-controlled Congress has been reluctant to confront Trump with legislation, sanctions are an exception. The Russian sanctions bill, which also penalized Iran and North Korea, sailed through both chambers last year by margins that essentially forced Trump to sign it or face a certain veto override.

With Trump’s equivocations on whether Russia interfered in his election, the resolve to send a message to Putin on sanctions has only grown.

Banking Chairman Mike Crapo (R-Idaho) — one of two committees with jurisdiction on sanctions — told reporters yesterday it was possible the panel could look at the existing sanctions regime as early as next week.

He called the current system "very extensive" but suggested tweaks may be in order.

"We have a very extensive sanctions system in place now," Crapo said. "What we’re looking at is whether we need to adjust or ratchet that up, or in some way add to it."

Senators on the Foreign Relations Committee — the second panel tasked by McConnell with reviewing Russia policies — yesterday pressed Secretary of State Mike Pompeo on sanctions during an at-times-tense hearing.

Pompeo bristled when asked by Menendez whether Trump had discussed relaxed sanctions with Putin, arguing that the president was entitled to keep his conversations with world leaders private.

However, Pompeo several times reiterated that U.S. policies on sanctions remain intact. "No commitment has been made to change those policies in any way."

He committed to working with Menendez and Graham on their new legislation and said that sanctions related to Russia’s 2014 invasion of the Crimea peninsula would remain intact until Russia returns control of the region to Ukraine.

Asked by Barrasso to assess how NATO allies view the completion of the Nord Stream 2 pipeline, Pompeo described a "mixed" range of opinions that vary depending on who is participating in the conversation.