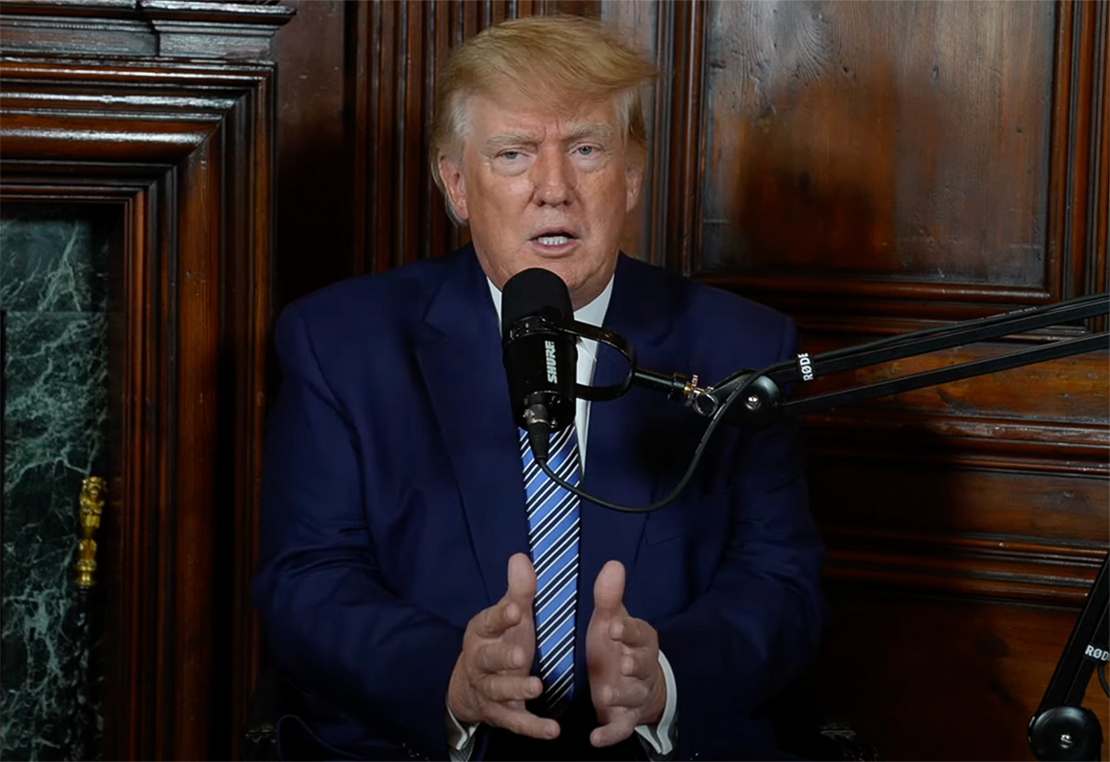 Former President Trump is returning to one of his favorite energy subjects: bashing wind energy.

In a podcast episode released yesterday, the former president went on an extended screed about wind turbines, which included many of his years-old debunked or out-of-context claims about their cost and environmental impact.

“They don’t work, they’re too expensive, they kill all the birds, they ruin your landscapes. And yet, the environmentalists love the windmills,” Trump said on the Full Send Podcast, veering off topic from discussion of the Ukraine invasion.

“And I’ve been preaching this for years. The windmills. And I had them way down. But the windmills are the most expensive energy you can have. And they don’t work,” he continued.

“And by the way, they last a period of 10 years. And by the time they start rusting and rotting all over the place, nobody ever takes them down,” he said. “They just go to the next piece of prairie or land and destroy that.”

Trump has long been a vocal opponent of wind energy, even years before he ran for president in 2016, including an unsuccessful fight against offshore wind turbines near his golf resort in Scotland.

He has frequently made the same charges about wind turbines — “windmills,” as he almost always calls them — in campaign and White House appearances (Climatewire, Feb. 11, 2020).

Wind energy is usually cost-competitive with other electricity generation sources in the areas with heavy concentrations. Turbines rank low among threats to birds, and utilities are usually required to property dispose of the materials after they can no longer be used.

Trump’s criticism of wind energy was a part of his discussion about Europe’s dependence on Russian energy, mainly through natural gas.

The former president said he warned then-German Chancellor Angela Merkel when he was in office about allowing the Nord Stream 2 pipeline to expand gas capacity from Russia to Germany.

“I preached loud and clear to Angela Merkel, ‘You are making a tremendous deal by making this deal with Russia with Nord Stream 2.’ And until I came along, nobody knew what Nord Stream 2 was,” he said on the podcast.

Trump said he sent Merkel a white flag to represent her “surrender” to Russia.

“They’re reliant, I will say, almost entirely … on Nord Stream 2, the pipeline,” he said. “And I sent her the white flag of surrender. And it’s turned out to be true.”