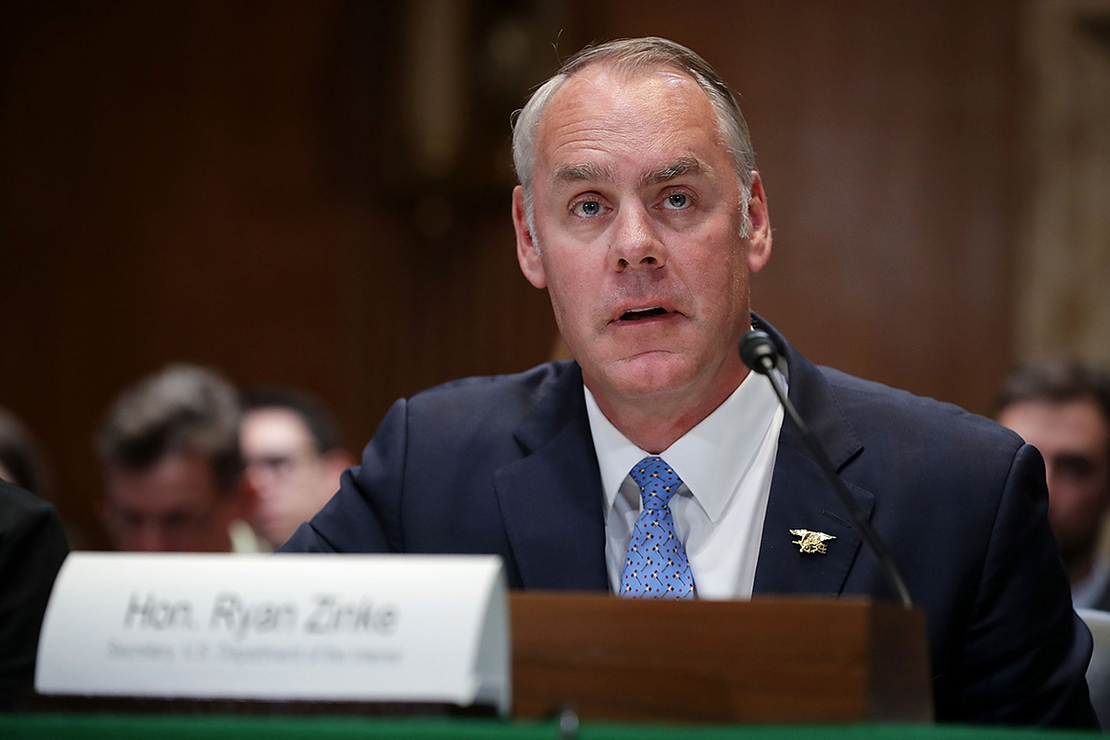 Zinke beat his closest rival, physician and former state Sen. Al Olszewski, by less than 2 percentage points, according to state election results that counted about 99 percent of the expected votes in the five-way primary. The Associated Press called the race for Zinke this evening.

“Thank you Western Montana for your confidence that America can be fixed and for ignoring the political BS. Thank you also President [Donald] Trump, Senator [Steve] Daines, and Governor [Greg] Gianforte for their complete and total endorsements,” Zinke said in a statement following AP’s call, referring to Republicans who endorsed him.

“We have a great team and dedicated volunteers who believe in American values. I look forward to working with Congressman [Matt] Rosendale on solving the hard issues that face America and the Great State of Montana. One State. Two US Representatives, one fight for freedom.”

“As a U.S. Navy SEAL, former congressman and Secretary of the Interior, Zinke has served this country admirably and will continue to do so come November,” he said in his own statement.

Olszewski said in a statement that he called Zinke to concede.

“We started as big underdog and ran a race based on the conservative principles of our Republican Party,” he said. “I want to thank all my supporters and team for their help. Together we accomplished so much and I want to thank my family who was with me throughout it all.”

Zinke served as Interior secretary from 2017 to 2019. He carried out an aggressively pro-fossil-fuel, anti-regulatory agenda for Trump but also took some strides toward increasing conservation and recreational opportunities.

He left in early 2019 under a cloud of numerous scandals surrounding allegations that he violated ethics standards. The Interior Department’s Office of Inspector General found earlier this month in one of the cases, involving a land deal with a foundation he started, that Zinke did not follow his ethics obligations and was not honest with investigators (Greenwire, Feb. 16).

He was expected to easily clear the primary field, owing to his Trump connections and his previous term representing Montana’s at-large congressional district from 2015 to 2017. The state gained a congressional seat due to the 2020 census.

But Zinke’s margin was within a few percentage points from shortly after the ballot counts started to be publicized late Tuesday, and Olszewski even briefly led in the count.

Zinke will face attorney Monica Tranel, who won the Democratic primary, in the November general election. Zinke has the edge due to the political makeup of the 1st District, but Democrats see the race as a potential opportunity.

“Montanans are seeking a leader who will show up to every town and every county to listen to real life concerns and experiences, and who will work together for common sense solutions,” Tranel said in a statement yesterday.

“Ryan Zinke had multiple chances to show up for Montanans, but instead of serving Montana, he served himself. Zinke’s record of corruption has contributed to a primary result that shows his own party does not trust him.”