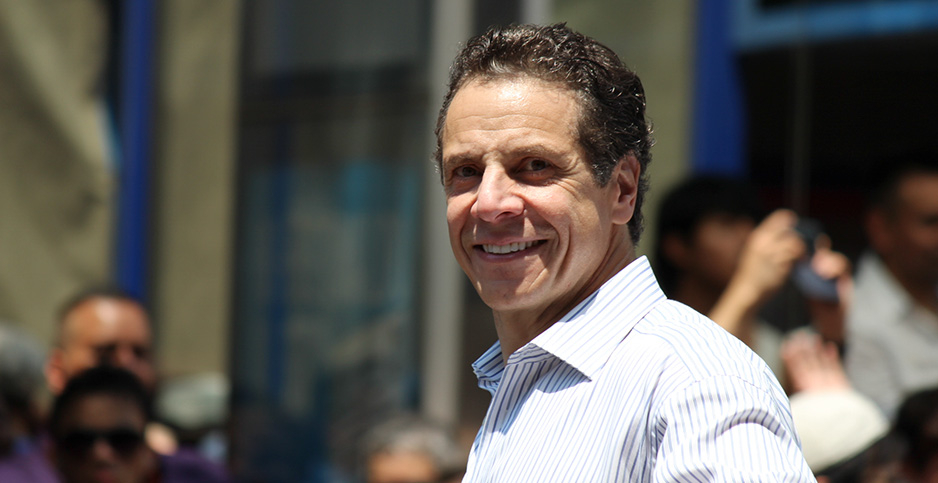 New York passed one of the most ambitious pieces of climate legislation in U.S. history in 2019. A year later, environmentalists and members of the state’s newly formed Climate Action Council are raising concerns about what’s being done to implement it.

The council, which was established to craft a plan for reducing emissions, has met just once since the law’s passage last June. Working groups intended to guide specific policy recommendations have yet to be staffed.

And council members say they’re unsure of the state’s progress on key initiatives, such as the establishment of a social cost of carbon and an updated greenhouse gas inventory. Both are supposed to be done by year’s end.

Concern over implementation of the climate law — officially the Climate Leadership and Community Protection Act (CLCPA) — comes as New York struggles to address the coronavirus pandemic and a wave of protests over the killing of black Americans at the hands of police.

The Empire State was the epicenter of the coronavirus outbreak in the U.S. and has seen massive demonstrations over police brutality.

Environmentalists concede the state has good reason for moving slowly given the crises it faces. But they argue New York needs to accelerate its efforts if it is to build the green economy and achieve the climate targets envisioned by the law.

"The faster we can get the CLCPA moving, the faster we will get to the place where the benefits that are envisioned can help with the multiple challenges we are facing," said Cecil Corbin-Mark, deputy director of West Harlem Environmental Action Inc., or WE ACT as the environmental justice organization is commonly known.

Mounting anxiety over implementation of the climate law was reflected in a letter sent to state officials Tuesday by NY Renews, a coalition of environmental groups. In it, the coalition expressed concern the state is not on track to meet the milestones laid out in the CLCPA.

Raya Salter, NY Renews policy director and member of the Climate Action Council, said the state has an opportunity to make a green economy central to its wider recovery efforts.

The law also required that a Climate Justice Working Group convene within six months of the legislation’s adoption. Members of that working group have not been appointed.

"The statute provides a timeline because the goals of the CLCPA are really intertwined with our recovery goals, or they should be in terms of making those win-win green investments," Salter said. "We will miss the window of opportunity as a state if we don’t sync those agendas."

There are some signs the CLCPA is taking hold.

The state amended its energy plan to reflect the law’s goals. A bill to expedite the permitting of renewable energy projects was passed as part of the state budget. And state regulators based their rejection of the controversial Williams pipeline on the law. The state Department of Environmental Conservation ruled the project, which would have delivered 400 million cubic feet of natural gas to New York daily, was inconsistent with the state’s climate goals (Energywire, May 18).

Playing out on parallel tracks is a debate at the New York Independent System Operator over whether to implement a carbon price and a proposal to build a transmission line that would bring Canadian hydropower into New York City.

The state also continues to pursue a massive build-out of offshore wind, but much of that effort hinges on federal officials to permit new facilities. Considerable uncertainty exists about where the federal permitting process stands after a project in neighboring Massachusetts was delayed last year over concerns from fishermen.

Members of the Climate Action Council said Alicia Barton, the CEO of the New York State Energy Research and Development Authority and the council’s co-chair, has made repeated attempts to schedule a virtual meeting in recent months. Each attempt ultimately fell through. Council members expressed hope a second gathering would be convened online later this month.

In a joint statement, NYSERDA and the Department of Environmental Conservation touted progress on the state’s environmental initiatives, including a permanent ban on hydraulic fracturing, a decision to include small peaking power plants in the Regional Greenhouse Gas Initiative — a cap-and-trade program for power plants — and record investments from the state’s green bank, which stood at $117.5 million in the fourth quarter of last year. The departments said they plan to solicit public comment on the cost of carbon this summer.

"The State is actively implementing the CLCPA, even as the State responds to the COVID-19 pandemic. We share our stakeholders’ sense of urgency," the departments said. "We will continue to advance a critical element of CLCPA implementation — the scoping plan — at the next Climate Action Council meeting, which is scheduled for later this month."

Members of the Climate Action Council sought to strike a balance in interviews with E&E News, saying they understood the constraints facing New York even as they urged state officials to accelerate implementation of the law. Several said it is unclear where state efforts to implement key provisions of the act stood.

Gavin Donohue, the president of the Independent Power Producers of New York Inc., a trade group representing power plant owners, said he did not know what progress had been made to establish a social cost of carbon. Donohue said he has seen little evidence of the state making moves to slash emissions outside the power sector, which has accounted for the vast majority of New York’s emission reductions in recent decades.

"Are there RFPs [requests for proposals] going out of the MTA? Are they for gas buses or electric buses?" he asked, referring to the Metropolitan Transportation Authority. "As a council member, I am disappointed with the flow of information and not knowing what the state regulators are doing to comply with the statute. We’re good in New York at writing press releases, but we’re a little less perfected at the art of implementation."

Cornell University professor Robert Howarth struck a similar tone. Howarth, who studies methane emissions from oil and gas operations, said he had made recommendations to state agencies about how to update New York’s greenhouse gas inventory, but he has not heard back from state officials.

"Bottom line is we’re not doing much, which is discouraging. Perhaps it is understandable, but we were off to a slow start even before that," Howarth said. "I assume agencies are doing a fair amount, but it is rather difficult to figure out."

Unlike many climate laws, the CLCPA places an emphasis on environmental justice. Yet considerable ambiguity remains over how it would be implemented in communities of color — which have borne a disproportionate share of deaths and hospitalizations during the coronavirus pandemic.

The law commits to earmarking at least 35% of the benefits of climate spending on environmental justice communities. But what constitutes a benefit and which communities would qualify has yet to be determined, said Eddie Bautista, executive director of the New York City Environmental Justice Alliance.

It’s encouraging that several state agencies said they would honor the threshold, Bautista said. He added that he was eager to see those regulations finalized, even though he understood why they had not been.

"The combination of a pandemic, the greatest police brutality protest ever, the greatest recession ever, with that kind of perfect storm, I would have been surprised if they hit all the milestones," he said. "It stands to reason that some things would fall through the cracks."

Corbin-Mark said he, too, understood the state’s challenges but added there is little time to waste. New York City was consumed by sweltering heat the past two Julys.

This year, residents are being urged to stay inside and limit their social interactions to avoid spreading the coronavirus. The dynamic speaks to the need for the state to make energy efficiency retrofits and install new air conditioning units in public housing, he said.

"This is a dangerous mix that is brewing now," Corbin-Mark said. "All of this speaks to the need to get the CLCPA moving."