10 things to know about the ‘most difficult ticket in town’

This story was updated Thursday, Sept. 22.

One week from today, the U.S. Court of Appeals for the District of Columbia Circuit will hear highly anticipated arguments in the unpredictable litigation over the Obama administration’s signature climate change rule.

U.S. EPA’s foes have raised a host of legal challenges to the Clean Power Plan, which requires states to develop and put in place plans to reduce carbon dioxide emissions from existing power plants.

Twenty-seven states — not including Nevada, which filed a friend-of-the-court brief in support of state challengers — and dozens of industries and labor groups are challenging the rule. EPA’s allies include another 18 states, cities, greens and industry groups.

All the arguments will be boiled down to 218 minutes next Tuesday, Sept. 27.

"It’s the most difficult ticket in town. … Maybe StubHub will be able to sell those tickets," Republican Oklahoma Attorney General Scott Pruitt joked last week at an event previewing the arguments.

Here’s what you should know ahead of the action:

Why care so much about the oral arguments?

Next Tuesday will present an opportunity to see where D.C. Circuit judges may come down on the legality of the Clean Power Plan. The questions they ask and the issues they bear down on could signal how they’ll rule. The U.S. Court of Appeals for the District of Columbia Circuit is particularly important given the unknowns in the Supreme Court. The vacancy that was created when Justice Antonin Scalia died earlier this year changed the high court’s dynamics, and observers are unsure the eight-member panel would have enough votes to take the Clean Power Plan case on appeal. That decision could hinge on the strength of dissent in the D.C. Circuit. If the Supreme Court does agree to take up the case, a 4-4 split decision would uphold the D.C. Circuit’s ruling. In the meantime, EPA remains blocked from implementing the rule until the litigation is resolved. 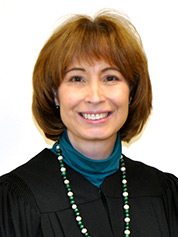 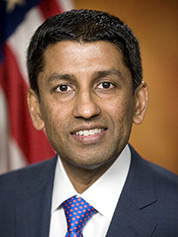 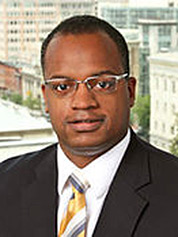 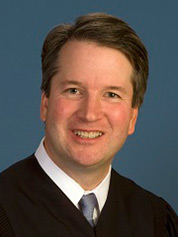 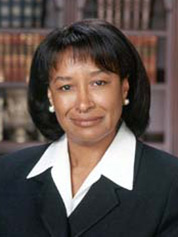 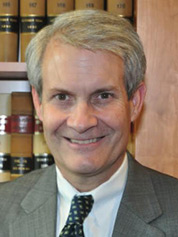 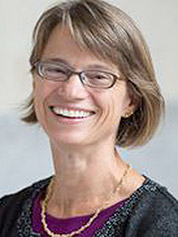 Who is hearing the case?

A three-judge panel typically hears oral arguments in the appeals court. But in an unexpected move this spring, the D.C. Circuit said the Clean Power Plan case would be heard en banc, or in front of the entire active court. Granting the case en banc review likely speeds up its resolution. Ten judges of the D.C. Circuit will hear the case: Karen LeCraft Henderson, Judith Rogers, David Tatel, Janice Rogers Brown, Thomas Griffith, Brett Kavanaugh, Sri Srinivasan, Patricia Millett, Robert Wilkins and Cornelia Pillard. One Democratic appointee, Chief Judge Merrick Garland, President Obama’s nominee for the vacant Supreme Court seat, is sitting out the case. Even without Garland, the panel tilts left, with six Democratic appointees to four Republican appointees. But while backers of the Clean Power Plan are hesitant to say a judge’s vote on the rule can be predicted by party affiliation, they believe they have an advantage in that D.C. Circuit judges are well versed in Clean Air Act issues.

What’s the schedule for arguments?

Oral arguments will kick off at 9:30 a.m. EDT in Courtroom 20 in the D.C. Circuit. The court has granted attorneys a total of 218 minutes to argue the various challenges, but arguments could extend beyond the allotted time at the judges’ behest. Sixteen attorneys will appear throughout the day to argue for and against the legality of the rule. Arguing the case for the Obama administration are Department of Justice attorneys Eric Hostetler, Amanda Berman, Norman Rave and Brian Lynk. The court will begin by hearing 70 minutes of arguments and rebuttal on statutory issues, followed by 44 minutes on opponents’ claims that EPA cannot regulate power plant emissions under two different sections of the Clean Air Act; 24 minutes on constitutional issues; 20 minutes on procedural issues; and 60 minutes on technical challenges, including that the rule’s objectives aren’t achievable.

Will there be a lunch break?

Which issues matter most?

The court says not to take the final schedule in front of the en banc panel as a judgment of the merits of any of the issues in the case. Tuesday’s schedule comes out of requests made by the parties in the litigation. The 150-plus challengers to the rule had requested five hours of oral argument spread out over two days in front of a three-judge panel, while EPA requested a little more than three hours. The court may feel that parties’ briefs more fully covered some issues than others and therefore do not require as much time during oral arguments. Still, the decision to hear the case in front of the full court signals that judges view the case as a whole as important.

Judges will consider several claims tied to EPA’s authority under the Clean Air Act and how transformative the rule is compared to past agency regulations. A key question the D.C. Circuit will have to answer is whether EPA’s best system of emission reduction, or BSER, in the Clean Power Plan fits within the constraints of the air pollution law’s Section 111. When shaping a BSER, EPA must consider emissions reductions, costs, environmental effects, energy requirements and whether the system has been "adequately demonstrated." EPA is also supposed to issue standards of performance for sources of pollution and give states flexibility to account for the remaining useful life of existing sources.

Challengers argue EPA violated the law by issuing a BSER that’s impossible for an individual regulated source to achieve. Instead, the rule relies on the electricity sector switching to natural-gas-fired power and renewable energy. If the Clean Power Plan is upheld, challengers argue, "Section 111(d) would be transformed from a limited provision into the most powerful part of the Clean Air Act, making the agency a central planner for every single industry that emits carbon dioxide." EPA, for its part, argues that power plants operate within an interconnected electric grid and that they’ve already been using generation-shifting to reduce CO2 emissions. Congress gave the agency the authority to consider a wide range of measures to reduce emissions from sources, EPA says.

How do recent court cases factor into the arguments?

The Supreme Court’s decision last year to not toss out EPA’s mercury and air toxics standards for power plants, even though it found EPA should have better considered the costs of the rule, helped keep alive a key argument that challengers have raised to the Clean Power Plan. Industry and state attorneys argue EPA cannot regulate power plant emissions under Section 111(d) of the Clean Air Act because the agency is already regulating emissions from those sources under Section 112 through the mercury rule. The issue arose because the House and the Senate passed two different versions of Section 111(d) into law in the Clean Air Act amendments of 1990. Critics argue that the House version bars EPA from issuing standards under the section for sources of pollution covered by other regulations. The Obama administration, on the other hand, argues that the Senate version said only that EPA couldn’t redundantly regulate a pollutant.

In recent weeks, challengers and EPA have wrangled over the impacts of other court decisions on the Clean Power Plan litigation. Opponents have claimed that federal court rulings in cases over a retroactive permit veto for a mountaintop-removal mine and a regional haze plan for Texas and Oklahoma support their concerns that EPA did not adequately consider the costs of the Clean Power Plan and its effect on grid reliability. EPA has downplayed the significance of the rulings. The agency has pointed to a separate case upholding the Obama administration’s social cost of carbon as boosting its own arguments on the Clean Power Plan.

What about market forces?

In the years since the Clean Power Plan was proposed, the market has been shifting away from coal-fired electricity to natural gas, solar power and wind energy. In the days leading up to the oral arguments, EPA’s allies have pointed to the changes as proof that the Clean Power Plan won’t result in catastrophic consequences for the country, as argued by EPA’s challengers. But supporters still contend that Clean Air Act regulation is needed to keep the transition going, to push laggard states into making changes and to deal with the negative externalities of pollution. Those transitions, and how administration officials have framed the rule as a game changer, could come up at Tuesday’s oral arguments.

Not exactly. Oral arguments in the D.C. Circuit typically last anywhere from 20 to 40 minutes. But in 2012, a three-judge panel of the D.C. Circuit heard more than five hours of oral arguments spread over two days in Coalition for Responsible Regulation v. EPA, massive litigation over other major Obama administration climate policies. The lawsuits challenged EPA’s Clean Air Act finding that greenhouse gases endanger public health and welfare, EPA’s tailpipe rule setting greenhouse gas standards for cars and light-duty trucks, and rules over when and how stationary sources could be regulated. The panel heard arguments from 11 attorneys over the two days — including some of the same attorneys who are scheduled to argue the Clean Power Plan next Tuesday. The panel — made up of two Democratic appointees and one Republican — issued a unanimous opinion upholding the regulations and denied petitioners the chance for en banc review of the decision. Sean Donahue, an attorney representing environmental interests in both the 2012 case and the Clean Power Plan litigation, said a difference between the two cases is that there are more business interests supporting the Clean Power Plan in friends-of-the-court briefs.

When will the court decide?

The court’s decision is likely to come after the November elections, but the timing is still up in the air. Judges could issue a ruling sometime in the winter. Once a decision comes out, parties will likely ask the Supreme Court to take up the case. If a decision comes out early enough, the Supreme Court could make a decision on whether to take up the case next spring. But the high court may not decide until the fall. In the meantime, the country will be under the leadership of a new administration. If Democrat Hillary Clinton is elected president, she’ll likely attempt to stay the course under the Clean Power Plan; Republican candidate Donald Trump, on the other hand, has vowed to get rid of the rule. Courts have ruled, however, that federal agencies must provide a reasonable explanation for why they are overturning the policies of a previous administration.

Click here for E&E’s guide to the legal battle.