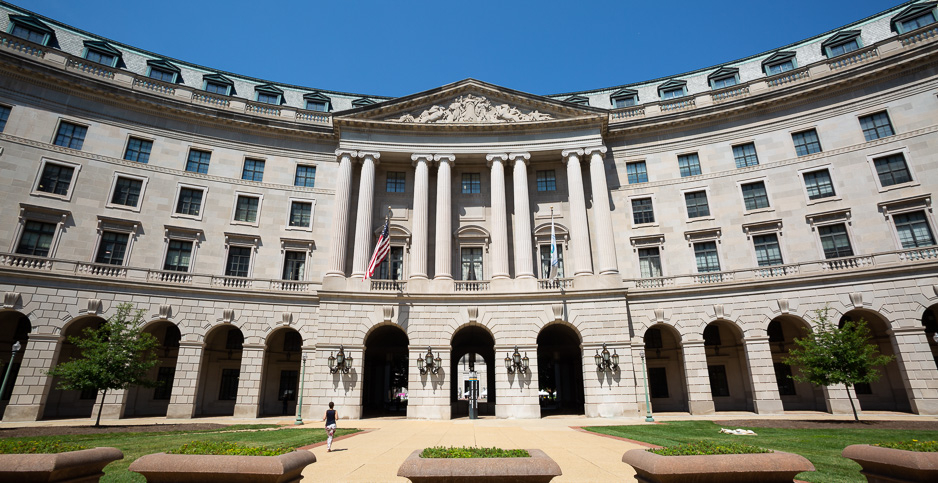 EPA is disbanding two of its federal advisory committees as a result of President Trump’s executive order targeting the boards.

The agency has recommended the Environmental Laboratory Advisory Board, or ELAB, and the National Advisory Council for Environmental Policy and Technology, or NACEPT, be terminated to comply with Trump’s order issued last June that required agencies to dissolve at least one-third of their advisory committees. Members of both panels were notified by EPA last week that their committees would no longer exist, according to agency emails obtained by E&E News.

"After conducting a thorough review with senior leadership of its 22 committees, the Agency recommended and the Office of Management & Budget (OMB) approved that the EPA not retain ELAB," said the email sent last Thursday to the committee’s members.

"The agency determined that there are existing committees and other mechanisms that can provide EPA with the guidance and work products that fall under ELAB’s charge," the email said.

Mike Delaney, a member of ELAB, told E&E News that the panel was a conduit from the environmental testing lab community to EPA regulators, especially for the drinking water, wastewater and site investigation programs, and served to bring issues to the agency’s attention.

"Because ELAB had a direct connection and a formality as a FACA committee, they [EPA] couldn’t ignore it," said Delaney, a scientist with a doctorate in analytical chemistry who is now an independent consultant after retiring from the Massachusetts Water Resources Authority last year.

"It gives it more weight and more consistency," he said. "It is not just one lab complaining; it’s the community."

Another member of ELAB said, "I think we provided value to the agency and the industry."

"That’s why we do this, to protect human health," said the ELAB member. "For them to believe that we don’t add value to their mission of protecting human health and the environment, I don’t agree with that. But that is for them to say."

Members of NACEPT also received an email with similar language from EPA.

"After conducting thorough review with senior leadership of its 22 committees, the agency is terminating NACEPT," said the email, also sent last Thursday.

A member of NACEPT told E&E News that with the panel terminated, EPA will have less expert guidance.

"Without expert external advice, I think EPA limits its ability to protect the welfare of the U.S. human population," said the member. "It’s impacting decisions related to environmental policy and technology, which have direct impacts on human welfare."

An EPA spokeswoman told E&E News that in compliance with Trump’s order, the agency conducted "a thorough evaluation" of its advisory committees and recommended those two panels for termination.

"Neither of these committees are mandated by statute. In evaluating the potential impact of terminating these committees, EPA identified other available opportunities to continue receiving expert advice on topics of interest to both ELAB and NACEPT," said the agency spokeswoman.

EPA thanked members of both committees for their contributions and encouraged them to apply to other advisory boards. ELAB and NACEPT will be the only two EPA panels terminated under Trump’s order.

"EPA will continue to engage with experts through all available avenues to ensure its work is sound and responsive to the American people that it serves," said the EPA spokeswoman.

"EPA is not reviewing any other committees for termination as part of the response to EO 13875," she said.

Genna Reed, a lead science and policy analyst in the Center for Science and Democracy at the Union of Concerned Scientists, said the decision to cut the two panels will give the public less chance to take part in crafting EPA policies.

"These two cuts are part of a pattern by this administration to remove science and opportunity for public input from the policymaking process," Reed said, adding that both panels have shown their value and "are only being cut because of this arbitrary executive order."

"There are fewer checks on the government as it takes a wrecking ball to environmental and health protections," she said.

EPA Administrator Andrew Wheeler said at a House hearing last month that the agency had reviewed about a dozen of its advisory committees in response to Trump’s order. He said the order would not hurt the agency, adding that some panels hadn’t met for years and questioning their usefulness.

"I don’t believe it will have any negative impact at all," Wheeler said (E&E Daily, Sept. 20).

Fourteen of EPA’s advisory panels were vulnerable for termination under Trump’s order because they were created under agency or presidential authority, according to an E&E News analysis of the FACA database. ELAB and NACEPT were both established under agency authority (Greenwire, June 17).

"My first thought was a sense of relief that the cuts weren’t greater and didn’t impact the BOSC [the EPA Board of Scientific Counselors] or the children’s health panel. I was very worried," said Burke, now a professor at the Johns Hopkins Bloomberg School of Public Health.

"Now, these cuts, particularly the ELAB, as we deal with PFAS and fracking byproducts that are difficult to detect, it is important to bring the high-level science to these challenges, and ELAB served this important function. I would hope this function continues."

Established in 1995, ELAB has 16 members and makes recommendations on EPA’s measurement programs and environmental accreditation to the agency’s administrator and science adviser as well as the Forum on Environmental Measurements. Its charter expired in July this year, and no work products from the committee during the last four years were used by the agency to drive changes to its regulations, priorities and other EPA actions, according to the EPA spokeswoman.

NACEPT, composed of 27 members, was created in 1988 to provide advice to the EPA administrator on general environmental management. Its work during the last four years focused on only two issues, citizen science and assumable waters, which has been limited in impact to EPA programs, according to the EPA spokeswoman. Its charter was up for renewal in June next year.

The NACEPT member said the panel, which last met in July, was full of experts ready to help EPA.

"What I remember about it is you had a group of extremely well-informed people thinking about climate extremes and how to protect people from climate extremes," said the member. "It is extremely disappointing but unfortunately not that really surprising."

"It’s a slap in the face to the environmental justice communities, communities of color and low-income communities," Reed said about the advisory panel’s termination.

Regarding ELAB, Delaney said its members had its monthly teleconference meeting in June but were told in July that its operations were suspended until a new charter for the panel was filed. In addition, conference call meetings for July, August and September were canceled. Then last week, the committee’s members were told the panel had been terminated.

"They didn’t ask us to defend ELAB and why we should keep it. They just put us on hold and then killed it. I didn’t like the process," Delaney said.