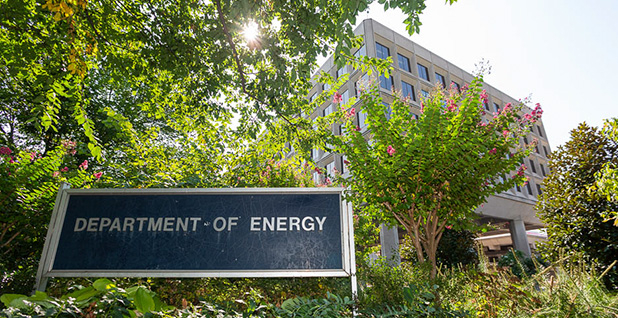 Two additional employees at Department of Energy headquarters have tested positive for the new coronavirus, according to an email sent to DOE employees yesterday, bringing to three the total number of announced cases among workers at the agency.

Energy Secretary Dan Brouillette said neither employee has been in the James V. Forrestal Building in Washington since March 19 or had any physical contact with other DOE staff in the workplace since that time.

"The employees are currently recovering while in self-quarantine. … [O]ut of an abundance of caution, DOE is both notifying employees who work in close proximity to the individuals of this case, and ordering a deep clean of the employees’ offices as well as the surrounding work areas," Brouillette wrote in the email, which was later posted on DOE’s website. "The health and safety of our workforce is our number one priority, and we continue to closely follow the guidance of both the [Centers for Disease Control and Prevention] and [the White House Office of Management and Budget], encouraging employees to maximize telework and practice ‘social distancing’ during this time."

Other energy and environmental agencies have also been grappling with the spread of the virus. EPA has seen 11 of its employees test positive, according to internal emails obtained by E&E News, while the Interior Department has seen the pandemic halt major policy initiatives, including a move of some of its operations out West (Greenwire, March 30).

Since the outbreak, Brouillette has highlighted work by the national laboratories to fight the virus.

Last week, DOE launched a supercomputing initiative with IBM and other technology companies to combat the pandemic (Energywire, March 25).