"Major policy differences aside, @EPAScottPruitt’s corruption scandals are an embarrassment to the Administration, and his conduct is grossly disrespectful to American taxpayers. It’s time for him to resign or for @POTUS to dismiss him," Curbelo, who co-chairs the bipartisan Climate Solutions Caucus, tweeted today.

Ros-Lehtinen, also a caucus member and set to retire this year, echoed the sentiment.

"When scandals and distractions overtake a public servant’s ability to function effectively, another person should fill that role," she said in a statement to HuffPost.

Pruitt has come under fire after reports that he was living part of last year in a Capitol Hill condo connected to a lobbyist whose firm’s clients have businesses before the agency (Greenwire, April 2).

Sen. Jim Inhofe (R-Okla.) today defended his fellow Oklahoman by saying Pruitt has been "instrumental" in achieving the president’s deregulatory agenda at EPA, citing his repeal of the Waters of the U.S. rule, fuel emission standards and exit from the Paris climate deal.

"So far, his reforms are estimated to save taxpayers over $1 billion in deregulatory savings. He’s been an effective member of the President’s team and I look forward to continuing to work with him to restore the EPA to its proper size and scope," Inhofe said in a statement to E&E News.

The White House is conducting a review of Pruitt’s lease on the condo and whether he paid market-value rent, but many conservatives are coming to his defense (Greenwire, April 3).

Another report came out this morning in The Atlantic explaining how Pruitt used an administrative loophole to secure large raises for two of his aides, defying White House objections.

Reporters asked Trump this morning about Pruitt, and the president replied, "I hope he’s going to be great," according to a pool report. 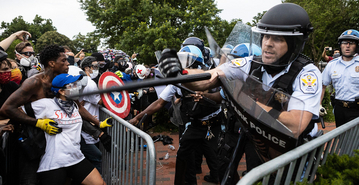 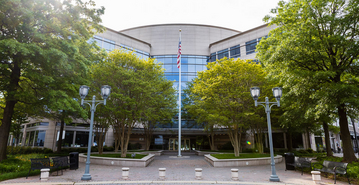