2021 was the sixth hottest year on record 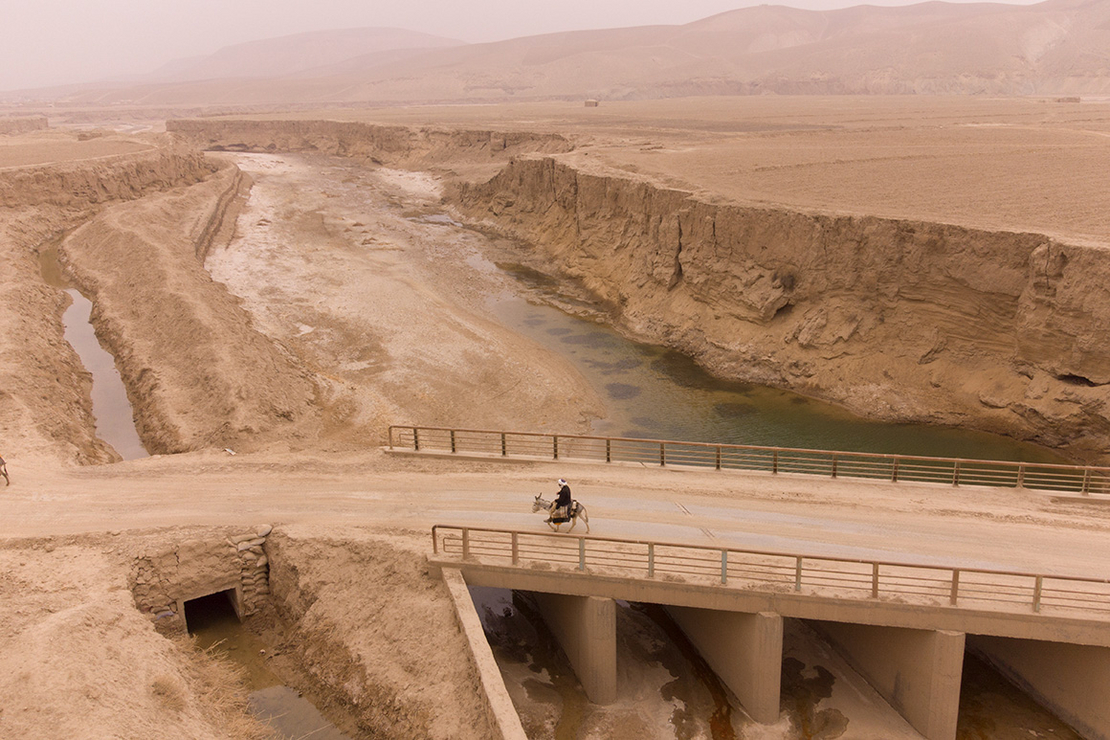 2021 was the Earth’s sixth hottest year on record, according to scientists from NOAA and NASA. Pictured, an Afghan farmer uses a donkey to carry water canisters across the dried-out river near Sang-e-Atash, Afghanistan, on Dec. 13. Mstyslav Chernov/AP Photo

Earth experienced its sixth hottest year on record in 2021, scientists from NOAA and NASA announced today. The title for all-time hottest year still goes to 2020.

It’s the latest installment in a relentless pattern of global warming, driven by greenhouse gas emissions.

The seven hottest years on record have all occurred in the last seven years. Each of those seven years has been at least a degree Celsius warmer than the 19th-century average, the baseline scientists use to estimate Earth’s temperatures before the industrial revolution.

Each of the past four decades has been warmer than the one before. And there’s been an overall warming trend on Earth for decades longer.

“It’s certainly warmer now than at any time in the past 2,000 years, and probably much longer,” said Russ Vose, chief of the analysis and synthesis branch at NOAA’s National Centers for Environmental Information, at a news conference announcing the findings today.

NOAA and NASA both rely on surface measurements to make their annual estimates of the Earth’s average global temperature. They use slightly different methods to calculate their results, meaning their exact findings sometimes differ slightly.

This year, NASA concluded that 2021 tied for sixth place with 2018, while NOAA found that 2021 was slightly warmer and holds the title all on its own. Still, the results between the two agencies largely agree.

They’re similar to findings recently announced by the European Union’s Copernicus Climate Change Service, which found that 2021 was the fifth hottest year on record. Copernicus uses different methods to estimate the previous year’s average temperatures, according to Vose, relying on a weather forecast model rather than surface measurements like NOAA and NASA.

While there may be some slight discrepancies about the exact ranking among various science agencies, the overall pattern is clear: The Earth is continuously warming, and each subsequent year fits neatly into the upward trend.

It’s not just global average temperatures that are increasing. The consequences of climate change, including extreme weather events and climate-related disasters, are also growing more severe all over the world.

Last year’s events killed a staggering 688 people, according to NOAA, the highest number of fatalities in a decade (E&E News PM, Jan. 10).

Worldwide, insured losses from extreme weather events exceeded $100 billion for only the third time since 1970, according to a report from global reinsurance company Swiss Re (Climatewire, Dec. 15, 2021).

Extreme events around the globe included Hurricane Ida, which killed dozens of people in the U.S. as it swept from the Gulf Coast to the Northeast; Typhoon Rai, which killed hundreds of people when it struck the Philippines in December; extreme wildfires in western North America, Europe and India; record-breaking floods in Germany; and an unprecedented heat wave in the Pacific Northwest.

Scientists have also recently announced that the world’s oceans reached their hottest levels on record in 2021 for the third year in a row (Climatewire, Jan. 12).

Scientists expect these patterns to continue in the coming years, as long as the planet continues to warm. According to Vose, there’s a 99 percent chance that 2022 will rank within the top 10 hottest years on record, and about a 50 percent chance it will reach the top five.