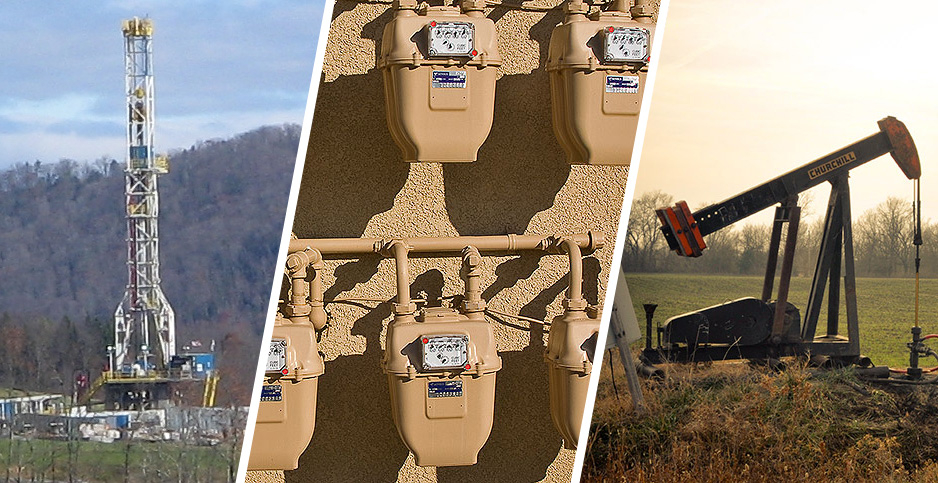 State legislatures are putting their stamp on issues that could shift the future of oil and gas, as the industry aims to get its grip on a uniquely volatile moment.

Lawmakers are promoting bills that would protect the oil industry and help it retain investors. Other legislators — sometimes in the same states — are pushing bills to cope with the downsides of drilling.

And an even broader spectrum of states are debating whether to phase out new natural gas hookups in homes and other buildings, or to prohibit governments from passing their own restrictions.

While the outcome isn’t clear yet — the legislative sessions are still underway in many states — the results could shape the industry for years to come. The Biden administration has set ambitious goals to address climate change, but states can move more quickly, said Jon Goldstein, director of regulatory and legislative affairs for the Environmental Defense Fund.

"There’s certainly been a tradition of states leading and then the feds coming along and setting the bar where the states have shown it can be set," he said.

At the same time, the fossil fuel industry still holds a tremendous amount of power in oil-producing states, and its members aren’t shy about reminding elected officials about the taxes they pay to state coffers and the need for energy.

"The Texas oil and natural gas industry serves as one of the most dynamic and innovative industries in the world, investing in and improving operations, our environment and our communities, and it is unfortunate that misinformation and misguided policies seek to end such progress for human life," Texas Oil and Gas Association President Todd Staples said in an email.

Here are three trends to watch that could remake the U.S. oil and gas sector:

In several states, lawmakers are weighing provisions that would boost the industry by either trying to remove financial obstacles or giving direct incentives. It’s unclear if all of the measures will pass, although they are generally being considered in states with Republican-controlled legislatures.

In Texas, the state Senate passed a bill this week aimed at protecting the oil industry’s access to banks and other financial institutions, for example. It was introduced early in the session after state leaders criticized the trend toward investment funds that prioritize environmental, social and governance issues.

S.B. 13 would allow Texas’ pension funds to divest from any institutions that "boycott" fossil fuel investments.

The state comptroller would have authority to weed out "bad actors that wish to deny capital to the oil and gas industry," Republican state Sen. Brian Birdwell, the bill’s sponsor, said in a hearing last week.

In North Dakota, the second-biggest oil-producing state, the Legislature is working on a bill to facilitate underground gas storage, which would benefit industry by extending the lives of some oil fields. S.B. 2065 would allow carbon dioxide to be pumped underground either for long-term sequestration or for enhanced oil recovery in depleted fields. It would also allow natural gas that’s currently being burned in flares to be stored underground.

The Legislature passed a similar measure in 2019, but a state court ruled in January that it was unconstitutional because it didn’t adequately compensate surface landowners for the use of "pore spaces" beneath their property. The current version has been amended to address those concerns.

Legislators are also pushing for tax cuts. Montana, which has a relatively small oil industry, is considering a measure that would lower the tax rate on low-producing wells known as "strippers."

In Oklahoma, which is dependent on the oil industry for most of its state revenue, the Republican-controlled House has passed a bill that would phase out the corporate income tax over the next five years.

Lawmakers said the tax-cutting proposal, H.B. 2083, would eventually pay for itself by growing the economy and encouraging companies to relocate to Oklahoma. The state Senate hasn’t held hearing on the bill.

"Oklahoma needs a pandemic rebound and competitive boost in the race for jobs," state House Speaker Charles McCall (R) said in a statement.

The states are also showing concern about the potential for a long-term decline in the oil industry from the COVID-19 pandemic, climate policy and the long-term shift to renewable power sources.

In New Mexico, the third-biggest oil producer, Gov. Michelle Lujan Grisham (D) this month signed S.B. 112, which creates a task force to help the state diversify its economy and reduce its reliance on drilling and mining.

New Mexico also passed a law that allows the state to set stricter air pollution regulations than the federal government’s.

"We’ve seen the devastating effects of a federal administration that does not prioritize public health and the environment — now, New Mexico is in the driver’s seat," Lujan Grisham said in a statement.

Even Republican-controlled states are taking steps to protect industries from a shift away from fossil fuels. Texas and North Dakota are both considering bills that require some oil companies to provide higher bonds, which would allow local officials to plug abandoned oil wells if their operators go out of business.

Last year, 46 oil and gas producers filed for bankruptcy, the most since 2015, according to the law firm Haynes & Boone LLP.

The Texas bill, H.B. 2868, would increase the "blanket bonds" that some operators use to cover groups of wells. It would also require state regulators at the Texas Railroad Commission to annually adjust the bond amounts for individual wells.

"Even though most operators are good actors, there are currently over 6,000 abandoned wells in Texas," said the bill’s sponsor, Democratic state Rep. Oscar Longoria. "By adjusting the bond amounts … we provide the state and the Railroad Commission with more resources to address the problem of abandoned wells."

The bill was left pending in a committee after trade groups and some of the committee’s members said they were concerned about raising the costs on small oil and gas companies.

Dozens of cities across California followed suit with their own versions of a building gas ban, and the idea has spread to a limited number of municipalities in blue states like Massachusetts, New York and Washington.

But the counterreaction that resulted from those local anti-fossil-fuel initiatives has far outpaced their spread.

Lawmakers in as many as 23 states have since introduced industry-backed bills that would preemptively block municipalities from limiting natural gas in buildings. In eight states, preemption bills have become law, including in four states this year already: Arkansas, Kentucky, Utah and Mississippi.

Typically framed as a consumer-friendly way to ensure "energy choice," those bills have sought to stifle municipal discussions over how to promote building electrification and phase out natural gas. Buildings are often the top source of urban emissions, making their combustion of fossil fuels a central focus of cities’ climate debates.

In Pennsylvania, for example, the country’s second-largest producer of natural gas, state Sen. Gene Yaw (R) has introduced S.B. 275, which would stop municipalities from banning a utility connection based on the specific fuel type that would be delivered to a home or business.

Nick Troutman, Yaw’s chief of staff, said the bill includes all energy sources, not just natural gas, and is needed to "make certain that Pennsylvania households and businesses continue to have the ability to have choice with regards to which energy source they have available to them."

The legislation is a response to growing pressure, he said, from groups looking to ban certain types of energy, including natural gas. Philadelphia’s sustainability officials have commissioned a study into the future of the city’s public gas utility, and Pittsburgh has instituted ambitious energy efficiency goals as part of its building codes.

"There are several Pennsylvania cities and municipalities already discussing net zero carbon emissions by certain timeframes," Troutman said in an email. "While they are not proposing direct bans [on natural gas], they are utilizing changes to their construction codes to achieve that objective."

Municipal officials that want to embrace all-electric buildings and phase out natural gas have faced a tough path forward, outside of California, since state building codes tend not to allow for radical changes to the fuel mix.

That was abundantly illustrated in Massachusetts. After the Boston suburb of Brookline enacted the East Coast’s first restriction on building gas use last year, it was shot down by the state attorney general’s office on the grounds that it conflicted with statewide codes.

A climate law passed last month in Massachusetts subsequently created the possibility for cities to opt into a "net-zero" building code. The details of that, though, will be up to the state’s code officials — meaning they’ll soon become the objects of campaigning by advocates of building electrification as well as gas interests and real estate groups (Energywire, March 29) .

"So far, many cities have found it difficult to replicate what cities and towns in California have done," said Amy Turner, a senior fellow for the Cities Climate Law Initiative at Columbia University.

The wave of laws upholding the role of natural gas may underscore how seriously local utilities and the gas industry at large regard the threat, said Turner. "The gas industry is going to have to keep expanding its customer base in order to expand its business," she said.

"It’s really existential for them," she added.

Correction: A previous version of this story contained inaccurate information about a proposed low-carbon fuels standard in New Mexico. It did not pass the state Legislature.