3 environmental rollbacks could result in 13,900 deaths 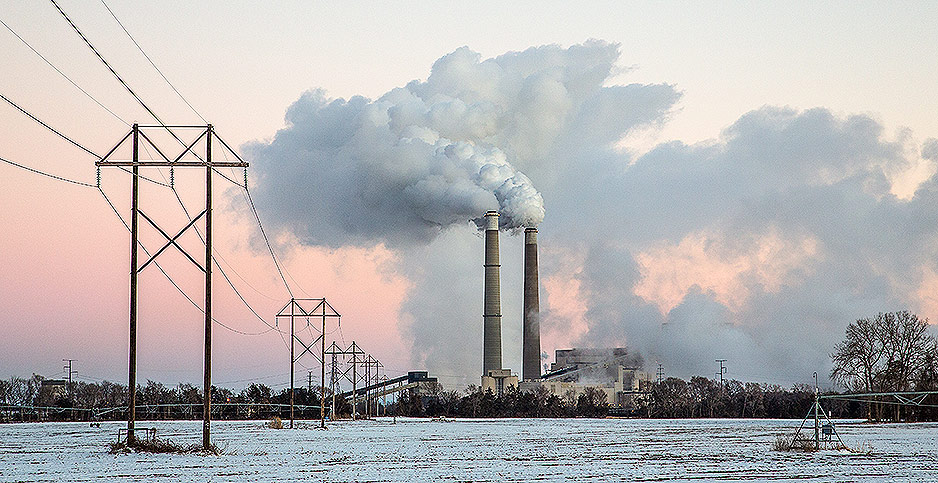 A key data point has been buried in the back-and-forth over the Trump administration’s rollback of former President Obama’s climate legacy: EPA’s own research has found that lifting public health protections on air pollution could kill thousands of Americans.

Much of the discussion has focused on what the reversals mean for the warming planet, weighed against the economic cost of those regulations. There’s a more immediate effect: Reducing CO2 is often linked to a reduction in fine particle air pollution, which kills millions of people globally every year.

The Obama administration crafted rules to limit emissions at power plants and bar some heavy trucks. Under President Trump, those regulations are being reversed. And so are the lives that the Obama rules would have saved, estimated by EPA to number almost 14,000.

"These rollbacks have a tendency to provide some benefits for industry at the cost of increasing the number of people who die or become ill from pollution," said Daniel Shawhan, a fellow at Resources for the Future and a researcher at Cornell University’s Dyson School of Applied Economics and Management.

The Department of Energy is expected to craft a plan to keep coal-burning and nuclear power plants operating, likely by arguing that they are necessary for national security. At the same time, the administration is looking at scrapping the "co-benefits" of some climate rules in considering their cost, which would eliminate the rules’ protections against fine particle pollution.

A study published by EPA researchers and other academics earlier this month in the Proceedings of the National Academy of Sciences found that fine particulate matter kills almost 9 million people worldwide each year, more than double a previous estimate from the World Health Organization.

Yesterday, at an event for Child Health Day at EPA headquarters, acting EPA Administrator Andrew Wheeler said the Obama administration’s calculation of health benefits was "suspect." He said that the Trump administration’s rollback of vehicle emissions rules and the Clean Power Plan would not affect public health protections.

There is no level of air pollution that does not affect humans, and the higher its concentration, the greater the risk of premature death, said Joel Schwartz, a professor at Harvard University’s School of Public Health. Air pollution controls, not climate considerations, accounted for most of the economic and health benefits of the Clean Power Plan, Obama’s rule on power plants.

"The climate-related rules have air pollution co-benefits, so that hasn’t gotten enough attention," Schwartz said. "They’re missing that they’re breathing the air, so they’re going to be breathing the air tomorrow, and there is this strong anti-regulatory agenda that is proceeding on many different fronts that is going to make the air dirtier."

The coming year is expected to bring additional efforts to boost the energy industry and, in particular, the struggling coal industry. That could cause another spike in deaths, said Shawhan of Cornell, who has studied the effects of industrial plants. In a peer-reviewed paper to be published in the journal Energy Policy, he and other researchers concluded that the proposed policy by the Department of Energy would cause 27,000 premature deaths over 25 years. It would require grid operators to purchase power from coal and nuclear plants.

"Burning coal is a particularly effective way of releasing a lot of health-damaging pollutants into the air, and so policies that affect the amount of coal that is burned tend to have a big impact on projected premature deaths from air pollution," Shawhan said.

Here are a few of the possible rollbacks by the Trump administration.

The Mercury and Air Toxics Standards would avert 11,000 premature deaths every year, according to EPA figures. It’s estimated to prevent 130,000 asthma attacks and 4,700 heart attacks, while saving up to $90 billion annually in human health costs. The 2012 rule requires reductions of emissions of mercury, arsenic and acid gases from power plants. The administration announced it was reviewing the plan in August.

A weakening of the Clean Power Plan and its replacement with the Affordable Clean Energy plan could result in 1,400 premature deaths a year as a result of air pollution by 2030. It could also cause 100,000 asthma attacks, according to EPA. By contrast, the agency projected that the Clean Power Plan could prevent 1,500 and 3,600 premature deaths per year in that time.

The glider truck rule would prevent 1,500 premature deaths, according to EPA figures. It would prevent 620 heart attacks and 370 asthma attacks, the agency found. The rule would allow the use of older engines in semitrucks, creating more pollution.

The Trump EPA has defended its action on the Clean Power Plan by arguing that the rule is focused only on greenhouse gases, and that other pollutants, such as fine particle pollution, are addressed in other regulations. The Obama administration counted the co-benefits of reducing air particle pollution, such as estimated benefits of between $37 billion and $90 billion for the Mercury and Air Toxics Standards.

An EPA spokeswoman pointed out that the CPP never went into effect and that the ACE plan would achieve emissions reductions compared with now, with no plan in place.

"Compared to the world as it stands now, the ACE rule will result in dramatic reductions in emissions, including CO2, mercury, and fine particulate matter precursors," spokeswoman Enesta Jones said in a statement. "Thus, implementing ACE as proposed will also result in reduced mortality and morbidity effects such as asthma-related hospitalizations."

The administration has touted the economic effect of rolling back the rules, saying that it could save billions of dollars.

The data-crunching that goes into any regulation, or deregulation, is not immune to politics and is designed to boost the administration’s argument for its actions.

Determining the health impacts of any rule is essentially educated guesswork, but it undergoes a peer-review process and has been the subject of reports by the National Research Council of the National Academies, said John Graham, a former head of the White House Office of Information and Regulatory Affairs under President George W. Bush.

It’s also difficult to fact-check the estimates after the rules go into place because projections of mortality, or lives saved, cannot be validated since changes in the death rate are small compared with the total deaths from those causes, said Graham. (Graham is a member of EPA’s Science Advisory Board selected by former Administrator Scott Pruitt.)

Still, when EPA officials make estimates about preventing premature deaths with a regulation, it’s not as political as some might think.

"They are not as vulnerable as some Washington skeptics might think," Graham said. "The political staff of agencies have to persuade the career staff to make changes to technical inputs, obtain appropriate references, redo computer modeling, obtain credible peer reviews and so forth. This is not easy for political officials to engineer, and it certainly would take a considerable period of time."

Even if there is a debate on the exact number of premature deaths that could result from a policy shift, there’s a vast body of science showing that air pollution kills.

The Obama administration proposed rules that would have resulted in significant reductions in fine particle pollution. Under Trump, those premature deaths won’t be avoided, said Paul Billings, national senior vice president for advocacy with the American Lung Association.

"We’re talking about a wide range of adverse health consequences: additional asthma attacks, emergency room visits, cardiac events, lost days from work and school, and the ultimate adverse health effect, premature death," he said. "Each of these proposals is taking pollution reductions that were on the books and rolling them back, which would mean more pollution in the air causing these very significant health consequences."

The health impacts of emissions regulations are an important way of measuring their usefulness, but that part of the debate over climate policy is too often ignored, said Nader Sobhani, a climate policy fellow at the libertarian Niskanen Center. Incorporating those kinds of costs would bolster the arguments for deep reductions in CO2 emissions because they have direct and measurable benefits for human health, he said.

Laura Kellogg, a mother of asthmatic children who stood at Obama’s side as he signed the Clean Power Plan, said its rollback will hurt people throughout the country. The costs saved by industry are being transferred to families, said Kellogg, who is a registered nurse and trained asthma educator. She said it will hit the most vulnerable the hardest.

"The burden is going to be paid by those who are suffering from the effects of air pollution, especially those with chronic lung conditions," Kellogg said. "This has a whole domino effect, the economics of asthma: Kids are missing school; parents are missing work, having to incur the expense of medical visits and medications. It certainly is a cycle, and the burden is paid by those who are suffering."