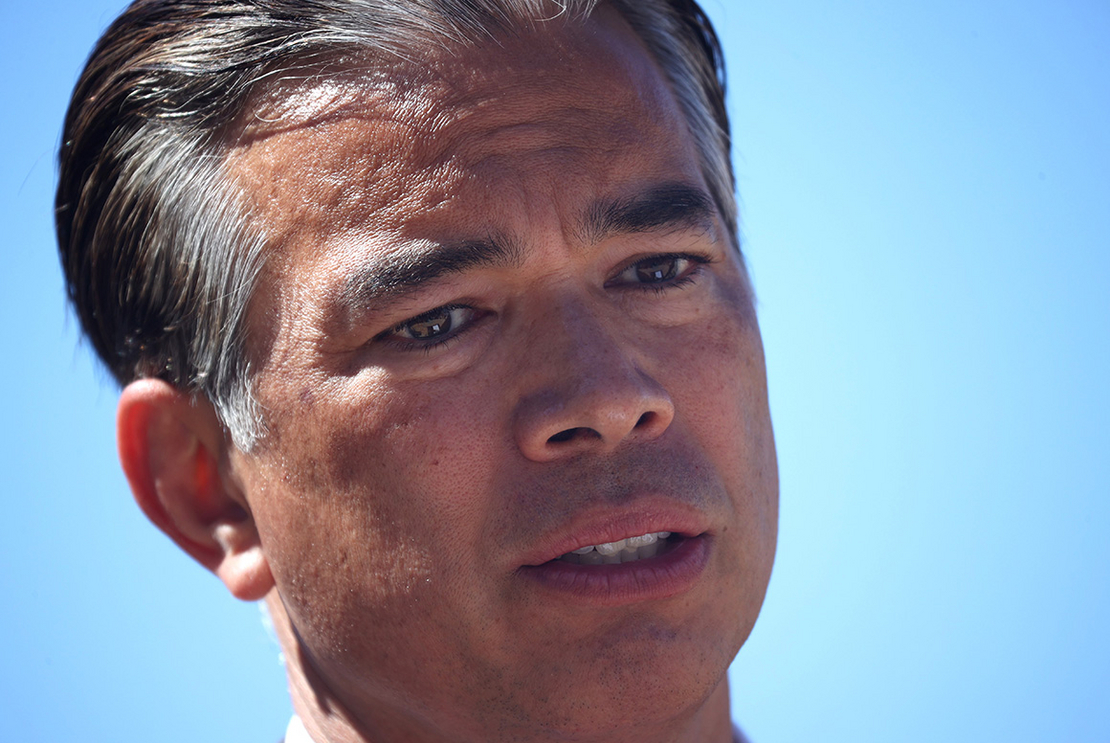 California Attorney General Rob Bonta (D), along with the attorneys general of Oregon and Washington, criticized a federal analysis of a natural gas transmission expansion proposal as inadequate and said it would violate state climate change laws. Justin Sullivan/Getty Images

In the draft EIS, FERC said the modifications would result in “limited adverse impacts on the environment” and that most of those would be short-term. The draft did not characterize the significance of the project’s climate change impacts because FERC is engaged in a separate proceeding to determine emissions from natural gas projects.

In a protest comment, the attorneys general from Washington, Oregon and California say that FERC should deny the project because it does not serve a public need in a region transitioning away from fossil fuels in favor of renewable energy. A separate comment from the three states decries “critical flaws” in FERC’s environmental analysis and argues that the project should not proceed without consideration of the associated greenhouse gas emissions.

Those emissions mean the project would violate the states’ climate change laws, which each require cutting greenhouse gas emissions and transitioning to 100 percent renewable energy, the attorneys general said. For example, Washington’s Climate Commitment Act contains a cap-and-invest program for large-emitting facilities. Expanding the Starbuck Compressor Station in Walla Walla County, Wash., would more than double operational emissions, “moving in the wrong direction, against the progressive reductions in the overall allowance budgets for emissions in Washington,” the attorneys general wrote.

The comment also notes that downstream emissions associated with the project would violate emissions reduction mandates in Oregon and it “may be reasonably assumed” that the project could increase natural gas deliveries to California, challenging that state’s mandates. Additionally, the comment notes, expanding natural gas infrastructure could run counter to the country’s emissions reduction goals. “If the United States is to achieve its policy goals, it must stop expanding fossil fuel infrastructure and emissions must rapidly decline,” the states write.

TC Energy, the Canadian fossil fuel company, proposed GTN XPress to boost its market penetration in the Pacific Northwest and bolster the link with its British Columbia pipeline system. The project would involve upgrades that would improve turbine performance at the Athol Compressor Station in Idaho, the Kent Compressor Station in Oregon and the Starbuck Compressor Station. According to TC Energy’s plans, the services are anticipated to begin construction in April 2023 and be operational in November of that year.

In a statement, TC Energy said the company is “proud of the support” the project has received from labor, communities and neighbors and is “committed to continuing our dialogue as we create long-term opportunities, including jobs and economic benefits in the region.”

“Natural gas is a critical component of any strategy to meet our North American energy needs today and in the future and has contributed to reduced greenhouse gas emissions on the continent,” the company said. The project “is designed to upgrade our system to meet increased demands from our customers in the region, providing the reliable energy to communities throughout the Western U.S. in a safe, responsible and reliable manner.”

In its own comment on the draft EIS, TC Energy wrote that operational greenhouse gas emissions would be lower than FERC estimated, at 129,943 metric tons of carbon dioxide equivalent. The comment did not address any additional climate change concerns.

The analysis comes as FERC debates how best to consider the climate change impact of large natural gas projects. In February, the commission’s Democratic appointees approved an overhaul of natural gas pipeline assessments, but reversed course in March amid criticism (Energywire, March 25).

Without that policy, FERC’s draft EIS could not reach a determination of the GTN XPress project’s climate impacts.