3 things to watch during the Republican convention 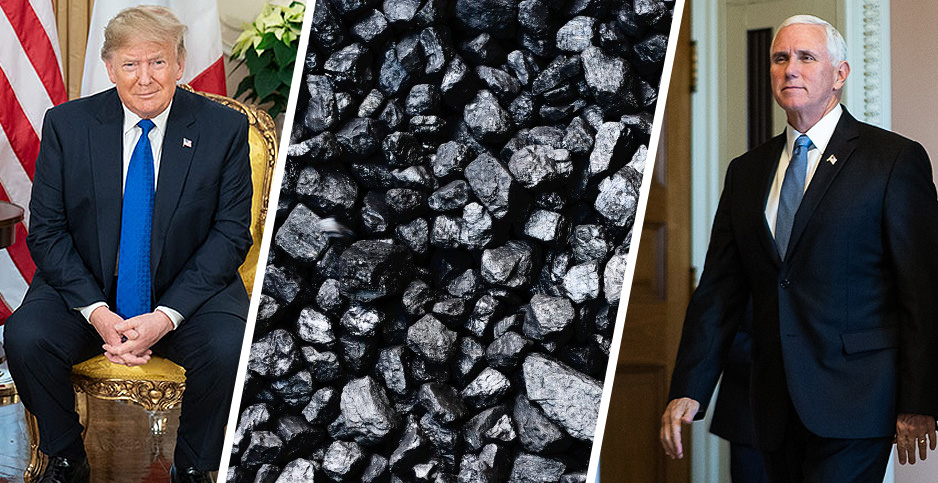 Republicans will convene this week as the party pitches another four years of Donald Trump, championing his support for the oil and gas industry and seeking to paint Democratic challenger Joe Biden as a threat to energy independence.

Trailing in the polls amid the novel coronavirus pandemic, Trump of late has stepped up efforts to highlight his administration’s efforts to roll back environmental regulations and ease restrictions on oil and gas drilling as a central argument for another term. He’s expected to speak every night at the four-night Republican National Convention.

"I’m hoping he’ll argue that, ‘Under me, the Trump administration achieved energy superiority; we’re No. 1, and it happened under our watch,’" said Mike McKenna, a former Trump energy adviser. "If you give the keys to the car to this Mr. Biden, the first thing out of the gate he’s going to ban fracking and blow up America’s energy supremacy, and we’ll be going to go back to importing."

The Republican National Committee announced yesterday afternoon there will be no new Republican platform for the 2020 convention — but that it would "continue to enthusiastically support the President’s America-first agenda."

Trump has struggled to articulate a second-term agenda and his campaign late yesterday issued a list of what it called "core priorities for a second term," which include his intent to "continue a deregulatory agenda for energy independence."

Trump told Fox News in an interview that aired yesterday that he’d "strengthen what we’ve done and I would do new things."

There did not appear to be any energy-related convention speakers on a list the campaign released yesterday — unlike in 2016, when Harold Hamm, then the biggest driller in the Bakken Shale, cast environmental regulations as enablers of terrorism (Energywire, July 21, 2016).

But White House advisers suggested it remains a theme.

"The big picture here is to continue the agenda of deregulation, tax cuts, energy dominance and fair trade deals," Peter Navarro, assistant to the president on trade and manufacturing policy, told Fox News yesterday. "And that’s exactly the opposite of what the Biden administration would do."

Here are three issues to watch as the Republican convention takes place:

Trump won Pennsylvania — which had backed Democratic presidential candidates since the 1980s — by a razor-thin margin in 2016, and he’s making a concentrated effort to do so again.

Trump campaigned there Thursday, hours before Biden accepted the Democratic nomination, accusing his opponent of supporting a ban on hydraulic fracturing, which has boosted the economy in southwestern Pennsylvania but has considerable detractors. Biden does not support a fracking ban but has pledged to end new drilling on public land. Most fracking is conducted on private land.

Trump won the state four years ago by a margin of less than 1 percentage point — some 44,292 votes. Analysts at research firm ClearView Energy Partners noted Friday that tally "roughly corresponds to direct employment in the energy sectors and energy-intensive metallurgical sectors that President Trump has sought to preserve with his policies."

Biden argued last week in his convention speech that Trump’s mishandling of the COVID-19 pandemic has left the U.S. economy "in tatters." And he’s pledged to rebuild the economy and create jobs with a $2 trillion climate change plan that includes green energy.

Biden’s focus on an anemic economy under Trump "may reach energy-sector voters, too," Clearview noted, pointing to a recent slump in coal and steel employment in Pennsylvania.

A BW Research Partnership survey released Friday showed a 14% decline in U.S. energy-related employment since the start of the pandemic and estimated it could take 16 years to recover the 1.14 million energy jobs lost since February.

It estimated Pennsylvania had shed more than 50,000 energy-related jobs. The state lost over a quarter of its fossil fuel workforce, or 8,900 jobs.

"Pennsylvania may be the exception," ClearView said. "Winning Pennsylvania may not hinge entirely (or even partially) on energy, but energy still seems likely to be a factor in both campaigns’ outreach to voters in the state."

Recent polls suggest a tightening of the race in the state. A Muhlenberg College/Morning Call survey last week found Biden with a narrow 4-point lead, within the poll’s margin of error.

Environmentalists counter that Trump’s embrace of fossil fuels only invigorates younger voters and turns off female voters who are increasingly worried about climate change.

Trump advisers have said they believe Democrats handed Trump a selling point by rolling out the Green New Deal to tackle climate change. And Trump has assailed the plan on the campaign trail as something "written by a child."

Still, advisers are hoping he will make more of a push to link the Green New Deal to what they see as unsustainable costs.

Though polls suggest that an increasing number of voters say climate change is a concern, McKenna countered that few voters want to pay more money to address it.

"You start talking about what Biden plans on spending on climate right away, and I think Biden loses everybody," McKenna said.

The League of Conservation Voters Victory Fund said last week that it expects Trump to attack what he sees as a "radical" environmental agenda and possibly to revive his past critiques of wind power.

"We can expect that rather than acknowledging and addressing the systemic racism at the root of so much environmental injustice in our country, Trump will instead continue to stoke fear and hatred," the political committee’s memo said.

As environmental groups knock Trump for dozens of environmental rollbacks over his first term, industry trade groups have welcomed recent moves by the Trump administration, like replacing Obama-era rules on methane emissions from the oil and gas sector (Energywire, Aug. 14).

Last week, the American Petroleum Institute, which released a series of state polls aimed at bolstering support for the industry, also released a video with clips of Biden speaking in favor of oil and natural gas.

Titled "No Malarkey," a nod to a favorite Biden catchphrase, the video features a montage of undated clips of the former vice president.

"We’re in a position to own the 21st century," Biden says in one of the clips, citing cheaper natural gas prices in the U.S. "North America will remain the epicenter of energy."

The Obama administration pursued an "all-of-the-above strategy," but Biden’s climate change plan is far more aggressive in seeking to phase out fossil fuels.

But the oil and gas industry group said it hopes Biden would moderate if elected: "The view from behind the Resolute Desk in the Oval Office is different than from behind a podium on the campaign trail, and whoever wins the election should leverage America’s energy resources to advance national security, support the economic recovery and power U.S. manufacturing," Bethany Aronhalt, a spokesperson for API, said in a statement.

Trump campaigned in 2016 on coal, but his administration’s efforts to revive the industry have faltered as cheaper natural gas and renewables have displaced coal as a source of energy.

It could be a factor, though, in states like Pennsylvania, where ClearView analysts noted the state has a deep affinity to the coal industry as the nation’s No. 3 producer of the fossil fuel.

Trump promised at his 2016 convention that "our miners are going back to work again," but jobs hit a record low under his administration.

There were close to 90,000 coal-mining jobs in 2012, compared with 46,600 today, according to the federal Bureau of Labor Statistics. In the last decade, more than 300 coal-fired power plants have been retired, eliminating many coal-related jobs.

The administration has argued that Trump ended what one DOE official called the Obama administration’s "eight-year war on coal by eliminating the top down federal mandates that were destroying coal producing communities" (Energywire, June 22).

And the Department of Energy’s Brouillette has argued there’s a "bright future" for coal, citing research into alternative uses, including extracting critical materials for battery storage.