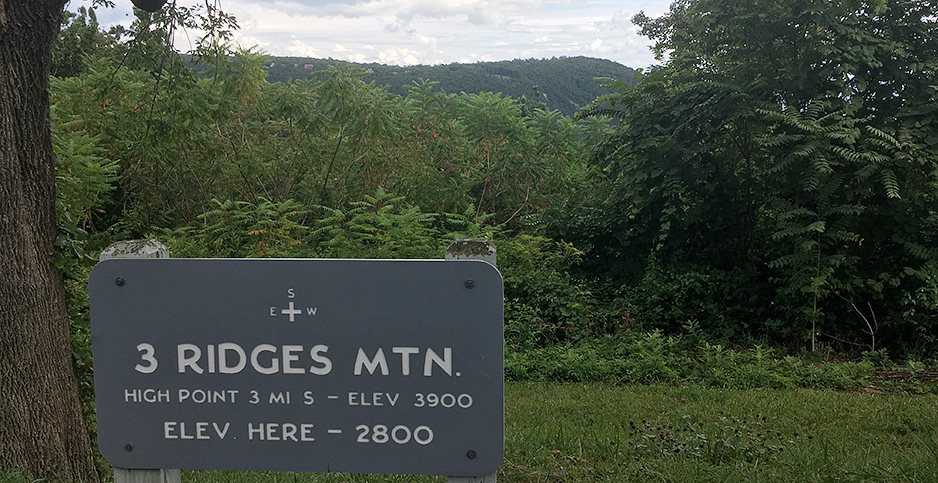 A contentious battle over the Atlantic Coast pipeline’s crossing beneath one of the nation’s longest hiking trails will arrive at the Supreme Court this morning.

Project developers and the Trump administration have asked the justices to find that the Forest Service has the power to permit the natural gas pipeline to burrow hundreds of feet beneath the Appalachian Trail along the project’s path between West Virginia and North Carolina.

In a pair of consolidated cases slated for an hour of oral argument today, Dominion Energy Inc., Duke Energy Corp. and other Atlantic Coast pipeline backers joined forces with the federal government to attempt to overturn a lower court ruling that said the Forest Service had improperly approved a permit for the 600-mile natural gas project to tunnel beneath the trail in the George Washington National Forest.

With a colorfully worded December 2018 opinion that referenced Dr. Seuss’ "The Lorax," the 4th U.S. Circuit Court of Appeals found that the Forest Service had misread its land-use mandate, the Mineral Leasing Act (MLA), and the National Trails System Act (NTSA), which governs the National Park Service, to allow the Forest Service to authorize pipelines to cross the Appalachian Trail where the path falls on National Forest System lands.

Construction on the Atlantic Coast pipeline has been on hold since the 4th Circuit struck down a key Fish and Wildlife Service permit for the project. Litigation over the Federal Energy Regulatory Commission’s certificate approving the pipeline’s route is also on ice in the U.S. Court of Appeals for the District of Columbia Circuit pending the outcome of the Supreme Court showdown.

Here’s a look at what to expect during oral arguments this morning.

The pipeline and the government

Pipeline builders and the federal government will split their time before the justices this morning.

First, Clement said, he will argue that pipeline challengers conflate "land" controlled by NPS under the NTSA and National Forest System land that is simply "traversed" by the Appalachian Trail, which falls under the Forest Service’s purview.

"Their argument doesn’t really work," said Clement, who previously served as solicitor general under George W. Bush and has now argued nearly 100 cases before the Supreme Court. "That will be a big point that we will make."

Clement said he will also highlight how the 4th Circuit’s decision would affect pipeline development on federal trails across the country.

"The idea that Congress, without ever really acknowledging it, decided that all those tens of thousands of trails would be effectively barriers to pipeline infrastructure, I think, is just a very hard argument to make," he said.

Clement said there is "no question" under the NTSA that NPS administers the Appalachian Trail but does not assume responsibility for national forests that the trail crosses.

"It’s just a bit much," he said, "to disregard five decades of federal government practice."

Justice Department attorneys representing the Forest Service will fight the 4th Circuit’s finding that NPS has power over not only the surface "footpath" where the Appalachian Trail crosses National Forest System land, but also the point 600 feet underground where the pipeline would cut beneath the trail.

"At a minimum," the government wrote in a brief to the court, "that holding raises questions regarding whether the Forest Service may continue to administer and manage those slivers of forest land crossed by the Appalachian Trail in accordance with the same Forest Service authorities, priorities, and objectives that apply to the surrounding forest lands."

Michael Kellogg, founding partner of the law firm Kellogg, Hansen, Todd, Figel & Frederick PLLC, will approach the lectern to argue on behalf of the Cowpasture River Preservation Association and other green groups opposing the pipeline.

Southern Environmental Law Center senior attorney D.J. Gerkin, who argued the case before the 4th Circuit, said the environmental organizations will argue that the administrative record in the case makes it "very clear" that the Appalachian Trail is part of the National Park System along its entire length.

In FERC’s draft environmental impact statement for the project, NPS commented that the Appalachian Trail as a whole is considered to be a unit of the National Park System.

The Forest Service also told FERC that NPS is the lead federal administrator for the entire trail, "regardless of land ownership."

"I don’t know what is in the other lawyers’ heads," he said, "but if I was in their shoes, the record should be a concerning point."

Gerkin also said to watch for arguments over distinctions between administration of the trail and management under the NTSA. The environmental groups say the Forest Service’s management authority is reserved for day-to-day decisions like tree trimming and law enforcement.

Like Clement, Gerkin also contended that his side is aligned with historical precedent. He noted that the Atlantic Coast pipeline and the neighboring Mountain Valley pipeline would be the first projects to cross the Appalachian Trail on federal land under MLA authority.

"The plain text is what it is, and of course, for 50 years, this is in fact what the agencies have been doing," Gerkin said.

"The trail is part of the park system."

A ruling upholding the 4th Circuit’s decision could force Atlantic Coast pipeline builders to reroute the pipeline over state and private land instead.

Dominion spokeswoman Ann Nallo said the pipeline’s path has already undergone hundreds of changes since the project was proposed. The current route, she said, is on the most suitable terrain and avoids "sensitive cultural areas."

Any changes would require additional consideration of other potential impacts and potential land condemnation, she said.

Alterations would also impose additional costs for developers. Dominion recently announced that the project is now estimated to cost $8 billion, an increase from the company’s most recent estimate of $7.3 billion to $7.8 billion.

West Virginia Attorney General Patrick Morrisey (R), who led the coalition of 18 attorneys general supporting the project, said in a press conference last week that the 4th Circuit had "clearly erred" in its decision.

Morrisey estimated that 1,500 jobs in West Virginia, where the pipeline would originate, would be affected if the pipeline did not move forward.

"I’m cautiously optimistic that we will be prevailing," he said.

If the Supreme Court decides that the Appalachian Trail is not NPS land, that would be a big deal, said the Southern Environmental Law Center’s Gerkin.

The NPS Land Resources Division lists hundreds of units of land where other agencies have jurisdiction.

A ruling that walks back the agency’s control, Gerkin said, "casts a cloud on all the Park Service authority to do its work in those areas that Congress expects them to do."

Oral arguments begin at 10 a.m. at the Supreme Court.