3 trends set to shape oil and gas this year 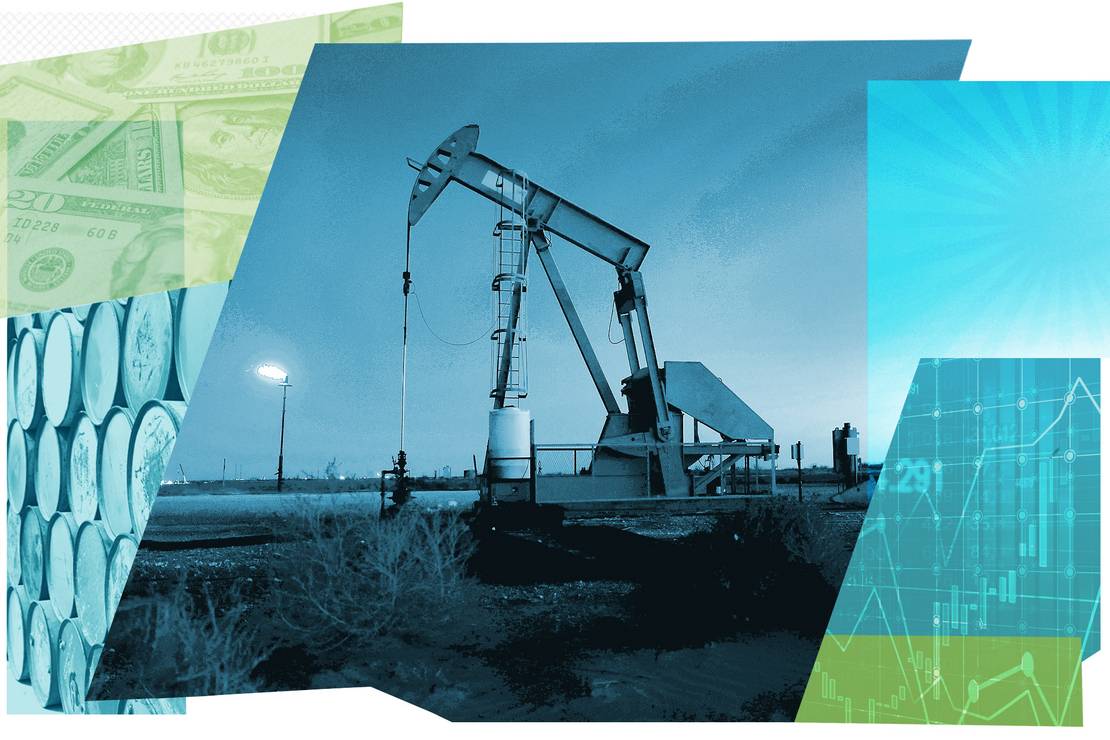 After posting record profits in 2022, oil and gas companies say they’re preparing to ramp up investments in clean energy and new technology this year.

Exxon Mobil Corp. has said it will spend about $3.4 billion annually on alternative energy over the next five years, about 15 percent more than its plans last year. Chevron Corp. — the nation’s second-largest oil company — said it will more than double its clean energy spending from last year to $2 billion in 2023.

The industry’s plans will get a boost from the Inflation Reduction Act, the massive climate law that includes $369 billion in tax credits and other incentives to promote technologies such as carbon capture and low-emissions sources of fuel and power (E&E News PM, Aug. 16, 2022).

At the same time, the oil industry is being criticized for not spending more of its profits on renewables and low-carbon energy.

Both Exxon and Chevron plan to allocate more than 80 percent of their total energy spending to traditional oil and gas, not low-carbon fuels. Exxon plans to spend $20 billion to $25 billion annually on all forms of energy. Chevron’s total capital spending will be $17 billion in 2023, including spending by its affiliates,.

That level of investment is inconsistent with the goal of limiting climate change to 1.5 degrees Celsius, and Big Oil’s limited spending on cleaner forms of energy isn’t enough to offset the climate-warming emissions from its oil and gas operations, said Thom Allen, an analyst with the nonprofit group Carbon Tracker Initiative.

“The only way they can really reduce their emissions is to cut production,” he said.

Overall, the industry has locked in plans to spend $58 billion on oil and gas projects globally that will push the global temperature rise past the 1.5-degree-Celsius threshold, according to research by Carbon Tracker.

The oil companies see it differently.

“We view our success as an ‘and’ equation, one in which we can produce the energy and products society needs — and — be a leader in reducing greenhouse gas emissions from our own operations and also those from other companies,” Exxon CEO Darren Woods said in a statement announcing the company’s spending plan.

Here are three trends to watch with oil and gas in 2023:

Since October, three of the biggest global oil and gas producers have bought companies that produce natural gas from landfills, wastewater plants and other sources.

The gas, known as biomethane or renewable natural gas, qualifies for tax credits under the Inflation Reduction Act, and also for state tax credits in California. The fuel can be used to produce electricity on-site, or it can be purified and shipped through pipelines like conventionally sourced gas.

Also, Chevron Corp. bought Beyond6 LLC, a U.S.-based company that operates compressed natural gas fueling stations as part of a plan to sell renewable gas as a vehicle fuel. The companies didn’t disclose the terms of the deal.

Renewable gas currently is a relatively small source of the overall gas supply. At full capacity, it could make up 13 percent of U.S. gas needs, said Johannes Escudero, CEO of the Coalition for Renewable Natural Gas, a trade group.

Some traditional oil and gas producers say that renewable gas is a way to complement their investments in wind and solar generation.

The companies “were not all with us 11 years or five years ago, but they’re coming our way,” Escudero said.

The energy industry is also looking for ways to cut greenhouse gas emissions, primarily methane, released by its legacy natural gas production. The pressure on the industry was apparent in 2020 after the French utility company Engie SA backed out of a deal to buy liquefied gas from a Texas-based exporter because of the amount of methane pollution associated with the cargo (Energywire, Nov. 4, 2020).

In response, producers, pipeline companies and exporters began hiring third-party companies to certify the level of emissions from their operations. About 30 percent of U.S. production is now certified in some way, said Brian Miller, senior vice president for public policy and growth at Project Canary.

Miller estimated that the amount of certified gas could grow to 50 percent of all U.S. natural gas production in a few years as utility companies and other end users have begun to demand more information about the pollution associated with the fuel they buy.

Southern Co. subsidiary Virginia Natural Gas said in November that up to a third of its customers’ gas will come from low-emissions sources after a state law allowed the company to recover the added cost from its ratepayers. Other utility companies are exploring similar deals, Miller said.

EPA is preparing to finalize regulations on methane emissions from oil and gas production, too, and the Inflation Reduction Act imposes a fee on some large operations that emit more than 0.2 percent of their gas production.

The regulations are helping to create a market for companies like Project Canary, which use a variety of monitoring technologies to detect gas leaks and certify an operation’s level of emissions. Project Canary provides constant monitoring of well sites and other facilities, and it’s working on technology that will allow buyers to quantify the emissions from the individual pad sites their fuel comes from.

“If I’m a chief financial officer or a general counsel at an energy producer, and I want to be able to sleep at night, given forthcoming requirements and disclosures, I’m going to want to take a belt-and-suspenders approach with technology” and get as much information as possible, Miller said.

The Inflation Reduction Act is also expected to boost carbon capture and storage (CCS), as well as carbon removal, which several oil companies are counting on to help reduce their emissions.

According to a database maintained by the Clean Air Task Force, oil and gas companies unveiled multiple carbon capture projects in 2022. As the industry assesses the Inflation Reduction Act, more projects are expected to be announced in 2023, and others are projected to move from the planning phase to construction.

For example, BP is looking at possible CCS retrofits at refineries in Indiana and Washington state, company spokesperson Josh Hicks said in an email, noting, “we see BP refineries as a key source of demand for CCS because of their intent to decarbonize.”

Additionally, funding from legislation like the bipartisan infrastructure law passed in 2021 may eventually help carbon capture on natural gas power plants, according to John Northington, director of the National Carbon Capture Center, in a December webinar organized by the Department of Energy.

“I think with the opportunities that are currently available through the [bipartisan infrastructure law] funding and, as we’ve been talking about today with the 45Q tax credit, I think there is a tremendous opportunity coming up in the next five- to 10-year period where there will be the opportunity for those technologies … for carbon capture technology to be deployed at a natural gas combined-cycle site, but others, as well, across industrial sectors,” Northington said.

Meanwhile, Occidental Petroleum Corp. is doing site preparation activities and building the roads for a direct air capture plant called DAC 1 outside of Odessa, Texas, according to an email from Will Fitzgerald, an Occidental spokesperson. Initial construction on the plant — which would extract CO2 directly from the atmosphere — began last year.

Fitzgerald said Occidental ’s plans for 2023 include continued construction, working “with our partners on efficiency improvements that will reduce DAC costs,” and ongoing “engagement with organizations who are looking for decarbonization solutions.”

The project’s location will allow Occidental to inject captured carbon dioxide into a saline aquifer, generating tax credits, or use the carbon dioxide to boost production from aging oil fields in the region, CEO Vicki Hollub said on the company’s most recent analyst call.

Asked about the use of CO2 in enhanced oil recovery, Hollub said, “The world cannot afford a climate transition by cutting out completely oil and gas production.”

“Oil production is going to be needed for decades to come, and using CO2 in enhanced oil recovery is a way to produce a net-zero emission oil,” Hollub said on the Nov. 9. call.

At the same time, inflation has pushed the plant’s cost estimate to $1.1 billion, Hollub said, up from a previous range of $800 million to $1 billion. Analysts asked about the combination of inflation and rising interest rates on the direct air capture project and Occidental’s broader low-carbon venture division.

“Given the project financing, the economic return may not be as good as before,” Paul Cheng, an analyst at Scotiabank, said on the call.

The new year could bring clarity for a jumble of projects that have been proposed to export liquefied natural gas from the United States.

Currently, seven terminals are operating in the lower 48 states, and five are under construction. The Federal Energy Regulatory Commission has approved 11 more, but not all of them have lined up the financing and gas delivery contracts that they need to proceed with construction.

Some companies have struggled, including Driftwood LNG’s proposed terminal in Calcasieu Parish, La. The company has begun clearing the site and building roads, but it doesn’t have financing in place to build the machinery and plants for the $13.8 billion project, The Wall Street Journal reported in November.

It’s likely that some other projects will fall by the wayside, while others will be successful for a variety of reasons, including the cost of their gas supply and their ability to control costs and their environmental footprint, said Charles Riedl, executive director of the Center for Liquefied Natural Gas.

“The market’s going to probably determine that,” Riedl said in an interview. “The point being, some are going to move, and some aren’t.”

“The urgency for Europe is very real,” he said.

Carbon Tracker and other environmental groups are watching the construction boom out of concern that any new projects could essentially lock in the gas export trade — and the drilling that comes with it — creating another barrier to cutting overall emissions.

Allen, at Carbon Tracker, said there’s a risk that LNG companies will wind up building stranded assets. While the war in Ukraine has driven up gas prices in the short term, the International Energy Agency said in December that growth in gas demand is expected to cool off over the next few years as European countries expand their portfolios of renewable power generation.

“For a while, gas has been seen as a bridge fuel — it has lower emissions than oil,” Allen said. “The shine on that bridge fuel argument has gone in the last year.”

U.S. LNG exports are expected to climb to new highs in March, according to the U.S. Energy Information Administration’s most recent short-term energy outlook — if the Freeport LNG facility in Texas returns to service this month.

“When Freeport LNG resumes, we forecast U.S. LNG exports will establish a new record close” to 12.5 billion cubic feet per day in March, EIA said in the report, released Dec. 6. The agency said it expects LNG exports to reach 12.7 Bcf per day by the end of 2023.

In an update on Dec. 23, Freeport said it didn’t expect to begin the initial restart of the facility until the second half of January (Greenwire, Dec. 23, 2022).

This month, a PHMSA spokesperson said Freeport has not yet filed a request to restart.