3 trends to watch with Big Oil 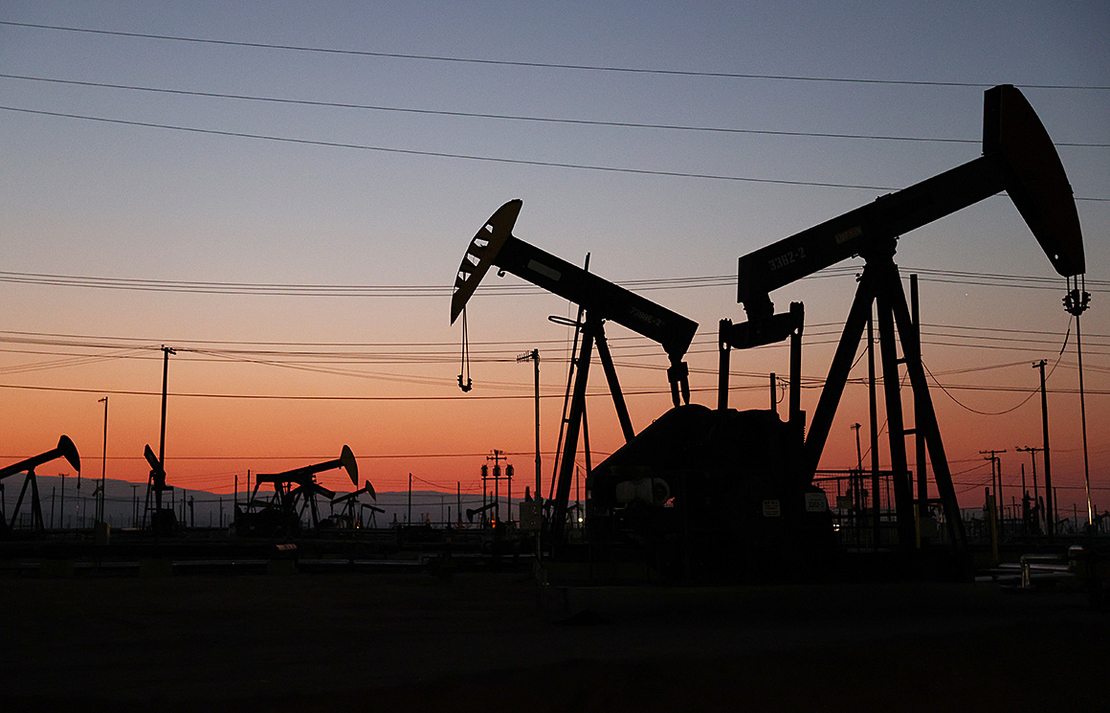 Big Oil finished 2021 on a roll, with high prices boosting companies’ profits for the full year, according to earnings reports released over the last two weeks.

The trend has brought some swagger back to the big U.S. producers, and to some extent to their European peers, after they collectively lost tens of billions of dollars during the coronavirus pandemic and the global recession.

Despite ongoing pressure from climate investors and net-zero emissions pledges, oil companies — particularly big U.S. producers like Exxon Mobil Corp., Chevron Corp. and ConocoPhillips — are arguing that the world will need oil and gas for decades.

“It’s becoming increasingly clear that the energy transition isn’t going to happen with the flip of a switch,” ConocoPhillips CEO Ryan Lance said on a call last week with analysts.

“The simple reality is that most alternative energy sources still have a long way to go toward becoming as scalable, reliable, affordable and accessible as the world needs them to be,” Lance said.

For European companies BP PLC and Shell PLC, which have invested aggressively in new forms of energy, high oil prices are providing a cushion that could help them through the transition. BP expects to grow its earnings from oil production through 2030, even as it focuses on other types of energy, CEO Bernard Looney said yesterday.

Oil prices broke over $90 a barrel last week. That’s the highest level since 2014, and it likely guarantees another profitable quarter for the oil producers. The high prices could influence global emissions because they give companies an incentive to keep drilling, even though companies say they’ll use higher profits to buy back shares and pay dividends.

But even as the companies talked about their recovery, they sounded notes of caution about the future during their conference calls with stock analysts.

The oil companies acknowledge that prices are likely to slide, and that the world will eventually move away from fossil fuels. They’re also under continuing pressure from investors to adapt to a climate-constrained world.

1. High prices may not last forever

High oil and gas prices are likely to fade by the middle of the year, according to research from the Federal Reserve Bank of Dallas. Oil production will start to outstrip consumption, pushing prices down, the bank’s researchers said in a slide presentation this month.

Yet the oil companies are prepared for it. Chevron’s long-term plans include an assumption that international oil prices stay about $60 a barrel, and Wirth reaffirmed that during a call with analysts.

“Our longer-term view on the price environment hasn’t changed a lot,” Wirth said. “There’s a lot of resource out there that can be produced economically at prices lower than what we see today.”

That’s similar to Exxon CEO Darren Woods’ prediction, which he made last month in an interview with CNBC. Like a lot of oil producers, Exxon expected oil to rebound and then decline as the pandemic waned.

″We anticipated higher prices,” Woods told CNN in an interview last month. “We also anticipate a lot of volatility. And frankly, we’re anticipating lower prices as we go forward.”

The high prices have spurred more drilling, and the U.S. Energy Information Administration this week raised its prediction for U.S. oil output to 11.97 million barrels a day this year, up from 11.8 million barrels.

The companies are also keeping an eye on inflation in the prices of the supplies and services they rely on to keep their oil fields producing. The bulk of drilling, fracking and other work is handled by oil field service companies like Schlumberger and Halliburton, and they typically charge more for their work when oil prices rise.

Conoco and other producers try to offset those cost increases by making the rest of their operations more efficient. But Lance acknowledged in response to an analyst’s question that the company does have to pay more for some equipment and services.

“We are exposed, like most everybody is, to what you describe as spot condition or what’s happening in the service side of the industry,” he said.

Despite the improvement in their base oil business, the European companies are still pushing to convert themselves into broader operations that provide everything from wind power to hydrogen.

That will entail a different type of business model — selling energy as a service in some cases, rather than as a commodity — and require different types of risks, Shell CEO Ben van Beurden said.

For instance, Shell and BP both plan to develop hydrogen as a source of fuel for trucks and other heavy equipment that can’t be easily electrified.

“Can we shape that market as it comes into being? What risks can we take as this market is building up?” van Beurden said. “What do we do with all this hydrogen before customers start showing up with their hydrogen trucks?”

The U.S. producers also are beginning to broaden their plans for new types of energy. Both Exxon and Chevron started low-carbon businesses in 2021, although they’re looking to invest in ideas like biofuels and carbon capture that are closer to their base businesses.

Exxon in January reorganized itself so that its low-carbon division is one of three primary business lines, next to its upstream (exploration) division and its combined refining and chemical division (Energywire, Feb. 1).

Activist investors have helped push the industry toward greener investments, and that trend is likely to continue. They’ve attracted attention in Congress — the House Committee on Oversight and Reform began holding hearings this week on oil producers’ climate pledges (E&E Daily, Feb. 7).

Exxon, for instance, announced its low-carbon investment plans last year after a small investment fund, Engine No. 1, started a proxy campaign to replace some of the company’s board members.

The company is still being pressed by activists to show that it’s not risking shareholder money on investments that could lose value as the world shifts away from oil and gas.

“To date ExxonMobil has not provided information in its financial statements so investors can understand how it is managing these risks,” the Carbon Tracker Initiative said in a blog post this week. “It is therefore imperative that investors continue to press ExxonMobil to disclose the resilience of its business model under low-carbon scenarios.”

Exxon’s Woods didn’t address the shareholder activism directly in the company’s Feb. 1 call, but said policymakers are beginning to listen to the company’s long-standing argument that emissions reductions have to be balanced against the quality of life that low-cost energy provides.

“This is a really complicated space, and it deals with a really important part of people’s lives,” he said. “There’s a growing recognition and a growing acceptance of the need for a variety of approaches.”

Conoco is also facing a resolution from activists who want the company to cut or offset emissions from the products it sells. Vice President Dominic Macklon said the majority of Conoco’s investors don’t support the idea, and the company would prefer a carbon tax or some other price on carbon.

“That’s so important to address both the supply side, but so important, the demand side,” he said.

Other groups, including the Amsterdam-based group Follow This, are urging oil companies to set more aggressive decarbonization targets (Climatewire, Jan. 7).

Andrew Logan, at the sustainable investment group Ceres, said in a letter to the House committee that the industry as a whole needs to do more to clarify its plans. BP’s climate pledges, for instance, don’t include its 20 percent stake in the Russian oil producer Rosneft. Meanwhile, Shell “has outwardly committed to net zero goals … but lacks a reasonable road map to get there,” he wrote.

And companies across the board have been achieving their emissions targets by selling off older oil and gas fields, which only moves the emissions from one company to another.

“Investors have lost patience with the oil and gas industry,” Logan wrote.