$30B of profits renews Big Oil’s clash with White House 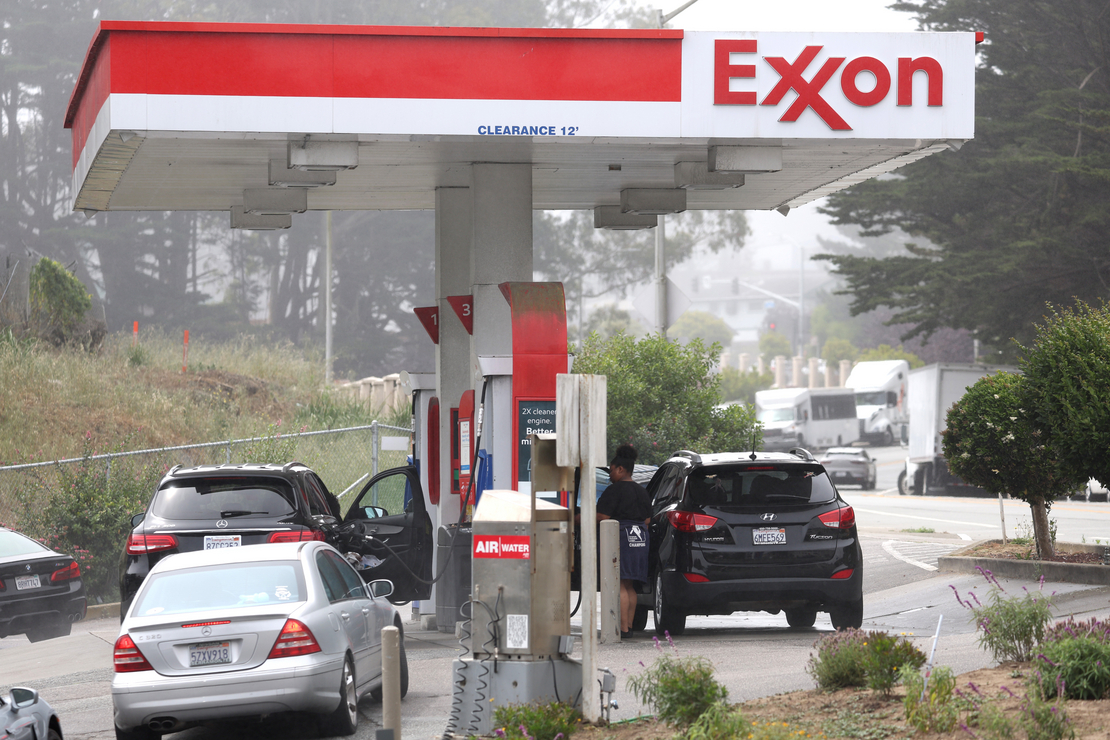 The two biggest U.S. oil and gas companies reported over $30 billion in combined earnings Friday, touching off another round of debate about the actions of domestic energy producers.

President Joe Biden and the head of Exxon Mobil Corp. engaged in a long-distance verbal spat over the third-quarter results while a Democrat in Congress announced a new plan to block exports of U.S. gasoline during periods with high domestic prices.

Exxon and Chevron Corp. said they’re benefiting from long-term investments they continued during the depths of the Covid-19 pandemic. The industry has argued the best way for Biden’s administration to help American consumers is by encouraging more oil and gas production in the United States. At the same time, companies are spending billions of dollars on dividends and share buybacks to reward their investors.

“There has been discussion in the U.S. about our industry returning some of our profits directly to the American people,” Darren Woods, Exxon Mobil’s CEO, said Friday in prepared remarks. “In fact, that’s exactly what we’re doing in the form of our quarterly dividend.”

The White House, through Biden’s official Twitter account, responded, “Can’t believe I have to say this but giving profits to shareholders is not the same as bringing prices down for American families.”

Exxon Mobil brought in $19.7 billion, its highest quarterly profit ever, and Chevron made $11.2 billion, the companies said. Overseas, the French oil producer TotalEnergies SE reported a quarterly profit Thursday of $6.6 billion and Shell PLC reported $8.3 billion for the quarter.

The companies have benefited as Russia’s war in Ukraine and political maneuvering by Saudi Arabia and other energy-producing countries drove up oil prices and gas prices. Crude began to fall during the most recent quarter, and gasoline prices dropped from record highs, but the companies continued to profit as the price of natural gas has remained high.

The industry broadly has also improved its bottom line by cutting costs, and many companies didn’t replace thousands of employees who were laid off when oil prices crashed after the Covid-19 pandemic hit in 2020. Exxon Mobil, for instance, said Friday it has cut costs by $6.4 billion compared to 2019.

At the same time, analysts and the oil companies themselves have been saying the world needs to invest more in conventional oil and gas production as the world’s economy recovers from the pandemic.

“We’re in a commodity business that goes through cycles,” Chevron CEO Mike Wirth said in an interview with Bloomberg TV. “There are hard times as we saw just two years ago where we had enormous losses.”

While a cycle can also result in “strong earnings,” Wirth said, the company has to invest through good and bad times. He said putting a new tax on the industry would not be productive.

The Biden administration has tried to tamp down oil prices by releasing oil from the Strategic Petroleum Reserve, but experts have said any relief was limited (Energywire, Oct. 24).

Rep. Ro Khanna (D-Calif.) introduced a bill Friday that would prohibit the export of American-made gasoline while allowing diesel to be exported to Europe and other regions (Greenwire, Oct. 28). The bill doesn’t address oil exports.

The Biden administration hasn’t endorsed the idea of a U.S. energy export ban, and oil companies have opposed the idea.

In his interview with Bloomberg, Wirth suggested that a ban would have “unintended consequences.” But he said the administration could help consumers by waiving refining specifications for gasoline and diesel — and the Jones Act, which prohibits foreign-owned ships from transporting cargo between U.S. ports.

Wirth and Exxon Mobil’s Woods also praised some of the provisions in the recently enacted Inflation Reduction Act. The law — signed by Biden in August — provides billions of dollars in tax credits for companies that capture carbon dioxide emissions, produce biofuels and develop low-emissions forms of hydrogen.

“This legislation is a good example of constructive policy with regard to the energy transition,” Woods said in prepared remarks.

The oil industry indicated its earnings bonanza may start to fade. Chevron is seeing the cost of labor and supplies rise by more than 10 percent in the Permian Basin, a major source of domestic oil production.

That trend, Wirth told analysts on a conference call, is a constraint on the pace of “industry activity and ramp up as we get into the next year.”