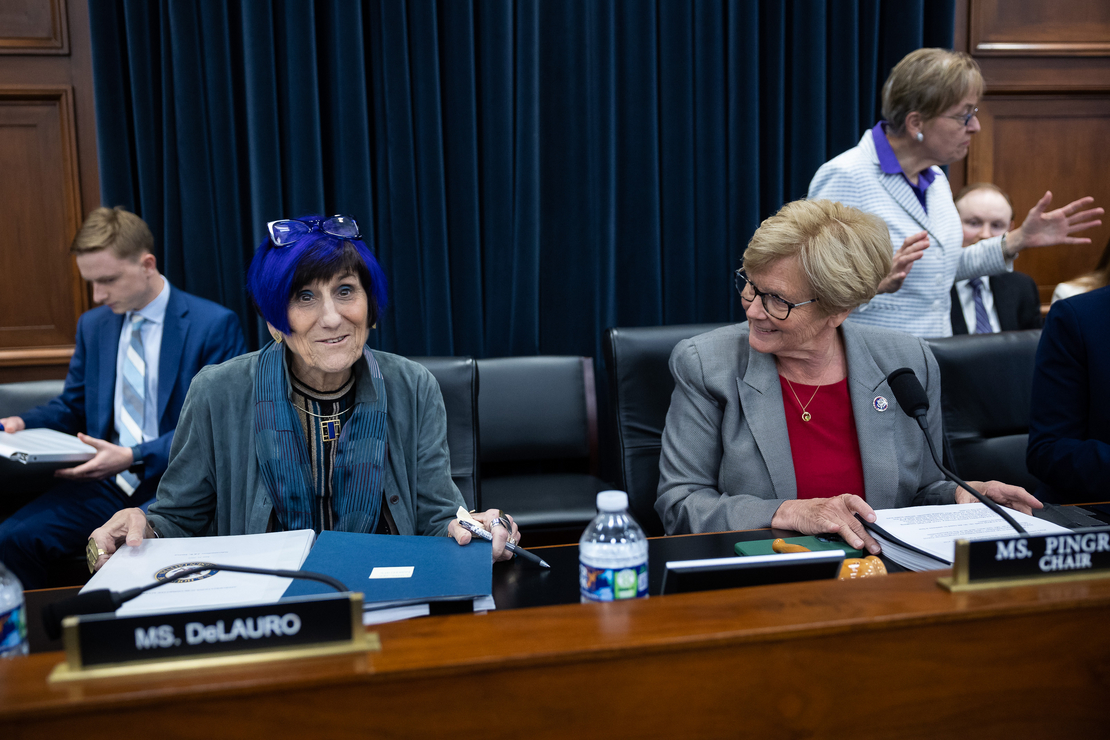 The House this week will feature sharp fights over energy and environmental priorities as lawmakers consider a package of bills that contain annual funding for EPA, the Energy and Interior departments, and federal water projects.

“Instead of catering to the biggest corporations and billionaires that despite record profits continue to raise their prices, we are bringing to the floor government funding bills that help the middle class, working families, small businesses and the vulnerable who work hard. We are committed to combating climate change,” House Appropriations Chair Rosa DeLauro (D-Conn.) said.

The House Rules Committee will decide this evening how many of nearly 600 proposed amendments to the package will get floor votes. Here are four issues to watch:

The pending amendments include dozens offered by Republicans that would seek to reverse or block the Biden administration’s energy and environmental goals.

Republicans, for example, are offering multiple amendments that would thwart President Joe Biden’s sweeping executive order on climate change, which calls for the United States to rejoin the Paris climate accord, sets a goal of preserving 30 percent of the nation’s land and water by 2030, and directs agencies to prioritize a range of climate activities (E&E Daily, July 15).

While House Democrats have the votes to block any rollbacks, Republicans are using the amendments to signal the changes that could be in store if they win the House in the midterm elections.

With a GOP majority next year, the House could pass spending bills that would hamstring, if not deny, many of Biden’s climate efforts for the rest of his term.

Several Republican offerings this week are aimed at sparking a debate over high gas prices, which the party sees as a winning issue in this fall’s elections.

They include proposals to roll back an increase on royalty rates for drilling on federal lands, lift limits on offshore drilling in the Gulf of Mexico, block some sales from the Strategic Petroleum Reserve and prohibit banning crude exports.

Democrats have amendments to add more than $150 million in funding for DOE’s Advanced Research Projects Agency-Energy and to bolster Defense Production Act funding for solar manufacturing.

Republicans, meanwhile, have proposals to eliminate all funding for DOE’s Office of Energy Efficiency and Renewable Energy.

Democrats are likely to block many of the amendments or package them in ways that could cause GOP members to withdraw them.

Top Energy-Water appropriators Reps. Marcy Kaptur (D-Ohio) and Mike Simpson (R-Idaho) both said last week they are not expecting any provisions that would derail their usually bipartisan bill.

Billions of dollars for thousands of earmarks are contained in the spending package, with $1.92 billion in the Energy-Water and Interior-EPA bills alone.

The bulk of the Energy-Water earmarks, about $630 million, would go for 75 Army Corps of Engineers water projects (E&E Daily, June 28).

The Interior-EPA bill contains close to $1 billion in earmarks, with many spread out over smaller EPA grants for clean and safe drinking water projects, which are popular across party lines (E&E Daily, June 29).

Lawmakers from both parties are embracing earmarks, also known as community spending, which returned last year after a 10-year hiatus with new disclosure and eligibility requirements.

The House expanded the number of earmarks members could request this year, making it almost certain that when Senate projects are added, they’ll exceed the more than $9 billion in member-directed spending last year.

Rep. Randy Weber (R-Texas), like many conservatives, did not seek any earmarks last year, but he got two of the largest this cycle in the latest Energy-Water bill for massive water projects worth a combined $258 million. They’ll go toward harbor and waterway deepening he says is crucial for transporting natural gas and other fuel.

“We’re a huge energy-exporting state,” Weber said when he was asked about the rationale for such projects.

Weber said he believes new “guardrails” are in place that limit the abuse and fraud that plagued earmarking a decade ago and gave him pause in requesting them a year ago. He also said that with billions going out for bipartisan earmarks in fiscal 2022, he wanted to be sure that Texas was getting its fair share.

With hopes for a climate bill seemingly dashed in the Senate, House Democrats are likely to make the case on the floor this week that this year’s spending bills offer their best avenue for funding efforts to curb emissions.

“We’re talking energy independence for this country. We’re talking about climate change and what’s happened in the West with the diminishment of water supplies and forests. We’re talking in the Gulf all the flooding and the storms and about the warming of the Great Lakes and what that has done to our fish population,” she said.

The environmental focus reflects a shift underway since 2019, when Democrats regained control of the House. Energy-Water, long seen as focused on water projects and DOE research labs, has become one of the top annual climate measures.

On Interior-EPA spending, lawmakers are expected to argue that they succeeded in reversing Trump spending cuts to climate programs and that this year’s spending allows them to further expand those efforts.

“In my first fiscal year as Interior chair, I’m incredibly proud that we were able to make unprecedented investments to fight the climate crisis, return science as the foundation for decisionmaking, dedicate the highest level of federal funding to the arts and humanities ever, and continue our commitment to tribal nations. I’m eager to build on these successes,” said House Interior and Environment Appropriations Subcommittee Chair Chellie Pingree (D-Maine), who wrote a fiscal 2023 bill that would provide a double-digit increase.

“We should be reducing federal spending and directing our limited resources to our nation’s most pressing needs,” Rep. Kay Granger (R-Texas), the ranking member on Appropriations, said at last month’s Interior-EPA markup.

The House’s action this week is the most significant progress this year on spending bills, but it might represent a high-water mark.

DeLauro said last week it’s her intention to pass all 12 House spending bills before the chamber leaves for its summer break. That would include taking up a package with the two biggest fiscal 2023 measures next week — the Defense and Labor-Health and Human Services-Education bills. Those two make up well over half of all discretionary spending.

But Majority Leader Steny Hoyer (D-Md.) said last week there might be two or three spending bills that could face “problems” in getting across the floor.

He declined to name them, although he’s likely referring to the Defense and Homeland Security measures, which did not clear the House floor as stand-alone measures last year due to fights over spending levels and immigration policy.

The usually bipartisan Commerce-Justice-Science bill, which funds NOAA and NASA, also got blocked last year in a surprise fight over federal police grant funding. Democrats are likely to sidestep that fight this year.

Whatever progress the House makes on spending bills, it will be slowed by the political realities of an evenly divided Senate.

Senate Democrats are threatening to skip all markups this year and simply release their versions of the spending bills at the end of July if Senate Republicans won’t cut a bipartisan deal on overall spending (E&E Daily, July 13).

Appropriators in both chambers acknowledge any final accord isn’t likely ahead of Election Day. Instead, per usual, party leaders are widely expected to cobble together an omnibus spending package in a lame-duck session.