4 pipeline fights to watch this term 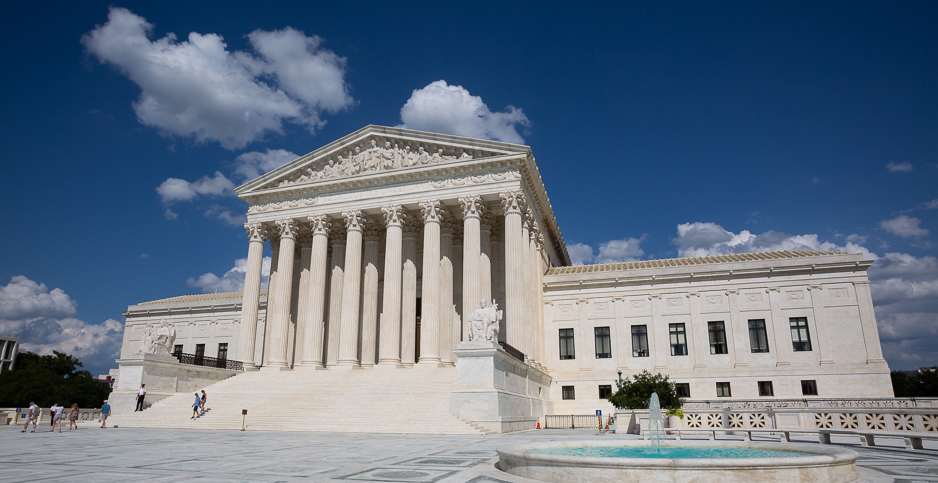 The Supreme Court could decide to wade into the natural gas pipeline wars this term.

As the court begins its 2019 session, energy experts are watching whether the justices will weigh in on federal permitting, eminent domain and state sovereignty issues around pipeline construction.

So far, the justices have opportunities to consider the Forest Service’s authority to permit the Atlantic Coast pipeline to cross the Appalachian Trail and to decide whether developers of the Mountain Valley project can lawfully seize private property before paying. Solicitor General Noel Francisco has urged the justices to hear the Atlantic Coast dispute, which significantly boosts the case’s odds of review.

"Natural gas and oil pipeline infrastructure is not getting less controversial and the Supreme Court may find it appropriate to issue a ruling that definitively settles the matter," ClearView Energy Partners LLC wrote in a recent analysis.

A third possible case involving state lands takings for the PennEast pipeline may also be brought before the Supreme Court. The 3rd U.S. Circuit Court of Appeals is still mulling a request to reconsider its decision to block developers’ access to New Jersey-owned acreage.

Experts also expect that challenges over gas exports from pipelines could soon make their way to the nation’s highest bench. Those exports are problematic, challengers say, because the Federal Energy Regulatory Commission’s authority to delegate eminent domain power to pipeline builders is limited to projects in service of interstate commerce.

Supreme Court petitioners face difficult odds: The justices review only about 1% of cases that come before the court. Acceptance of a case requires the vote of four justices, who prioritize issues of national importance and opportunities to resolve disagreements among federal appeals courts.

The justices are expected to decide no later than next week whether they will review the Atlantic Coast and Mountain Valley pipeline cases.

Here are the pipeline battles to watch over the course of the Supreme Court’s next term.

While the Supreme Court is most likely to consider Atlantic Coast’s plea to cross the Appalachian Trail, the case likely carries the smallest impact for pipeline development in the rest of the country.

In Atlantic Coast v. Cowpasture River Preservation Association, Dominion Energy Inc. and other Atlantic Coast developers are fighting a 4th U.S. Circuit Court of Appeals decision that the Forest Service cannot authorize a path for the pipeline below the Appalachian Trail (Energywire, Sept. 26). The solicitor general filed a companion brief on behalf of the Forest Service.

Environmental groups, meanwhile, have urged the justices not to take the case.

"No court has weighed in on this issue about building pipelines across the Appalachian Trail. There is no conflict the Supreme Court is resolving here," said Nathan Matthews, a staff attorney at the Sierra Club.

He added that there are a number of other permitting issues with the pipeline as a whole that a potential Supreme Court case wouldn’t reach.

"Even if the Supreme Court reverses [the 4th Circuit ruling], there are still many, many hurdles ACP needs to clear," Matthews said.

The involvement of the solicitor general, who has a high bar for vetting cases, in the dispute improves the chances that the justices will take up the Appalachian Trail question, said Christine Tezak, managing director of ClearView.

"We think there is a good chance that it is taken up; we put it at about 60% odds," Tezak said.

But while the case may get considered, Tezak said it wasn’t clear yet that the energy firms would succeed in securing a reversal of the 4th Circuit decision.

Any Supreme Court ruling would have limited impact beyond the trail crossing for the 600-mile pipeline between West Virginia and North Carolina, said David Bookbinder, chief counsel at the Niskanen Center.

"The Cowpasture River case is very fact-specific," he said. "That may be a reason [the court] may not weigh in on it."

Another case the justices may consider stems from property owners’ challenge to the 300-mile Mountain Valley pipeline, which extends through West Virginia and part of Virginia.

The case is different from typical eminent domain disputes because it doesn’t challenge the legality of the practice, but rather when pipeline developers can take and build on the land.

Carolyn Elefant, a former FERC attorney now representing clients in private practice, said the current system gives landowners little chance to push back on how they are compensated when their land is seized for pipeline development. She said it is "really problematic" that under the law, companies can take property before landowners are able to negotiate fair compensation.

"In these federal cases, landowners have very limited negotiating rights," she said. "They find themselves being hit by these pipelines, and they just don’t have leverage at all."

She noted that the Supreme Court has declined to review this issue before.

Tezak of ClearView said that changing the system could have a significant impact on timelines for pipeline construction.

"If the quick take approach were found to be inappropriate, that could substantially delay [pipeline] construction. If you have a firm that’s unable to get into the field, even for a short distance, that slows down projects’ ability to go into service," she said.

ClearView suggests it is "more likely than not" that the petition for review will be denied.

Energy lawyers are also closely watching whether a recent decision by the 3rd Circuit on condemning state-owned lands for pipeline development will eventually land in front of the Supreme Court.

This month, the court ruled that the developer of the 120-mile PennEast pipeline through Pennsylvania and New Jersey could not use condemnation orders to build significant portions of the line through land owned by the Garden State (Energywire, Sept. 12).

The case raises issues of sovereign immunity under the 11th Amendment to the U.S. Constitution and could have important implications for the expansion of pipeline projects in states that oppose oil and gas development.

Judges for the 3rd Circuit said that pipeline developers can’t take a state to court for not selling an easement to build a pipeline, said Bookbinder.

"It gives states a much more potent weapon if they are states that do not want" pipelines, he said.

The issue could become more relevant if additional states voice their opposition to pipelines crossing state-owned land. Matthews of the Sierra Club noted that there are a lot of pipelines that cross state lands, but not a lot of states are refusing to allow them through.

Robert McNamara, a senior attorney at the Institute for Justice, cautioned against interpreting the impact of the 3rd Circuit ruling too broadly. He pointed out that the case is not about New Jersey’s ability to stop pipeline condemnations in general.

"The only thing the 3rd Circuit was considering is whether the state itself can be brought into federal court," he said.

Bookbinder of the Niskanen Center said it is "highly likely" there will be a petition for the Supreme Court to hear the case, but the dispute might not yet be ripe for review.

That’s because the 4th Circuit is set to hear another case involving the use of eminent domain on state-owned land — in this case, regarding a pipeline project in part of Maryland. If the court splits from the 3rd Circuit, the Supreme Court may decide to consider the issue, legal experts say.

Another issue that could come before the Supreme Court down the line is conflicts about the use of eminent domain in pipelines that feed export markets.

The U.S. Court of Appeals for the District of Columbia Circuit recently highlighted the issue in a decision over the use of eminent domain to build the Nexus natural gas pipeline through Ohio and Michigan. Those opposed to the pipeline argued that FERC improperly issued a certificate for the project based in part on commitments made by Canadian shippers.

That raises the question of whether it is possible to justify that a project designed to supply energy to citizens of foreign countries will serve the public good.

The case not only could affect pipelines that cross into Canada and Mexico, but also could have implications for pipelines feeding liquefied natural gas facilities.

FERC will now have to review its approval for the pipeline project, a process that will likely take months (Energywire, Sept. 9).

Legal experts say the issue of using eminent domain for a pipeline for exported fossil fuel may one day make it before the Supreme Court, but this specific case appears unlikely to be the vehicle to get it there.

It’s unclear whether another export case could be elevated to the Supreme Court this term, which runs from October to June.

"I think the thread tying all these decisions together in each of these cases is the pipeline company seems to be saying, ‘We’ve been doing this for decades,’ and federal judges are increasingly saying, ‘So what?’" said McNamara of the Institute for Justice.