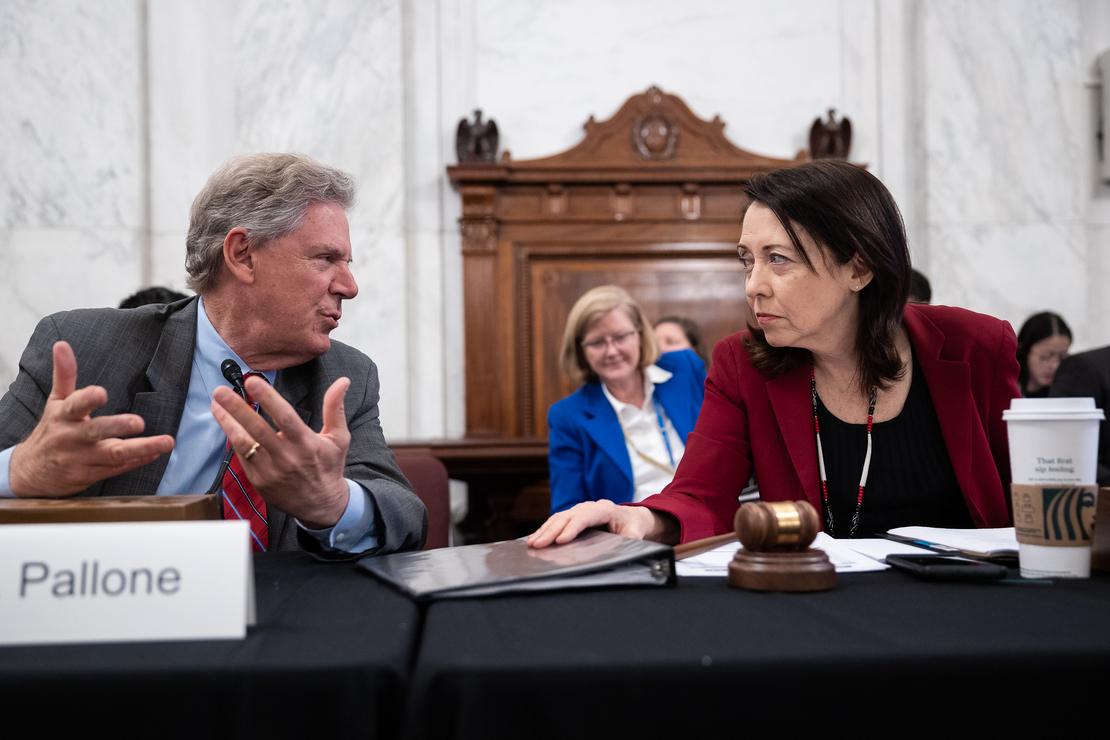 Dozens of lawmakers gathered yesterday for the first time to iron out differences between House and Senate bills that seek to spur American innovation and competitiveness, including on energy technology.

In total, 90 of the 107 lawmakers appointed to serve on the conference offered insights into their priorities. The vast majority of the comments were endorsements for a package to come together.

Both bills would provide tens of billions to the Department of Energy and National Science Foundation in an effort to compete with China. Negotiations will now go behind closed doors.

Here are four takeaways from yesterday’s meeting and what to expect in the coming weeks:

While big differences still need to be hashed out, lawmakers from both parties expressed optimism about compromise, especially with regard to $52 billion in spending to bolster the domestic semiconductor manufacturing sector. Technologies like solar panels and electric vehicles have been affected by a shortage.

“I think everybody in America has got an idea of what a chip shortage means in their lives, and so I do think that is a very big tent pole in this bill,” said Senate Commerce, Science and Transportation Chair Maria Cantwell (D-Wash.).

Top lawmakers suggested a tax title should be added to the package that would give an incentive to industries that locate chip manufacturing facilities within the United States.

Lawmakers also highlighted the package’s potential to unleash innovation spending at the National Science Foundation and Department of Energy, two central components of each chamber’s bill.

S. 1260, the “U.S. Innovation and Competition Act,” would authorize $17 billion for the Department of Energy, on top of a major infusion for the National Science Foundation.

H.R. 4521, the “America COMPETES Act,” would authorize more than $100 billion for the NSF and the Energy Department’s Office of Science, and would authorize billions in international climate aid (E&E Daily, April 8).

“I’ve been very clear about my priorities for this legislation. It needs to be strategic and focused on the areas that will have the most impact,” said House Science, Space and Technology ranking member Frank Lucas (R-Okla.). “In short, it means focusing on the thoughtful, bipartisan legislation produced by Republicans and Democrats on the House Science Committee.”

House Democrats used the hearing to make the case for $3 billion in spending for a new Department of Energy grant program to help jump-start a domestic solar manufacturing base.

The bill talks coincide with a Commerce Department investigation that has roiled the solar industry. The administration is trying to determine whether China is skirting tariffs by shipping components through other countries.

“We know the solar industry is currently involved in a major tariff case, and I fear these types of cases will continue until we invest throughout the entire domestic solar supply chain,” said. Rep. Paul Tonko (D-N.Y.), chair of the Energy and Commerce Subcommittee on Environment and Climate Change.

“We should enact the provision included in the House-passed bill to reclaim solar manufacturing.”

Tonko also called on the conference to keep a House provision to scrap a moratorium on certain Atlantic wind leases. Earlier this week, 38 lawmakers signed a letter to congressional leadership, also urging them to keep the provision in the House bill (Energywire, May 12).

Republicans, however, were more focused on advancing priorities that would bolster domestic production of energy, like natural resources and critical minerals.

House Republicans dubbed the $3 billion in solar manufacturing dollars a “Solyndra-like slush fund” when the bill originally passed the House. Those sentiments have not softened.

“No amount of government handouts, subsidies and financial incentives will make up for the damage of regulatory and permitting barriers,” said House Energy and Commerce ranking member Cathy McMorris Rodgers (R-Wash.). “Lifting these burdens must be central to this legislation if we want to secure American leadership and beat China.”

Republicans reiterated their discomfort with provisions in the House bill to bolster U.S. support of international climate transition and adaptation programs.

“The gulf between the Senate and House is wider than the Grand Canyon,” said Senate Energy and Natural Resources ranking member John Barrasso (R-Wyo.), adding that the House bill would spend “billions of hard-earned taxpayer dollars on climate change programs around the world.”

Chief among Republican complaints is $8 billion for the Green Climate Fund, a U.N.-backed resilience program meant to help developing nations adapt to the effects of climate change.

House Democrats offered few concrete defenses during the opening remarks, although a significant number did advocate for including provisions to address climate change.

Senate Environment and Public Works ranking member Shelley Moore Capito (R-W.Va.) said, “This is not what this opportunity is all about.”

Lawmakers leading the conference committee are already thinking about how to move negotiations forward.

Cantwell told reporters she was unsure whether talks would include another public hearing. She’s planning to schedule a classified briefing to discuss more sensitive matters.

“I think being more aggressive rather than less makes a good deal of sense,” said Ways and Means Chair Richard Neal (D-Mass.), noting the urgency to address supply chain problems.

Cantwell declined to offer a firm date for producing a final product, but the veteran conference negotiator did predict the group could wrap up its work by the August recess.

“I think sending a signal on these things is important,” Cantwell said. “Our colleagues [Ohio Republican Sen. Rob] Portman and [Texas Republican Sen. John] Cornyn mentioned that there is money poised to be invested in the United States on this, and if you don’t send that signal that we’re serious about this, it’s going to go get invested somewhere else.”