4 takeaways from the Democratic convention 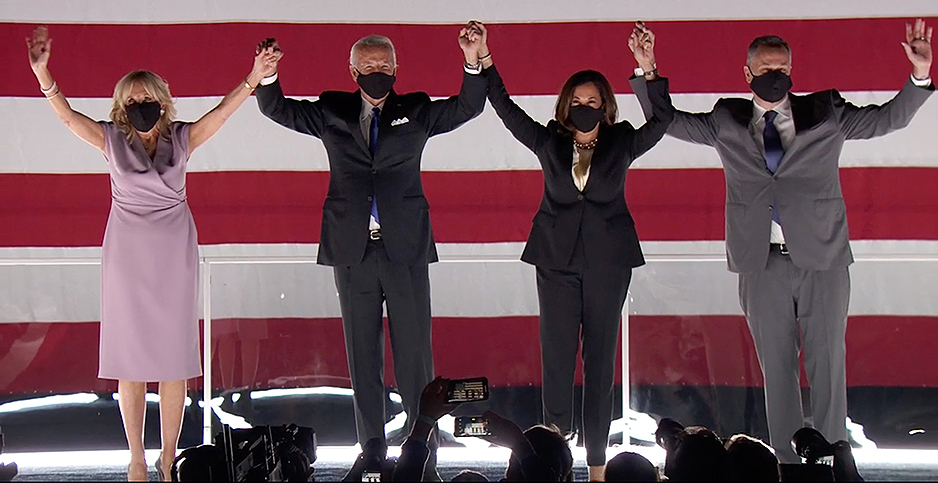 The convention — which went off without any major problems this week, despite its unusual, almost entirely virtual format — kicks off the final stretch of the presidential campaign season, with former Vice President Joe Biden as the Democrats’ official candidate and California Sen. Kamala Harris his vice presidential running mate. The Republican convention is next week, and will also be mostly virtual.

In contrast to the massive, arena-sized gatherings of past presidential election years — with thousands of people, lobbyists, media and more — the Democrats’ convention more closely resembled a produced television event.

"We can, and we will, deal with climate change," Biden said in his speech formally accepting the party’s nomination. "It’s not only a crisis, it’s an enormous opportunity: an opportunity for America to lead the world in clean energy and create millions of new, good-paying jobs in the process."

Climate got far less play in the Democrats’ 2016 convention, and Hillary Clinton, the party’s candidate that year, gave the issue only a brief mention in her main speech.

"Build back better" was a slogan repeated throughout the week, a reference to Biden’s plan for jobs and the economy.

"Together we can, and we will, rebuild our economy, and when we do, we’ll not only build it back, we’ll build it back better," Biden said last night.

On climate change, especially, it’s an easy selling point for Democrats looking to deter Republican attacks that they’re running on a "socialist" agenda.

Trump, Vice President Mike Pence and others made numerous swing-state visits throughout the week, culminating in a speech yesterday by the president miles from Biden’s hometown of Scranton, Pa.

Trump used the appearances to paint Biden as a puppet of far-left progressives who want to end all fossil fuels, including hydraulic fracturing — a potential lightning rod in Pennsylvania, despite Biden’s statements that he doesn’t want a nationwide fracking ban.

Trump spokesman Tim Murtaugh wrapped up the counter-convention argument thusly: "By accepting his party’s nomination tonight, Joe Biden has formally become a pawn of the radical leftists. His name is on the campaign logo, but the ideas come from the socialist extremists."

Murtaugh said in a statement after Biden’s speech: "He would kill 10 million energy jobs with the Green New Deal."

Progressives were generally pleased by the attention Democrats paid to climate change this week, but a flap over the platform highlighted ongoing tensions with the party’s establishment.

And contrary to the DNC’s statement, John Laesch, who sponsored the language in the drafting process, said on Twitter that officials had "deleted the amendment without my consent."