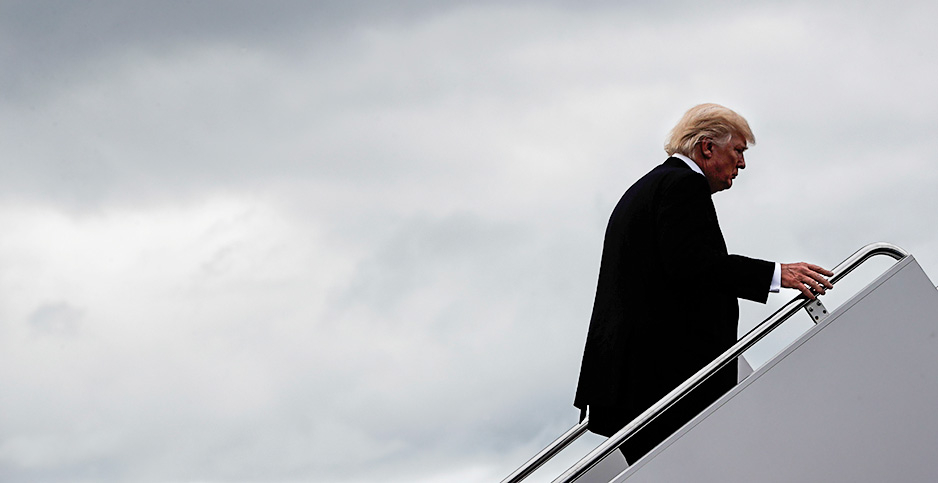 The Clean Power Plan has been considered dead since President Trump’s election, but exactly how he kills it is important.

Five months ago, Trump signed an executive order aimed at repealing the Obama-era rule, which would limit power plants’ greenhouse gas emissions. The Clean Power Plan is on hold for now, after the Supreme Court blocked it last year. A lawsuit challenging the rule in a lower court is also stalled after judges agreed to pause the case. Meanwhile, the White House and U.S. EPA chief Scott Pruitt are planning their next moves.

How the process plays out and how the Obama-era rule is replaced — if at all — is being closely watched by industries, environmentalists, state regulators and others with a lot at stake in the outcome.

Here are four things to watch in the executive branch and in the courts as the Trump administration prepares to roll back the Clean Power Plan:

Tweak or torpedo the rule?

Early on in Trump’s presidency, the administration reportedly planned to get rid of the regulation outright without coming up with any sort of replacement plan. Pruitt is broadly expected to argue that the Obama EPA overstepped its authority by attempting to reshape how emissions are regulated in the power sector.

Some supporters of obliterating the Clean Power Plan say they could do it relatively simply by saying EPA is already regulating hazardous air pollutants under a different part of the Clean Air Act and so is not required to also regulate carbon emissions.

But other lawyers have said such a plan would immediately open up EPA to lawsuits for not following its legal obligation to control greenhouse gases. "[Pruitt] would make a huge mistake to follow that," said Pat Parenteau, an environmental law professor at the Vermont Law School and a former regional counsel for EPA’s Boston office.

Over the past few months, reports have suggested the agency is more likely to develop a replacement rule that would place targets for emissions reductions at the power plant level or "inside the fence line" rather than set limits for carbon emissions across the energy sector (Climatewire, June 12).

This more limited approach has support from business groups including the U.S. Chamber of Commerce and the National Association of Manufacturers (Climatewire, Aug. 1).

But, Parenteau warned, a narrower rule would lead to lower emission reductions and could leave EPA vulnerable to lawsuits arguing its rule isn’t strict enough.

What happens with the endangerment finding?

Another big question: What will the regulation’s rollback say about the future of EPA’s endangerment finding for greenhouse gases?

If Pruitt chooses to water down the Clean Power Plan, rather than eliminate it, it could signal that he won’t seek to attack the endangerment finding, which establishes that the agency has a legal obligation to regulate greenhouse gases. Some conservatives want Pruitt to unravel that finding because it provides the basis for all EPA climate rules under the Clean Air Act.

"If the administration replaces the Clean Power Plan with another greenhouse gas rule for power plants, a later attack on the endangerment finding becomes both more unlikely and even more difficult," said Vera Pardee, senior counsel for the Center for Biological Diversity. She added that she thinks undoing the endangerment finding is "insurmountable," legally and factually.

William Yeatman, a senior fellow at the Competitive Enterprise Institute and a self-described climate skeptic, said he doesn’t see Pruitt successfully overturning the endangerment finding. "Legally speaking, I’m confident if you tried to do it, you would lose," he said.

But Thomas Lorenzen, a partner at the firm Crowell & Moring LLP who’s involved in the Clean Power Plan litigation, said even if EPA does regulate carbon emissions from power plants in some way, that does not mean the administration has given up on challenging the endangerment finding, and it could revisit the question later.

"Any attempt to revisit the endangerment finding is going to be a complex and likely yearslong process. So at least for the foreseeable future, the endangerment finding will be there, and with that comes a requirement to regulate," he said. "One of the things they may be grappling is: What would a regulation look like if we are required to regulate?"

EPA spokeswoman Amy Graham declined to comment on the status of the Clean Power Plan repeal. "We don’t comment on rules undergoing interagency review," she said.

Will industry get what it wants?

Industry groups have been busy lobbying the administration on the Clean Power Plan’s replacement.

Utility CEOs asked Pruitt during a meeting in June for some sort of watered-down regulation on carbon emissions from power plants, rather than eliminating the Clean Power Plan. This would allow companies to plan ahead and potentially discourage a future administration from coming up with stricter rules (Climatewire, June 22).

And throughout the summer, representatives of utilities, manufacturers and other businesses have made presentations to officials at the White House and EPA in an attempt to sway the rule, according to White House meeting records. Among the groups that have lobbied the administration are the National Association of Manufacturers, Electric Reliability Coordinating Council and U.S. Chamber of Commerce.

Career EPA and Office of Management and Budget staff have attended those meetings, and White House energy aide Mike Catanzaro was present during a July meeting with representatives from the utility trade association Edison Electric Institute.

State officials, green groups like the Sierra Club and the Environmental Defense Fund, and public health organizations have also scheduled meetings with White House and OMB officials to discuss the overhaul. Many environmental groups are supporting the Obama-era rule in the pending lawsuit.

What about the court battle?

The litigation over the rule is still pending in a federal court in Washington, where judges agreed to put the case on hold while EPA plans its next steps.

The judges on the U.S. Court of Appeals for the District of Columbia Circuit could decide to keep extending the hold on the case, they could send the case back to EPA or they could rule on the legal arguments.

David Doniger, director of the Natural Resources Defense Council’s Climate and Clean Air program, said that the judges in the case heard nearly eight hours of oral arguments and have had nearly a year to come to a decision. "It’s very difficult to figure out what the options are and which judges are in what place," said Doniger.

The D.C. Circuit may also choose not to do anything. Lorenzen, who defended EPA rules as assistant chief of the environmental defense section of the Justice Department, said he had seen that happen in the past.

"When the new administration reverses course and it actually takes final action to undo the old rule, then the old case becomes moot so the court never issues an opinion on the rule," he said. "The D.C. Circuit will wait a good long time before they do anything."

Andres Restrepo, an attorney at the Sierra Club, said even if the case is entirely remanded to EPA without a decision on the merits, that wouldn’t be the end of Clean Power Plan litigation.

"EPA has already made clear that it plans to substantially revise or even withdraw the Clean Power Plan. Everything we’ve seen from Scott Pruitt and Trump Administration indicates that whatever action they take will be woefully inadequate, and lawsuits will be sure to ensue," he wrote in an email.

That would mean that a lot of the legal issues that shaped this lawsuit would likely come up again in some form in future lawsuits.

"And if the court ends up striking down an action by the Trump Administration to revise or withdraw the rule, the original Clean Power Plan will once again be the law of the land," he added.