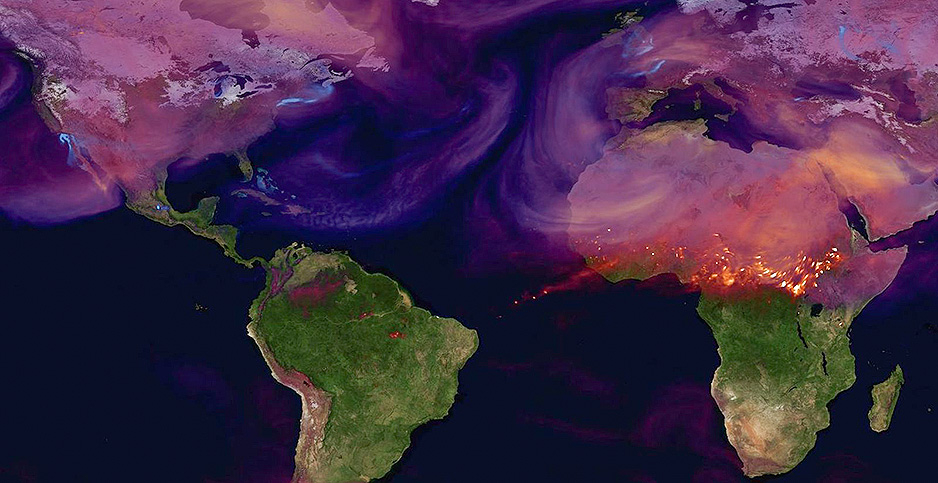 For every move the Trump administration makes to unravel greenhouse gas regulations, the endangerment finding is the mechanism through which a future president could re-establish climate rules on power plants and other emission sources.

The finding holds that carbon dioxide and other greenhouse gases harm human health, and it says they must be regulated by the executive branch. The finding is detested by some conservative groups, which prioritize its reversal over less ambitious deregulatory steps, like unwinding the Clean Power Plan.

Taking it on is a difficult undertaking, however, and is one that some observers describe as highly improbable because a mountain of climate science would have to be refuted — with an equally voluminous amount of research that questions the impacts of greenhouse gases.

If U.S. EPA Administrator Scott Pruitt does decide to reopen the endangerment finding, a group of researchers from conservative think tanks and elsewhere will be ready to assist him. They would go after the very tools used to assemble the finding, they say, including climate models and calculations that put a value on the social cost of carbon.

Their viewpoints are largely outside the mainstream body of climate science, which holds that humans are warming the Earth at an unprecedented pace, chiefly through the burning of fossil fuels. A majority of climate scientists say the amount of evidence about people’s impacts on the globe is continuously growing. What’s more, the endangerment finding relies heavily on the findings of the Intergovernmental Panel on Climate Change, which is considered the most thorough review of the world’s best climate science.

Publicly, neither Pruitt nor the White House has stated a desire to reopen the finding, though some see Pruitt’s call for a televised debate of climate science as the beginning of that process.

The field of researchers that would be willing to take on the dominant findings in climate science is relatively small. Here are some of the key areas where the country’s most prominent skeptics say the endangerment finding is vulnerable to challenges. Mainstream researchers push back on all of these points.

The finding relies on research gathered for the IPCC showing that sea levels are rising. It does not, however, measure humanity’s exact role in those rising sea levels, said H. Sterling Burnett, a research fellow on environmental policy at the Heartland Institute, a libertarian think tank. They have been rising since the last ice age, he said.

He said sea-level models used in the endangerment finding are overblown and that past models have missed estimates or exaggerated them. Models overstate the amount of warming we’ve experienced, he said. Land-based data have been "fiddled with" by government agencies involved in the Paris Agreement and are not reliable, Burnett added.

Mainstream view: Sea-level rise can be strongly connected to human activity, which is warming the planet at unprecedented rates and causing atmospheric carbon dioxide levels to spike in recent decades. Warming is particularly acute in the Arctic, which is already undergoing dramatic transformations, according to NOAA researchers. The melting of glaciers is fueling sea-level rise across the globe. Ocean levels have risen about a foot in the last century.

The endangerment finding relies heavily on climate modeling, which is unreliable and has been proved wrong, said John Christy, a climate scientist at the University of Alabama in Huntsville. He said current modeling fails validation tests and does not conclusively prove that carbon dioxide is having a significant effect on the climate.

"The models are incompatible with the real world," he said. "They do not represent how the real world has evolved in the past several decades. You would not admit model output as admissible evidence at that point."

Though a majority of scientists say that sea-level rise is closely connected to human activity and has risen steadily in recent decades, partially because of melting in the Arctic, Christy said he can prove that it’s not from human activity, but from natural cycles related to global heating and cooling. He said sea levels have been rising for 25,000 years and that it will continue because they are not at the elevation they were 130,000 years ago, during the last interglacial period. The endangerment finding relies on selected studies and does not include enough research, which casts its conclusions into doubt, Christy said.

If the science were being evaluated in a courtroom, he could prove that climate models showing dire future predictions can be manipulated, he said.

"You cannot prove that," Christy said. "All you can do is demonstrate from a model whether it might. But then again, I come along and I can demonstrate that the model is falsifiable and falsified against real data."

Mainstream view: Climate scientists say models are sophisticated calculations that combine real observations with educated predictions. Models have underestimated many observed changes, in particular the rate of sea-level rise over the last decade. One example is the breakup of the Larsen ice shelf in Antarctica, which is not reflected in the models, but could be a major contributor to sea-level rise if the area continues to splinter. Glaciers in Greenland have also retreated faster than models estimated.

Climate models are used to simulate conditions on Earth and are "tuned" by researchers to best replicate future atmospheric conditions with the input of data. But such tuning can be subjective, said Pat Michaels, director of the Center for the Study of Science at the Cato Institute. So if researchers are overly focused on accounting for anthropogenic warming, while downplaying natural factors that affect warming, that can skew future climate predictions. As an example, he said models are predicting more warming than is being observed in some parts of the globe. Models show that temperatures over the troposphere, which accounts for about one-third of the planet’s surface, are supposed to be much higher than they actually are now, he said.

Paraphrasing Einstein, Michaels said the other side may have far more scientists and studies, but one climate skeptic armed with the right sort of data could prove them all wrong.

"This no longer resembles very much what most people would call science," he said. "I would say it is more akin to mathematical philosophy, and that to me is an exceedingly weak point in the endangerment finding, that the models are arbitrary and there’s all the human dynamics that begin to appear."

Mainstream view: Models are tuned for accuracy, and tweaking some of the data that informs them is like tuning a guitar string to a particular note. Research has shown that modeling works, and predictions about 2020 from decades ago are being borne out right now. There have been some missed predictions, including an overestimation of ice loss in Antarctica and an underestimation of ice loss in the Arctic. But in the mean, predictions have proved accurate.

The endangerment finding is the basis for EPA regulations of greenhouse gases. But by reworking the social cost of carbon, which puts a dollar value on the way emissions affect the planet, the endangerment finding could be unnecessary, said Judith Curry, a climatologist and former professor at Georgia Tech. By reducing the predicted economic impacts of emitting carbon, the benefits of regulation dwindle, in her estimation.

She questions the accuracy of the social cost of carbon and said even a slight tweak to some of the figures used to arrive at its valuation could weaken the endangerment finding by, in essence, proving regulations are not necessary. More importantly, she said, the calculation doesn’t include the benefits of fossil fuel usage, like society’s use of electricity and transportation fuels.

The primary issue is that the endangerment finding does not recognize the challenge of attributing events to human-caused climate change, such as extreme weather, which the climate models can’t simulate accurately, Curry said. She adds that it’s "complete voodoo," and a political value judgment, to put a cost on climate change effects that may take hundreds of years to play out.

"It’s fraught with so much uncertainty," Curry said. "You can come up with almost whatever you want based on the assumptions you make, and the party line is to make a certain set of assumptions and you get a certain answer, but even if you make the most dire assumptions, it’s very hard to make this turn out to be very bad."

Mainstream view: The social cost of carbon was always going to be politically fraught, since it attempts to place a cost, now about $40 a ton, on what today’s emissions will yield in the future. Critiquing some of the factors that go into the cost determination does not mean that the costs associated with climate change are nil, supporters say. The endangerment finding is not a regulation, but the building block for regulations. Weakening the social cost of carbon won’t undercut its finding that carbon dioxide emissions are harming humanity.