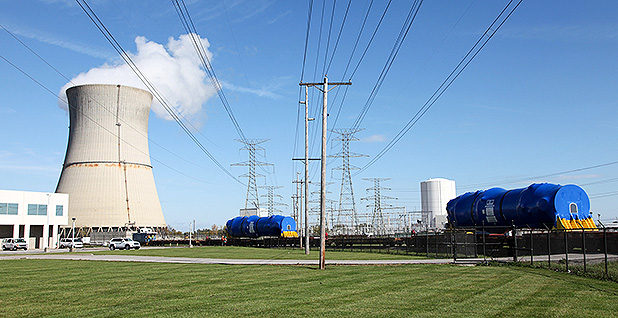 As the nuclear industry wraps up a challenging decade, advocates for the power source are weighing where to fit the next wave of reactors into a U.S. energy marketplace increasingly focused on carbon emissions.

And they’re not just planning to produce electricity.

Nuclear developers are finding alternative uses, from hydrogen production to water desalination, for the next generation of smaller, more flexible and more efficient reactor concepts — should they earn regulatory approval.

Industry leaders bet that winning new markets can turn the page on the cost overruns, competitive pressures and power plant closures that punctuated the 2010s. New revenue streams may help the nuclear sector stay afloat over the coming decades as cheap natural gas and renewable energy, along with flat electricity demand, are forecast to financially hurt the bigger, legacy nuclear plants.

"With each of these new things that are brought to the marketplace for nuclear, I think it’s just a wonderful opportunity to see that innovation," Maria Korsnick, CEO of the Nuclear Energy Institute, said during a recent interview with E&E News in San Antonio.

The success of that innovation hinges on whether a series of small modular reactor (SMR) and advanced reactor design concepts can obtain federal approvals over the next two decades. Nuclear has struggled to expand its footprint in the U.S., largely due to the enormous price tag and regulatory concerns hovering over new construction of traditional power plants.

Oregon-based NuScale Power is the first company seeking approval for its SMR design from the Nuclear Regulatory Commission after nearly a decade of grueling back-and-forth, executives told E&E News last month. They expect NRC to issue a decision next year.

The Department of Energy has launched a National Reactor Innovation Center to help companies further develop new reactor designs to prove their capabilities for further deployment.

"All of this really shows that DOE is certainly dedicated to demonstrating new nuclear technology in the United States by offering a space, land and facilities, as well as expertise, to ensure that private developers can do so in the United States," DOE Assistant Secretary for Nuclear Energy Rita Baranwal told E&E News in an interview last month.

Capitol Hill is also looking to bolster the potential of nuclear beyond power production.

Sens. Jim Risch (R-Idaho) and Joe Manchin (D-W.Va.) introduced legislation earlier this year to help expand DOE’s nuclear research initiatives to include ways that the next generation of reactors could find uses outside of power production.

The bill, S. 2702, which moved out of the Senate Energy and Natural Resources Committee last month, would authorize $50 million annually to support those research directives.

Here are four ways the industry is looking past baseload power generation:

Hydrogen fuel is heralded as a potential clean energy game changer in the 21st century to help reduce greenhouse gas emissions across multiple sectors, from transportation to agriculture.

It’s also seen as an area of growth for the nuclear industry’s next-generation reactors, as their high temperatures and energy can be harnessed to tease out hydrogen molecules from steam.

"Where you can really affect carbon reduction is not just providing electricity, which will help with the grid, but now you can start affecting the transportation sector," Jose Reyes, a founder of NuScale, told E&E News in a recent interview.

"There’s a big interest there," he added.

One of NuScale’s six-module small reactor designs could produce about 200 metric tons of hydrogen per day, Reyes estimated — enough to fuel about 60,000 hydrogen cars.

Even so, steady revenue from hydrogen production would likely need a build-out of the hydrogen transportation sector, which would require a massive overhaul.

DOE has begun to spend research dollars to see what type of capabilities the existing nuclear fleet could have for hydrogen production.

For one of DOE’s hydrogen production demonstration projects, Xcel Energy will test whether its nuclear plants can switch to produce hydrogen when the utility’s other renewable assets like wind energy are more in use.

That plan would enable nuclear to go back to producing power when those sources aren’t producing as much electricity.

Such a flexible interplay is one vision of how the next generation of reactors could operate — by pairing up with renewable energy resources rather than competing with them in electric markets.

That back-and-forth is already at work as utilities look to combine intermittent resources like wind and solar with natural gas plants or battery storage to increase clean energy deployment and meet climate goals.

SMRs, backers say, could offer the same type of power backup when the sun is not shining or the wind is not blowing. But they say it would come with additional carbon savings by avoiding use of natural gas — a possible selling point for nuclear as several states look to meet net-zero carbon emissions goals by 2050.

Many nuclear advocates have touted the next generation of reactors as a way to meet the high energy demands needed to turn salt water into drinking water.

Nearly one-fifth of the world’s population lacks direct access to clean drinking water, according to the United Nations. As climate change alters water availability across the globe, deploying additional desalination facilities has been floated as one possible solution.

Nuclear, through its carbon-free energy production and excess heat, could be used to condense seawater into potable water vapor, backers say.

"For me, I think the energy for desalination is going to be big," said NuScale Chairman and CEO John Hopkins in an interview with E&E News at the American Nuclear Society’s winter meeting in Washington, D.C.

"You take a town like Cape Town, South Africa, 3.7 million people, they don’t have any water. One 12-pack [of small modular reactors] could provide the energy requirements for the potable water for a city of that size."

Nuclear would have to compete with other power sources like solar energy, which has increasingly been adopted to help power desalination facilities.

Reactor developers are looking at using their technology to make raw materials for use in advanced manufacturing.

In some cases, manufacturing might just need a lot of high-quality steam. Korsnick said the industry can offer that.

"All of a sudden the product that you’re making — it’s not just the electrons," she said.

DOE recently awarded a grant for just over $1 million to a partnership featuring the Bill Gates-backed advanced nuclear company known as TerraPower to investigate using coal to produce carbon fibers.

Joined with Wyoming-based Ramaco Carbon, the research would look at how high heats from nuclear technology could help transform coal into products that would give the fossil fuel a second life beyond its use in power generation.

Most carbon fiber today comes from polyacrylonitrile, a petrochemical product. But this new process, the company said, could help bring down costs, making carbon fiber more available for use in the transportation sector, where the material’s strength and heat resistance can make vehicles safer and more fuel-efficient.

"We believe we can create carbon fiber precursor using elements of coal instead [of petrochemicals], extracted by heating it with a non-CO2-emitting form of energy," said Josh Walter, project manager for integrated energy systems and innovation engineer at TerraPower. "In the future, that might be nuclear energy."