5 Biden spending proposals Congress could get behind 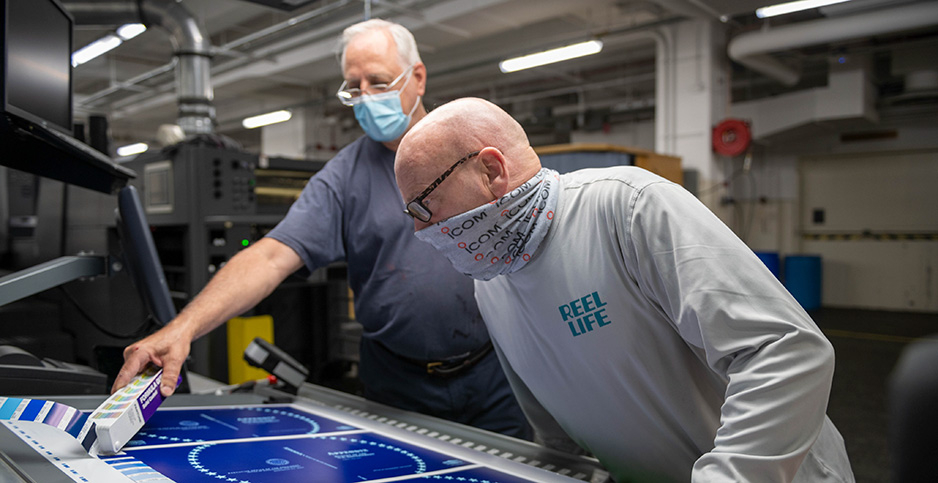 Lawmakers dismissing the president’s annual budget request as dead on arrival on Capitol Hill is as predictable as cicadas heading above ground every 17 years.

But the political brushoff from Congress overlooks the fact that many programs proposed by the White House often get enacted with minimal changes.

Democrats and Republicans have not found much common ground on fighting climate change — with the exception of deep funding for clean energy research and development.

While the president has proposed billions of dollars for an array of programs, a safe bet for getting funding is the Advanced Research Projects Agency-Energy (ARPA-E), an incubator of clean energy technologies that has consistently won support from both parties.

Attempts to eliminate the DOE agency by the Trump White House were dismissed and it seems likely Congress will at least match the administration’s $500 million request for fiscal 2022 (Greenwire, May 28).

The U.S. Chamber of Commerce’s Global Energy Institute noted in a recent letter to lawmakers that it supports "$500 million to continue to expand funding for ARPA-E, a well-managed program that pursues high-risk, high-reward clean energy technologies."

The Biden administration also is seeking about $200 million to start a new Advanced Research Projects Agency-Climate (ARPA-C), but some lawmakers have already suggested that effort is redundant to the existing APRA-E (Greenwire, May 28).

One outcome could be to scrap the new agency and instead allocate those extra dollars for more ARPA-E work, an idea that could gain bipartisan backing.

Everglades and Great Lakes restoration efforts are politically popular and might end up with more money than the White House’s request.

The Biden administration wants $350 million for the Army Corps of Engineers’ ongoing Everglades restoration effort, a $100 million increase over fiscal 2021.

But Florida lawmakers have lobbied for more than double that — $725 million — as part of a push to have the federal government match state contributions over the next four years.

While the Army Corps has said it could not spend $725 million a year on the network of South Florida levees and other flood control efforts, the Sunshine State’s congressional delegation is among the most powerful and largely favors the increase (E&E Daily, May 25). The hike also has the support of the Everglades Foundation.

Two years ago, then-President Trump backtracked from an attempt to eliminate nearly all the funding for the grant program amid bipartisan blowback.

Rep. David Joyce (R-Ohio), the ranking member on the House Interior-EPA Appropriations Subcommittee, whose district touches Lake Erie, helped reverse the proposed cuts and would likely lead any effort to get more dollars for preserving the world’s largest freshwater lakes.

The lakes also have a strong ally in Rep. Marcy Kaptur (D-Ohio), chair of the Energy and Water Appropriations Subcommittee.

Proposals for increased spending on cybersecurity to protect the nation’s electric grid and oil and gas pipelines are not likely to encounter much resistance in light of recent attacks, including last month’s Colonial pipeline disruption.

All told, the Biden administration is seeking $9.8 billion for civilian cybersecurity. That includes money for protecting the nation’s critical infrastructure.

The request includes $750 million for the federal government to respond to "lessons learned" from the breach of major software provider SolarWinds Inc., which hit the Department of Energy and other agencies.

DOE’s budget request also calls for moving the Strategic Petroleum Reserve (SPR) from the Office of Fossil Energy to the Office of Cybersecurity, Energy Security and Emergency Response to make sure it’s secure from any outside attack.

Lawmakers cannot do anything to halt billions of dollars in new spending for federal conservation efforts.

Last year, Congress passed the Great American Outdoors Act that, beginning in fiscal 2022, requires annual funding of $900 million for the Land and Water Conservation Fund, which pays for state and local conservation efforts via grants.

The bill also created a new $1.9 billion annual fund to reduce billions of dollars in deferred maintenance at national parks and other federal sites.

The mandatory dollars are automatically funneled to the accounts via revenue from federal energy leases and cannot be altered in the spending bills.

"The administration clearly understands that LWCF will be a critical tool for meeting the president’s ambitious conservation and recreation goals and providing greater equity to underserved communities," said Tom Cors, director of government relations for lands at the Nature Conservancy and a spokesperson for the LWCF Coalition, last week.

Biden already has jettisoned controversial Trump administration policies that would have handed state and local officials some veto power over LWCF land acquisitions. Now, lawmakers will turn toward shaping which parks and what projects receive those guaranteed dollars.

Democrats and Republicans might not be on the same page regarding energy extraction efforts, but they are likely to favor Biden’s push to clean up abandoned oil wells and mines.

The White House budget proposes $580 million to triple spending to remediate and clean up abandoned mines and wells, something the budget says would create 250,000 jobs.

While the final spending figure could change, the policy push is likely to win over lawmakers from both parties as it’s a way to protect the environment and create jobs.

The effort would be mainly overseen by the Interior Department’s Office of Surface Mining Reclamation and Enforcement and the Bureau of Land Management.

Outside groups rarely on the same page — including the Environmental Defense Fund and the Independent Petroleum Association of America — favor recent bipartisan legislation proposed in the Senate to authorize a $4.6 billion cleanup of the nation’s 56,000 abandoned wells. Similar legislation has been introduced in the House (see related story).

Rep. Hal Rogers (R-Ky.), a top appropriator, has championed a pilot program to speed up mine cleanups while creating jobs. Bipartisan legislation along those lines is also pending (E&E Daily, May 27).