5 DOE takeaways in the spending bill 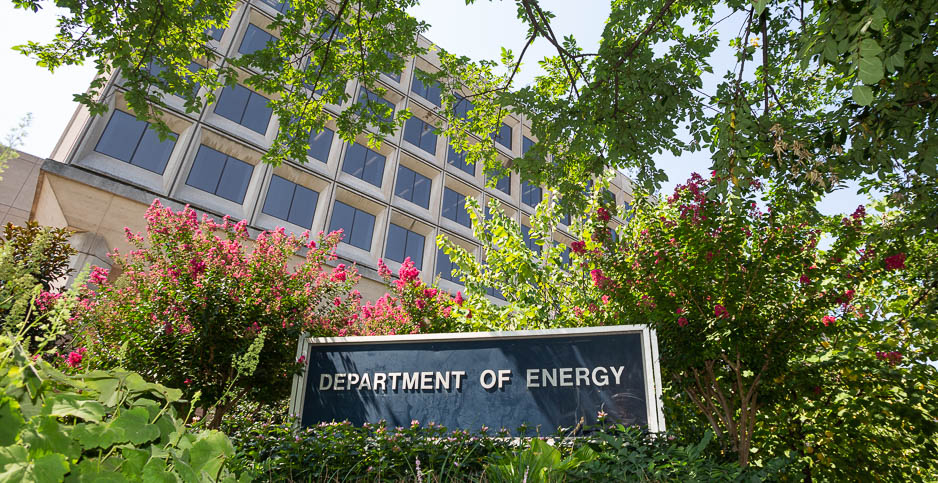 A massive spending bill that boosts investment in clean energy research at the Department of Energy also tackles staffing levels and could frustrate efforts for a planned petrochemical storage facility in Appalachia.

The House cleared the spending package yesterday, and the Senate is expected to approve it by Friday. It’s unknown if President Trump will sign the bill, but Treasury Secretary Steven Mnuchin was involved in putting it together.

That legislation continues a trend of DOE research funding growth despite repeated calls from the Trump administration to slash the spending.

The bill contains $2.8 billion for DOE’s Office of Energy Efficiency and Renewable Energy, record appropriations for the Advanced Research Projects Agency-Energy and a big jump for the Office of Science and national lab activities.

Here are five things to know about what else the legislation includes:

The spending agreement addresses congressional concern about declining staff levels in DOE’s Office of Energy Efficiency and Renewable Energy. It would give the department 30 days to report back to Congress with a plan to increase staffing to at least 675 full-time employees by the end of the fiscal year.

A Senate report in September had expressed worries over a drop in EERE staff by 90 full-time employees since 2017 — a 14% reduction, even as funding levels rose by 14%.

It also noted that rather than using available funds to hire the staff "needed to responsibly manage a growing portfolio," the department was using the money "to pay general overhead expenses, a change in historical practice."

The office at the time said it was working to fill the vacant positions (Energywire, Sept. 13).

The agreement also would provide $20 million for DOE to partner with a land grant university to pursue "leading-edge interdisciplinary research that promotes workforce development in emerging fields."

The spending bill contains $20 million within DOE’s Office of Fossil Energy for research and development of negative-emissions technologies, including at least $10 million for direct air capture, which pulls carbon dioxide directly from the atmosphere.

Hailed as a needed technology to help meet the goals of the Paris climate agreement and avoid the worst effects of climate change, direct air capture has caught the eye of many Capitol Hill lawmakers as they look for solutions to cut carbon emissions (E&E Daily, Nov. 1).

The funding in the bill would mark the first direct congressional appropriation for air capture.

The technology remains in its infancy, with high costs and lack of widespread use. Some climate advocates have pushed back against spending dollars on tools they see as offering cover for fossil fuel companies to continue production unabated.

Appropriators are also asking DOE about ways to set up a future program dedicated to direct air capture, among other areas.

Within 180 days of enactment, Congress is seeking a report from DOE on "recommendations for program structures that could best support and maximize the impact of expanded research, development, and demonstration efforts in three areas: decarbonization of the industrial sector, direct air capture, and carbon use," the bill report said.

The agreement also includes language that could complicate efforts to build a planned petrochemical storage facility known as the Appalachian Storage Hub.

Backers of the massive Ohio River infrastructure project have sought a $1.9 billion loan guarantee under DOE, but the year-end spending deal largely reflects House Democrats’ opposition to the idea. The bill mandates that DOE use the loan guarantee program only for "projects that avoid, reduce, or sequester air pollutants or anthropogenic emissions of greenhouse gases and employ new or significantly improved technologies as compared to commercial technologies in service in the United States."

Environmentalists opposed the measure and questioned the legality of giving the natural gas and plastics industries a loan from a grant program that was created to encourage clean energy technology.

The Trump administration had proposed eliminating the loan programs altogether, but the agreement provides for $29 million for "innovative technology," $5 million for advanced technology vehicle manufacturing and $2 million for tribal energy.

Highlighted in the Senate Republican summary of the bill, appropriators attached direction and funding for DOE’s Office of Nuclear Energy to conduct at least two demonstration projects for advanced nuclear reactors.

The Trump administration has focused much of its nuclear work on advancing the next generation of reactor technology as larger, more traditional nuclear plants struggle to keep up in a rapidly changing electric marketplace.

The spending bill would also set aside $100 million for continued work to design and license an advanced small modular reactor.

"By boosting research for advanced nuclear technology, we are encouraging the type of innovation that will allow the United States to power the economy of tomorrow and reduce emissions," said House Energy and Commerce ranking member Greg Walden (R-Ore.).

The bill also would increase spending on coal research and development at DOE’s National Energy Technology Laboratory (NETL). The 2020 budget would jump from $54 million in fiscal 2019 to $61 million, more than the White House requested.

Congress set aside at least $23 million of that spending for ongoing research into extracting rare earth elements from coal, coal waste and toxic acid mine drainage that flows out of old mines.

Rare earths have become a bargaining chip in Trump’s trade war with China, as Beijing has near-total command over U.S. supplies of 17 minerals used in everything from missile systems to cellphones.

With high concentrations of rare earths identified in coal, NETL has been researching recovery technology since 2014.

"They are now to the point where they believe they can make salable, low-cost, high-purity rare earth oxides," Ames Laboratory Director Adam Schwartz told Congress at a recent hearing (E&E Daily, Dec. 11).