5 issues to watch as budget reconciliation kicks into gear 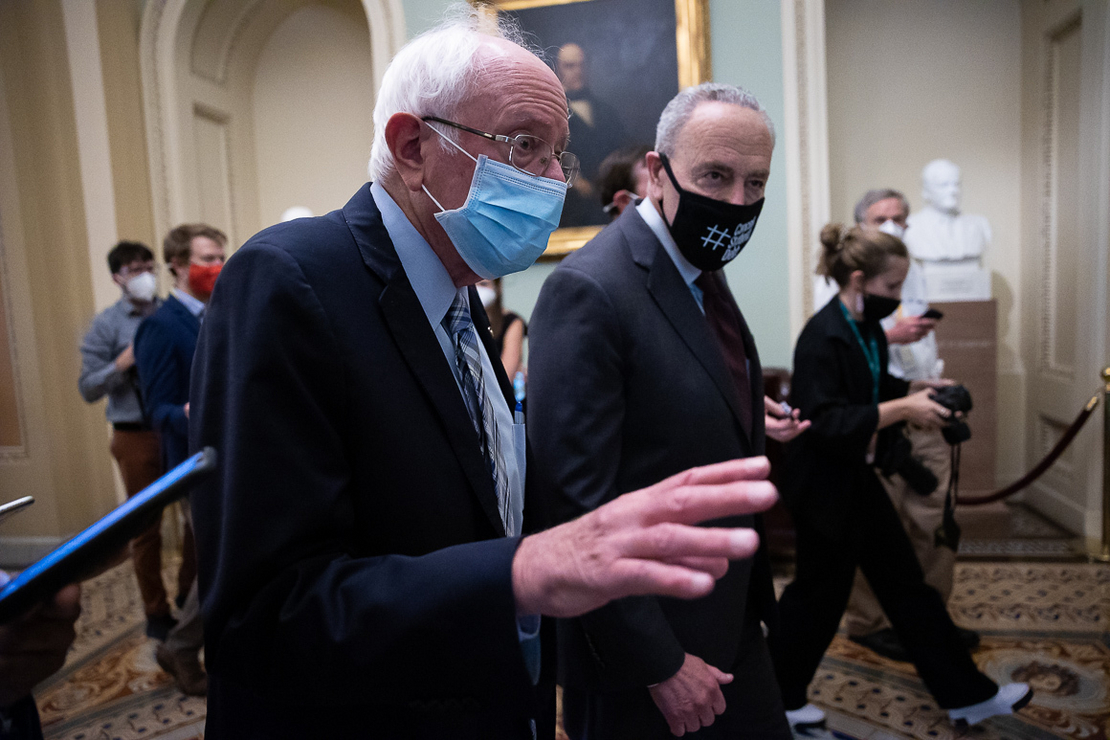 Senate Democrats are kicking off debate on a budget reconciliation package this week, a process that will make or break President Biden’s promises to tackle climate change.

With United Nations climate talks just a few months away — and a daunting new Intergovernmental Panel on Climate Change report released yesterday — the big investments Democrats envision in clean energy and infrastructure could be crucial to meeting international climate goals.

But there’s a long road ahead.

Senate Democrats yesterday unveiled a $3.5 trillion budget resolution, which sets instructions for committees around Capitol Hill to write policies for a filibuster-proof reconciliation package. They are expected to begin voting on it today once the Senate passes the bipartisan infrastructure bill (see related story).

While the resolution dictates only the topline spending for each committee, Senate Majority Leader Chuck Schumer (D-N.Y.) laid out the expectations for each panel in a memo.

They include a variation on a clean electricity standard to be written in Energy and Natural Resources, a methane fee to be fleshed out in Environment and Public Works, and a clean energy tax overhaul for the Finance Committee (Greenwire, Aug. 9).

The Senate will likely pass the resolution this week after a marathon "vote-a-rama" on an unlimited number of amendments, which Republicans will use to message against Democrats and frame the effort as a reckless spending spree.

The rules of reconciliation are narrow, allowing only for a limited set of tax and spending policies to pass with a simple majority, but it’s currently the only tool Democrats have to bypass Republicans in the 50-50 Senate.

That means pained debates and potential partisan brawls before senators even finish writing the reconciliation package in mid-September. The memo isn’t the last word either, and the policy could change significantly by the time it’s in the bill.

Here are 5 things to watch as the process moves ahead in the coming weeks:

The memo accompanying the budget resolution contains a new bit of nomenclature: the "Clean Electricity Payment Program." That’s how Democrats want to design the energy efficiency and clean electricity standard from Biden’s initial climate plans to fit the confines of reconciliation.

In short, it would function as a system of direct payments to utilities that deploy a certain amount of clean energy and fees for those who do not, with the goal of an 80% clean power sector by 2030.

Sen. Tina Smith (D-Minn.), who has led the way in developing and publicizing the policy design, said she would not expect the fee to play a major role in raising revenues.

"The fees could generate some revenue, depending on how the whole program is structured," Smith told E&E News last week. "But it’s really designed to make the incentives so powerful that utilities choose not to pay the fee because of the benefit of getting incentives."

It’s a potentially appealing model for politicians who want to deploy clean energy without directly raising consumer costs. But there could still be some friction, with Senate Energy and Natural Resources Chair Joe Manchin (D-W.Va.) — who once shot a climate bill with a gun in a campaign ad — in charge of writing the program for reconciliation (E&E Daily, July 20).

Manchin has said he is open to a clean electricity standard, as long as it does not forcibly eliminate fossil fuels. To that end, Smith said she thinks the program “should be designed to include carbon capture and storage.”

"I think it satisfies a lot of his issues that are around competitiveness in the marketplace," Smith said.

The reconciliation package will likely include two key policies backed by climate advocates: a fee on methane emissions and a carbon border adjustment.

Sen. Chris Coons (D-Del.) and Rep. Scott Peters (D-Calif.) also have a bill, S. 2378, that could serve as a model for the Finance Committee for the border adjustment, a tax on carbon-intensive goods imported from abroad that advocates say could help shore up U.S. industry (E&E Daily, July 20).

Absent from the reconciliation talks is a carbon tax, a policy moderates and business groups have backed for years. The idea has fallen out of favor among progressives, who see it as a regressive tax. But several senators have said in recent days that they believe it could still be on the table for reconciliation.

"A clean electricity standard can be a complimentary policy to a carbon fee," Schatz told E&E News last week. "I don’t think any particular policy should benefit from perceived incumbency. I think the object of the game here is to deal with the physics of climate change, not the politics of the United States Capitol."

Any polluter fees that do end up in the mix could also serve as pay-fors on the $3.5 trillion package, a potentially important point amid moderate concerns about the price tag.

While senators like Manchin and Sen. Kyrsten Sinema (D-Ariz.) plan to vote for the budget resolution, they have already signaled that they might be uncomfortable with the final product (E&E Daily, July 29).

On that front, the Senate Finance Committee will have a big role to play. In addition to expansions of clean energy tax incentives and the border fee, the panel will be directed to hit $1 billion in deficit reduction, meaning it will be drawing up many of the bill’s offsets.

Meanwhile, Democrats will have to raise or suspend the federal debt ceiling in the coming months to avoid catastrophic economic impacts. The issue went unaddressed in the budget resolution and accompanying memo, and Republicans have warned repeatedly that they will not help. The fight is likely to continue percolating and affect reconciliation talks.

Democratic leaders want to tie the fates of the reconciliation package and the $550 billion bipartisan infrastructure package expected to pass today.

But questions remain about how much the two bills will overlap and whether Democrats will be able to double dip on policy areas already addressed in the bipartisan legislation (E&E Daily, July 30).

Biden at one point suggested that policy areas in the bipartisan bill would not be addressed in the reconciliation package. That could be a problem for items like electric vehicle funding, which would get just $7.5 billion in the bipartisan legislation, and for transit, which would get $39 billion total. The memo accompanying the instructions yesterday nonetheless calls for money and tax incentives for clean transportation in reconciliation.

Whitehouse, a member of the Budget Committee, said he expects any concerns about double dipping to be "fairly narrowly construed to specific accounts where there’s been a specific agreement."

"There are plenty of ways to get money through to EV charging, and I think that’s everybody’s expectation," the senator said in an interview.

And House progressives are already pushing for more in reconciliation. Reps. Debbie Dingell (D-Mich.) and Yvette Clarke (D-N.Y.) led a letter yesterday calling for $85 billion in investments for EVs and transportation electrification.

"To deliver electric vehicle charging investments at the scale our communities and the climate crisis require, the House must have the opportunity to build on the Senate’s infrastructure proposals," read the letter signed by more than two dozen House Democrats.

The Interior Department and conservation programs could get some attention as the process moves forward.

Progressives and Western Democrats have been pushing over the last week to get the agency’s programs included in the reconciliation package. That effort came to a head Friday with a letter to Schumer from Sen. Ron Wyden (D-Ore.) and other Democrats calling for Interior and the Forest Service to get “significant funding.”

ENR’s $198 billion allocation in the budget resolution would include funding for Interior programs, according to the memo. But House Natural Resources Chairman Raúl Grijalva (D-Ariz.) said yesterday it’s not enough.

"Regardless of how much good work this resolution does in other areas, you can’t spin away the fact that it doesn’t offer the Interior Department enough money to meet some of our critical climate goals, including pressing needs like drought mitigation throughout the West," Grijalva said in a statement. "It’s disappointing to see these obvious needs go unmet."