5 issues to watch this week in Congress 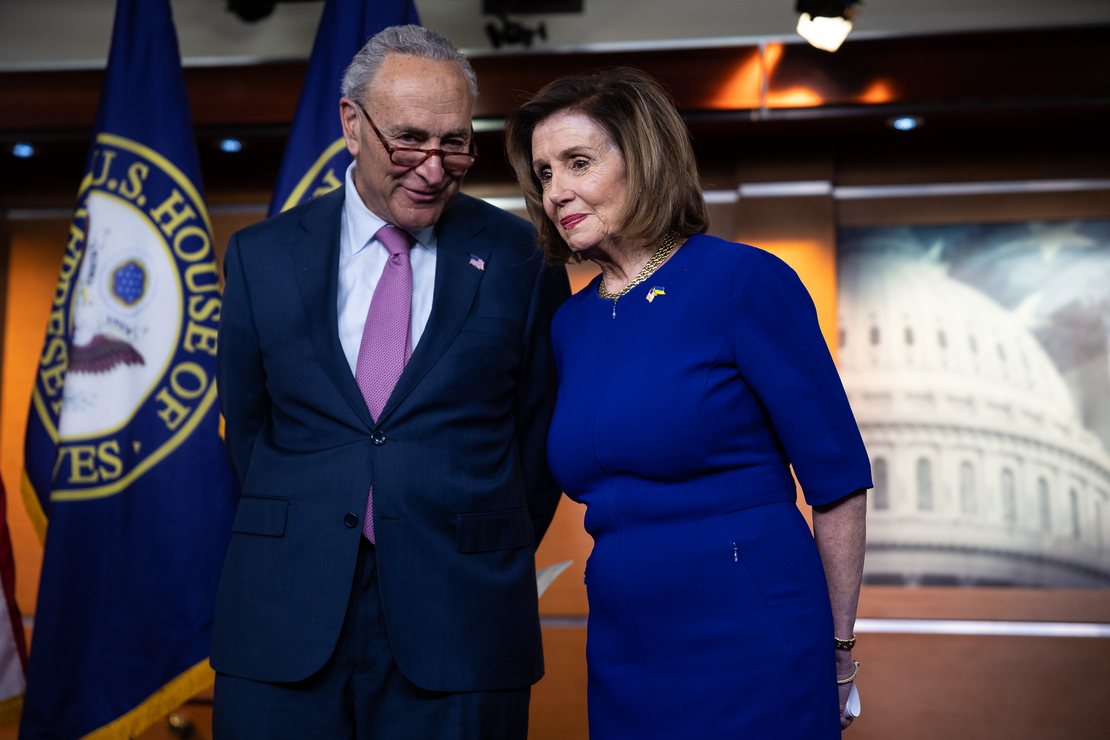 Democrats are eager to make progress on pending energy policy issues ahead of the Memorial Day recess.

The Senate will vote this week on legislation to secure abortion rights, with the Supreme Court poised to overturn the Roe v. Wade ruling, according to a draft opinion published by POLITICO this month.

But Democrats don’t have the Senate votes to act on abortion. Their actions on energy, however, could define their legacy for the current Congress and set their momentum going into the midterm elections.

Democrats have pitched the legislation as a central pillar of their efforts to curb energy inflation and deflect Republican attacks. The GOP says President Joe Biden and his party’s energy and climate policies are to blame for consumers’ pain at the pump.

“When the bills hit the floor, Republicans will face a dilemma. Which side are they on? The side of the consumer and lowering gas prices, or are they on the side of Big Oil? We’ll soon find out,” Schumer said during an April 28 press conference.

Numerous other bills have been released. Reps. Katie Porter (D-Calif.) and Kim Schrier (D-Wash.) released the “Consumer Fuel Price Gouging Prevention Act” Friday to give the president power to declare an energy emergency and limit price increases. Such measures are unlikely to become law.

A group of lawmakers from both parties met twice last week and said they could get together again, but have yet to publicly announce another discussion.

It’s unclear, however, whether there is any meaningful momentum toward a bipartisan energy and climate bill. Senate Environment and Public Works ranking member Shelley Moore Capito (R-W.Va.), for example, was quick to quash the idea of a methane fee (E&E Daily, May 6).

That policy has been under discussion for months as part of the Democrats’ budget reconciliation legislation. Manchin has said he remains open to a compromise on a new iteration after killing the “Build Back Better Act” in December.

“I think we will be able to do it as quickly as possible,” Pelosi said yesterday on CBS’s “Face the Nation.”

“We have great bipartisanship in terms of our support for the fight for democracy that the people of Ukraine are making,” she added. “We have respect for the strategy of the president of Ukraine. And we have a recognition of the need for weapons, for sanctions — more weapons, more sanctions, more economic assistance and more humanitarian assistance.”

Democrats have floated including $22 billion in Covid-19 pandemic-related spending. Republicans have scoffed at the idea, especially because they want to use the pandemic supplemental to force a vote on immigration policy.

“We need to triple down on our willingness to help the Ukraine,” Sen. Lindsey Graham (R-S.C.) said on “Fox News Sunday.”

S. 1260, the “U.S. Innovation and Competition Act,” would authorize $17 billion for the Department of Energy’s national labs, on top of a major infusion for the National Science Foundation.

H.R. 4521, the “America COMPETES Act,” would authorize more than $100 billion for the NSF and the Energy Department’s Office of Science, and would authorize billions in international climate aid (E&E Daily, April 8).

The Senate will vote this week on Asmeret Berhe to lead the Energy Department’s Office of Science after last week confirming Kathryn Huff to lead DOE’s nuclear energy efforts.

The Energy and Natural Resources Committee approved Berhe — a soil biochemistry professor and the Ted and Jan Falasco Chair in Earth Sciences and Geology in the University of California, Merced’s Life and Environmental Sciences department — in March by a vote of 12-8. Even though some Republicans have questioned her qualifications, Manchin has expressed his support.

Democrats may move to confirm Alvaro Bedoya to the Federal Trade Commission as part of their agenda to investigate price gouging. Also pending are Federal Reserve nominees, including Chair Jerome Powell’s renomination.