5 takeaways from day one of the Jackson hearings 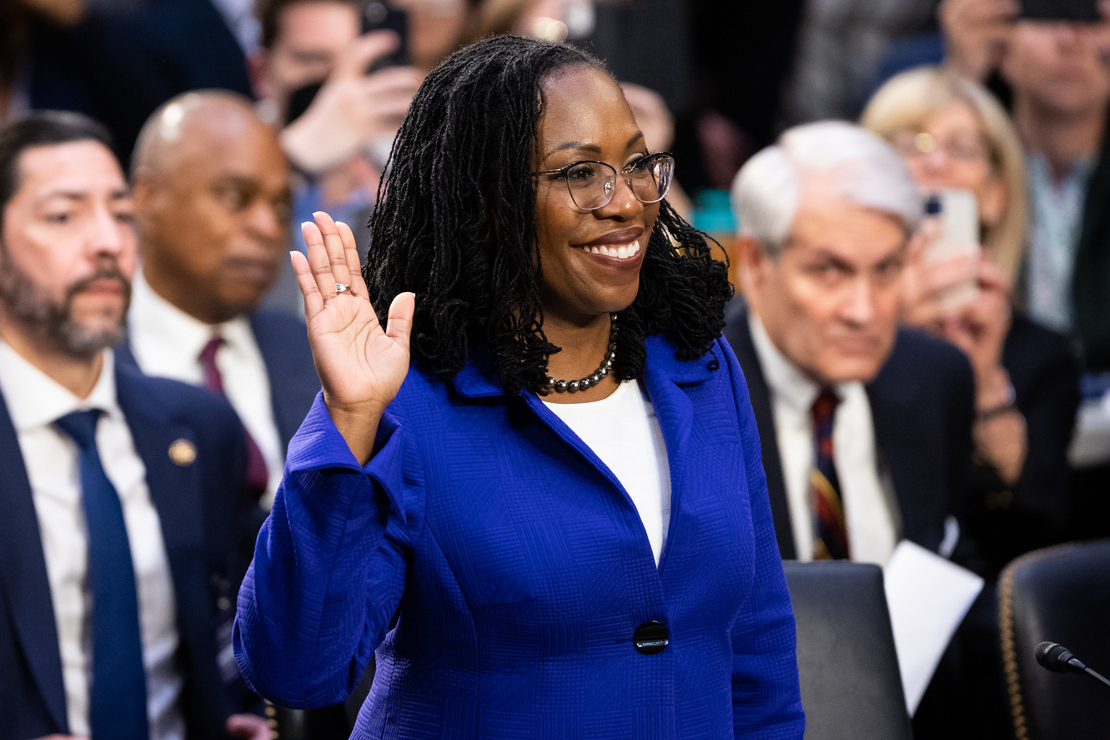 Members of the Senate Judiciary Committee this morning will begin questioning Ketanji Brown Jackson after previewing their lines of inquiry yesterday for the Supreme Court nominee.

While Jackson, 51, is widely expected to be confirmed to a lifetime appointment to a court that will soon grapple with crucial environmental questions, it is not yet clear whether any Republicans will support her nomination.

If confirmed, Jackson, a Harvard College and Harvard Law School graduate, would be the first Black woman to serve as a Supreme Court justice. She would likely join the high court in time to consider a major Clean Water Act case that has the potential to limit federal jurisdiction over the nation’s waters.

Sen. Alex Padilla (D-Calif.), during his opening statement yesterday, said he viewed Jackson as equipped to tackle the nation’s most consequential legal battles.

“The choice of the Supreme Court will certainly shape the future of labor rights, voting rights, women’s rights, criminal justice, immigration, technology, environmental protection and so much more,” he said.

Thomas Griffith, a retired U.S. Court of Appeals for the District of Columbia Circuit judge appointed by former President George W. Bush, vouched for Jackson and said that senators with any doubts about her approach should review her long record as a federal judge. The nominee currently sits on the D.C. Circuit.

Here are some takeaways from the first day of Jackson’s hearings:

During her opening statement, Jackson began to address concerns raised throughout the day by Republican lawmakers over whether her judicial philosophy would lead her to favor an outsize role for the courts in policymaking — a question with direct implications for federal climate action.

“I know that my role as a judge is a limited one,” Jackson said.

Some conservative lawmakers warned that they would not support a Supreme Court nominee who appeared to veer too far in the direction of making law or setting policy from the bench — a debate that has flared in high-profile legal challenges seeking to move the needle on federal climate action.

Sen. Marsha Blackburn of Tennessee cited Jackson’s record as a judge and a member of the U.S. Sentencing Commission to raise concerns the nominee might be too soft on punishments for child sex offenders and too sympathetic to the federal government’s involvement in private family matters.

“You once wrote that every judge has personal agendas and then influence how they decide cases,” Blackburn said. “So I can only wonder: What’s your agenda?”

Former Sen. Doug Jones (D-Ala.), who is serving as Jackson’s Senate guide, called yesterday’s session a “good start.” He said he was not surprised by any of the GOP criticism, although he argued the GOP claims regarding the sentencing of child sexual offenders had been widely debunked.

Jones said Jackson would outline a philosophy or approach to law over the next two days that emphasizes “fairness, impartiality, judicial restraint, not staying in a judicial lane [and] not being a policymaker.”

Childs “would have gotten 60-plus votes,” Graham said, but she faced criticism from progressive and labor union groups for her work on behalf of employers to fight worker claims.

“The groups that came to your aid at the expense of Judge Childs, how did that happen?” Graham said, citing involvement by groups like Demand Justice and consultant Arabella Advisors. “Why were they doing what they were doing?”

Childs, who now serves on the U.S. District Court for the District of South Carolina, is currently awaiting confirmation to the D.C. Circuit (Greenwire, Jan. 3).

Graham is one of the Republicans who supported Jackson’s D.C. Circuit confirmation.

Sen. Sheldon Whitehouse (D-R.I.) said the accusations against the Biden administration were hypocritical in the face of efforts by the Federalist Society to help the Trump administration stock the courts with record numbers of judges — including three Supreme Court justices — over the course of just four years.

“Judge Jackson’s nomination and the process by which she was selected stand in sharp contrast,” Whitehouse said. “President Biden undertook a thorough and independent review record. She will proceed through a thorough and fair process here in the Senate.”

“We know a lot about the time that Judge Jackson spent applying precedent as a trial judge, but little about her independent views of larger constitutional and legal questions,” McConnell said.

Jackson has served as a judge of the U.S. Court of Appeals for the District of Columbia Circuit for less than a year and has so far only issued a few opinions for that bench. She received three Republican votes for her D.C. Circuit confirmation, but so far none of those lawmakers have committed to supporting her Supreme Court appointment.

Prior to serving on the D.C. Circuit, she was a judge of the U.S. District Court for the District of Columbia for eight years.

During her opening remarks to the Judiciary Committee, Jackson highlighted the depth of her experience as a trial court judge and pledged to carry on the legacy of retiring Justice Stephen Breyer, who built a reputation as a moderate, consensus-building jurist.

“I’ve been a judge for nearly a decade now, and I take that responsibility and my duty to be independent very seriously,” Jackson told the committee.

Republicans on the Judiciary Committee yesterday expressed frustration about the confirmation proceedings for Supreme Court Justice Brett Kavanaugh and other conservative nominees — as they pledged to avoid doing the same for Jackson’s hearings (Greenwire, March 21).

In 2018, the Judiciary Committee brought Kavanaugh back for a second round of hearings after allegations surfaced that he had sexually assaulted a high school classmate.

They lobbed criticisms at Democrats for opposing the nominations of other jurists of color — such as Janice Rogers Brown and Miguel Estrada, who were both tapped for positions on the D.C. Circuit during the George W. Bush administration.

“It’s not about race,” said Sen. Ted Cruz (R-Texas) to Jackson. “We will see Democrats in the media suggest that any senator that is skeptical of your nomination that questions you vigorously or that dares to vote against you must somehow harbor racial animus.”

Republican lawmakers told Jackson that they planned to ask Jackson about calls for Supreme Court reform.

Conservative justices now hold a 6-3 majority. Jackson’s confirmation would not shift the court’s ideology, but it would help reinforce the diminished liberal wing.

“You will be asked, ‘Do you support expanding the Supreme Court?’” said Graham of South Carolina. “I hope you give us an answer. It shouldn’t be hard. Either you do or you don’t.”

He recalled that the late Justice Ruth Bader Ginsburg had opposed proposals to add more justices to the Supreme Court.

Like past court nominees, Jackson is not expected to comment on any issues that could be addressed through legislation, including Democratic proposals to expand the size of the Supreme Court, said Jones, the former Alabama senator.

Supreme Court hearings have become highly partisan, Jones said: “At a different time in a different place, she would probably be a near unanimous, if not a unanimous confirmation.”

Even if Jackson does not draw any Republican votes, the Senate can use its narrow 50-50 majority to confirm her, with Vice President Kamala Harris serving as the tie-breaking vote.

Senate Majority Leader Chuck Schumer (D-N.Y.) said he was confident that Americans would not be persuaded by “misleading and desperate broadsides” against Jackson.

“We need not pretend that wild accusations from self-interested actors deserve to be taken seriously,” he said, “so color me skeptical that the American public will give them much weight.”