5 takeaways from Michael Regan’s week on the Hill 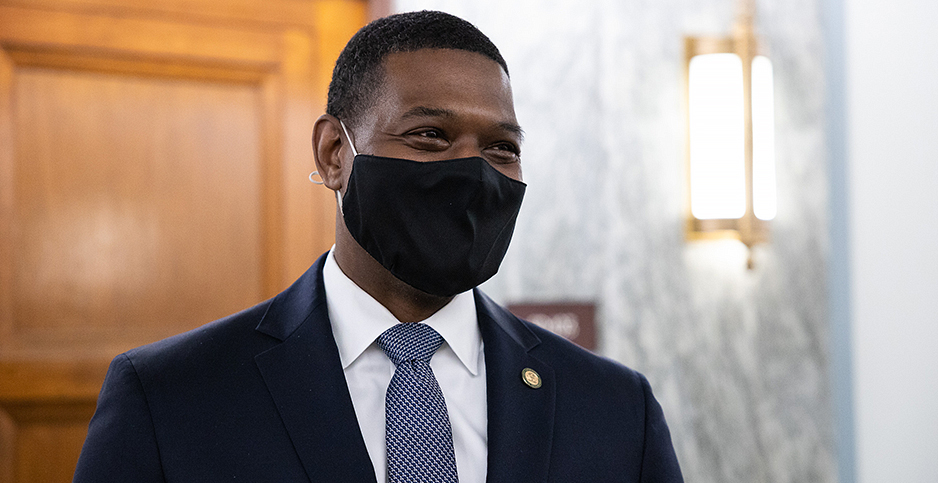 EPA Administrator Michael Regan this week sailed through his first slate of congressional hearings since confirmation.

Regan’s time on Capitol Hill had a twofold purpose: He was a member of the Biden administration’s sales team for its $2 trillion infrastructure plan as well as there to back up President Biden’s initial budget proposal for EPA.

Under that budget plan, the agency would receive $11.2 billion for fiscal 2022. That’s $2 billion more or a 21% increase from EPA’s current funding.

Congress doesn’t typically follow presidents’ budget requests, but Democrats, in control of the House and the Senate, will try to boost EPA spending as much as possible.

The EPA administrator faced little resistance from Republicans during the hearings. Instead, most of their questions focused on how and where his agency plans to spend the money rather than attacks on Regan or on policy.

EPA will have a big role to play in Biden’s infrastructure plan, which proposes billions of dollars of funding for water infrastructure; electric school buses; remediation of per- and polyfluoroalkyl substances, or PFAS; as well as redevelopment of brownfield and Superfund toxic waste sites.

Regan’s sales pitch on infrastructure began even earlier this week. On Monday, he appeared with Vice President Kamala Harris in his home state of North Carolina to talk up EPA’s part in the proposal and tour an electric school bus manufacturer.

Here are five takeaways from Regan’s week before Congress.

Regan returned to a familiar refrain during his hearing appearances: Cleaning up the environment and growing the economy is not an "either-or" situation but rather pair quite nicely. It’s an argument made by past EPA administrators, too.

"Environmental protection and economic prosperity are not mutually exclusive but actually go hand in hand," Regan said Tuesday in his opening statement to the Senate Appropriations Committee.

Part of Biden’s infrastructure plan is $111 billion in spending on water infrastructure, including $45 billion to replace all of the country’s lead pipes and service lines. The initiative would not only improve drinking water for communities of color or of low income, but provide jobs to the construction and plumbing industries.

"In total, these investments will create millions of good-paying jobs, including union jobs," Regan said.

Perhaps the one tense exchange Regan had this week was with Sen. John Kennedy (R-La.) at that hearing. Kennedy pushed if there was any EPA modeling for how much the infrastructure plan, championed as a force against climate change, would lower world temperature. The EPA administrator didn’t provide a figure but returned to the jobs argument.

"I think the American Jobs Plan looks at more than just a prayer and a whim. I think it looks at some really good metrics that show that we can create millions of jobs," Regan said (Greenwire, April 21).

Beyond promoting the jobs angle for EPA spending, Regan reinforced how that spending will change under his direction.

Part of the president’s budget request is $936 million for a new Accelerating Environmental and Economic Justice Initiative housed at EPA. That would be a massive increase, geared toward helping communities disproportionately affected by pollution.

"This is a central piece of our work, environmental justice and equity," Regan said at yesterday’s hearing held by the House Interior-Environment Appropriations Subcommittee.

Regan noted a memo he sent to EPA employees instructing every office to incorporate environmental justice into their work. "Not just from a rhetoric standpoint, but in terms of the very DNA of the work that EPA does here," he said.

The EPA administrator believes the agency needs to do more to help communities overburdened with dirty air and water. Regan said EPA could push forward on enforcement as well as providing technical assistance.

In addition, the agency should look to lawmakers if EPA needs more power to help those most affected by pollution.

"We need to do more partnering with our legislative bodies to think through, if we don’t have all of the statutory authority we need to address cumulative impact in the most expedient way, we’re working with you to develop the laws that will govern that," Regan said.

As secretary of the North Carolina Department of Environmental Quality, Regan spent a lot of time on PFAS — the "forever chemicals" that contaminated drinking water in his state.

Now, as EPA administrator, he will have more resources at his disposal to clean up the mess across the country. Regan will also have more scrutiny, as lawmakers at both hearings pressed him on who would receive help and when.

"How long do you think it’s going to take us to get to a federal drinking water standard?" asked Rep. Chellie Pingree (D-Maine), chairwoman of the House Interior-Environment Appropriations Subcommittee, adding it’s a challenge for states to deal with PFAS on an individual basis.

Regan said EPA was moving in "an expedited fashion" on such a standard (Greenwire, April 21). Also part of Biden’s infrastructure plan is $10 billion for PFAS monitoring and remediation.

At Tuesday’s hearing, Sen. Jeanne Shaheen (D-N.H.) asked if that could be used to help smaller water systems.

"Will there be help available to private well owners who have been affected by PFAS in some form?" Shaheen said.

Regan said he will look into the matter, noting, "We do know that this problem has been particularly impactful in our rural communities, which will have a tremendous amount of private well owners as well."

The EPA administrator hopes to achieve what the past two administrations failed to do — thread the needle on a regulation setting Clean Water Act oversight over waterways and wetlands.

The Waters of the U.S. rule was troublesome for both the Obama and Trump EPAs. Regan said the agency has learned lessons from both and wants to engage with agriculture and environmental groups to craft a better regulation.

"We don’t have any intention of going back to the original Obama Waters of the U.S. verbatim, and we don’t necessarily agree with everything that was in the Trump administration’s version as well," Regan said at yesterday’s hearing, pledging EPA will move forward in an "inclusive" and "forward-looking" way.

Rep. Chris Stewart (R-Utah) was a fan of the EPA administrator after that answer, saying Regan "made my day to hear you say that."

Republicans cozy up to Regan

Regan had a convivial audience on Capitol Hill this week, and often Republicans were the ones trying to make friends.

It was a stark contrast to the last four years when Scott Pruitt and later Andrew Wheeler, administrators for the Trump EPA, tangled with Democrats at congressional hearings.

Before questioning Regan, Stewart noted the similarities between him and the EPA head. The lawmaker visited Goldsboro, N.C., Regan’s hometown, during his Air Force service; both of their fathers served in the military; and he and Regan both love the outdoors.

Over both hearings, lawmakers, including many Republicans, invited the EPA administrator to visit their states.

And Sen. Cindy Hyde-Smith (R-Miss.), who spent her time discussing a controversial flood-control project, the Yazoo Backwater pumps, said she hoped he would come to Mississippi to look at the project.

"As long as everybody else is inviting you, I would invite you to visit the great lakes of Idaho. We have some great lakes there too," said Rep. Mike Simpson (R-Idaho) with a laugh at yesterday’s hearing.

GOP pleasantries is something Regan also enjoyed and cultivated in North Carolina. But it’s also recognition of his power as EPA administrator.

Those warming relations, however, could soon become strained once his agency begins proposing tough new regulations on air, climate and water.