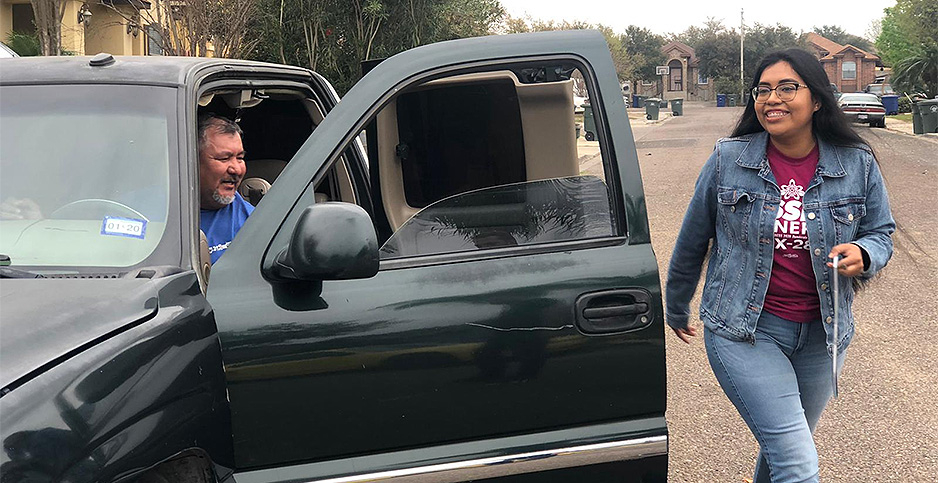 Overlooked by a compelling presidential race, the first congressional primaries of 2020 on Super Tuesday showed how greens might win this year, set up compelling runoffs and kept alive some political comebacks.

Here are the things you may have missed from the more than 100 primaries that were held across five states, including the two most populous, California and Texas.

Cisneros made the progressive plan to reach net-zero carbon emissions by 2030 central to her campaign, appearing with its author, Rep. Alexandria Ocasio-Cortez (D-N.Y.), and winning backing from the League of Conservation Voters, Sunrise Movement and Sierra Club.

It was the first of several House races this cycle where progressives are mounting primary challenges against veteran Democrats. Much of the party establishment, including House Speaker Nancy Pelosi (D-Calif.), rallied to back Cuellar.

Ocasio-Cortez yesterday praised Cisneros for making the run, telling reporters, "I actually think that her performance last night is very rattling to a lot of more established members.

"Here you have a 26-year-old Latina running, a, you know, daughter of immigrants running for the very first time," Ocasio-Cortez said. "She had a boatload of Koch brother money against her, she had the speaker of the House campaign against her … and she came very close within striking distance."

Ocasio-Cortez said Cuellar’s narrow 4-percentage-point win would make him more cautious in "advancing the fossil fuel industry’s interests." She also said the loss would do nothing to discourage her from backing other progressive challengers.

Cisneros herself hardly sounded like she was stepping back, telling supporters yesterday, "The fact that we were about to get within 3, 4 points just shows that there’s so many people out there that share the same ideas and beliefs as we do, that we do deserve better."

Environmental groups had their greatest success when they backed candidates who stopped short of backing the Green New Deal.

In the North Carolina Senate primary, LCV-backed former state Sen. Cal Cunningham easily won his primary election to take on Sen. Thom Tillis (R) in one of the nation’s most competitive Senate races. Cunningham notably did not support the Green New Deal, even though his main competitor, state Sen. Erica Smith, did.

In California, Democratic state Rep. Christy Smith will be the sole Democrat in a special election on May 12 to fill a vacancy created by the resignation of Rep. Katie Hill (D-Calif.), as well as in the general election.

While Smith ran ads tying wildfires to climate change, she did not go as far as her main Democratic primary opponent, progressive activist Cenk Uygur, did in backing the Green New Deal.

Smith is now favored in both face-offs against Republican Mike Garcia, a former Navy fighter pilot, for the northern Los Angeles suburban seat.

Out of three Senate primary races on Super Tuesday, two are slated for runoffs this spring.

In Alabama, former GOP Sen. Jeff Sessions, who gave up his seat to serve as President Trump’s attorney general, will face former Auburn University football coach Tommy Tuberville on March 31 after neither won 50% in the primary.

Sessions, who was forced out by Trump as attorney general, is now seen as the underdog after being mocked for not winning the race outright by the president, who has sky-high popularity in the state.

Sen. Richard Shelby (R-Ala.), a Sessions ally, conceded yesterday he will face a "deep challenge" in winning given Trump’s criticism but predicted a low turnout runoff could still be won with a "good ground game."

The winner will take on Sen. Doug Jones (D-Ala.), widely seen as the most vulnerable incumbent in either party this cycle.

In Texas, former Air Force pilot MJ Hegar, the choice of the Democratic Party establishment, and state Sen. Royce West (D) will face off on May 26 in a runoff election. The winner of that race will take on GOP Sen. John Cornyn, who is seen as a formidable incumbent with a $12 million war chest.

The Democratic Senatorial Campaign Committee was pleased to avoid the possibility of a costly runoff in North Carolina that will allow Cunningham to start focusing on Tillis.

Less than two years away from Congress, former GOP Reps. Darrell Issa and David Valadao of California and Pete Sessions of Texas are all alive in comeback bids.

Issa, the fiery former House Oversight and Government Reform Committee chairman who frequently attacked EPA, was the top Republican finisher in a San Diego County district that neighbors the congressional district he represented for nine terms before retiring in 2018.

He jumped into the race last fall as Rep. Duncan Hunter (R-Calif.) faced mounting legal troubles over his misuse of campaign dollars, which forced him to resign his seat early this year. Issa will face Democrat Ammar Campa-Najjar, who lost a tight race to Hunter in 2018.

Valadao, who was a leader on water issues in the Central Valley, will get a rematch this year against Democratic Rep. T.J. Cox, who narrowly beat him in 2018. The Republican may be the favorite after beating Cox by double digits in the state’s "jungle primary," where the top two candidates advance regardless of party.

Sessions, who as House Rules chairman looked out for energy interests as bills moved to the floor, was the top vote-getter in a Waco, Texas, district about 100 miles southwest of the Dallas-seat he lost to Democratic Rep. Colin Allred in 2018. He faces a runoff against businesswoman Renee Swann, who is backed by retiring Rep. Bill Flores (R).

Pierce Bush, the grandson of former President George H.W. Bush, became the first member of the famed political family to lose in Texas in more than 40 years.

Bush, a political novice, failed to advance in a runoff for the seat of retiring GOP Rep. Peter Olson in southwestern Houston. While his family connections helped with fundraising, it was his family’s cool relationship with Trump that was used against him by his more conservative primary opponents.

Bush, of course, can take some solace in the fact that the last family member to lose a GOP House primary eventually found success.

Indeed, his uncle George W. Bush, who lost a 1976 contest, never lost again in the Lone Star State, serving two terms as governor and then winning the state twice in successful presidential runs.