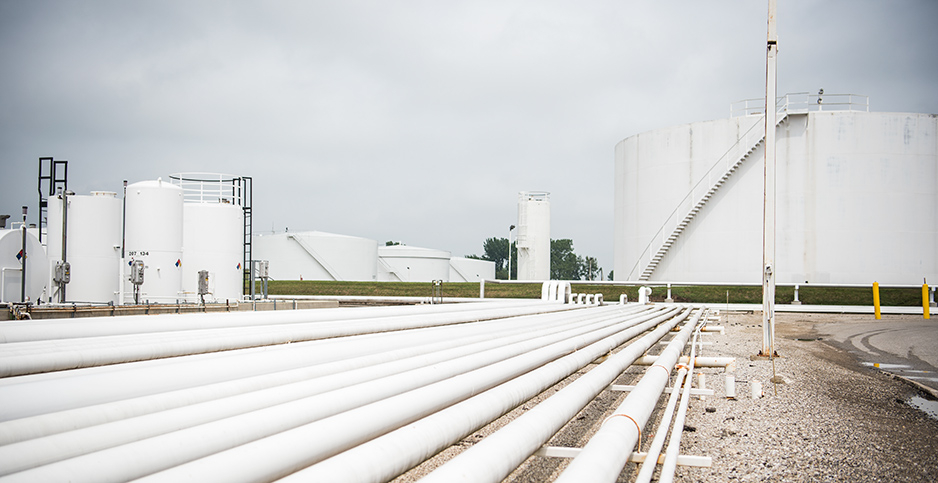 A divisive battle over who must comply with renewable fuels requirements reaches the nation’s highest bench tomorrow.

During remote oral arguments, the Supreme Court will weigh three petroleum refineries’ pleas for relief from biofuel blending requirements that they say are too financially onerous to their businesses.

The fact that the Supreme Court, which only hears a tiny fraction of cases that come its way, even agreed to consider the case has come as a surprise even to the petroleum industry and to legal scholars.

"Why would the court grant this unless, I suspect, there are four justices who don’t like renewable energy?" said Bob Percival, director of the environmental law program at the University of Maryland.

At issue in the case, titled HollyFrontier Cheyenne Refining LLC v. Renewable Fuels Association, are waivers EPA issued to three refineries owned by HollyFrontier Corp. and Wynnewood Refining Co. in 2017 and 2018, excusing the facilities from biofuel blending requirements, due to economic hardship.

In their petition asking the Supreme Court to take up their case, the petroleum refineries said Congress allowed EPA to extend exemptions to small refineries "’at any time’ upon a showing of disproportionate economic hardship."

The case may hinge on the definition of the word "extend," which a lower court read to mean that EPA can only prolong existing exemptions to the renewable fuel standard (RFS).

With billions of gallons of ethanol and other fuels hanging in the balance, the case has the potential to rock the biofuels industry and the farmers who grow the necessary feedstocks, advocates for the renewables industry say. Around 40% of corn grown in the U.S. is used for ethanol, according to the Department of Agriculture.

A ruling against the refineries — and for biofuel groups — could embolden congressional critics who’ve been looking to scale back ethanol mandates in the Clean Air Act. A ruling for refineries, on the other hand, might lead EPA to hand out waivers "like Easter candy," said Monte Shaw, executive director of the Iowa Renewable Fuels Association.

Here are five things to know ahead of tomorrow’s oral arguments:

What does the RFS require?

Under the Clean Air Act, renewable fuels must account for a certain volume of transportation fuel. That volume changes each year according to a schedule set by the RFS program, which was established by the Energy Policy Act of 2005
and expanded in 2007.

The RFS is administered by EPA, which has the power to waive the renewable fuel requirements under certain circumstances.

Among the conditions that qualify a facility for a waiver is the existence of a "disproportionate economic hardship" for small refineries. The challengers in HollyFrontier are asking for an exemption on these grounds.

What have the courts said?

Last year, the 10th U.S. Court of Appeals found that EPA can extend RFS waivers for small refineries, but it cannot grant new ones.

HollyFrontier and Wynnewood appealed the 10th Circuit’s ruling to the Supreme Court, arguing that the decision created "an additional requirement" for small refineries experiencing economic hardship to comply with the standard.

The appeals court’s interpretation of RFS exemptions "excludes nearly all small refineries," the companies argued in their Supreme Court petition. Only a few have exemptions dating to the program’s early days that could be extended in the way the 10th Circuit envisioned.

Biofuels advocates argue that Congress designed the RFS to progressively limit waivers so that all facilities would eventually meet the standard.

"If they let the exemption lapse, then there’s nothing left to extend," the CEO of the Renewable Fuels Association, Geoff Cooper, told reporters on a recent conference call. "If there’s a hole in the bridge, you can’t extend the bridge."

The association and other groups noted that the 10th Circuit was the first to rule on the specific question at the center of HollyFrontier, but they said the ruling is consistent with other courts’ views of the RFS program.

They pointed to a 2017 ruling by then-Judge Brett Kavanaugh of the U.S. Court of Appeals for the District of Columbia Circuit that struck down challenges to a 2015 EPA rule setting renewable fuel requirements for 2014 through 2017 (Greenwire, July 13, 2018).

"By mandating the replacement — at least to a certain degree — of fossil fuel with renewable fuel, Congress intended the Renewable Fuel Program to move the United States toward greater energy independence and to reduce greenhouse gas emissions," Kavanaugh, now a justice on the high court, wrote at the time.

What does EPA say?

The Trump administration drew the ire of the petroleum industry last year when it failed to take action to appeal the 10th Circuit’s ruling.

Petroleum industry interests said the administration appeared to have abandoned them by siding with biofuel groups that said the exemptions had undercut demand for their product.

HollyFrontier and Wynnewood pressed on without the government’s backing.

Now that EPA is under President Biden’s leadership, the agency has shifted its approach on waivers to one that is more aligned with the 10th Circuit’s ruling.

DOJ will have 15 minutes during tomorrow’s proceedings to argue alongside the biofuels groups.

How could the Supreme Court rule?

Legal experts say they will be watching to see what questions the justices ask about the statutory text at the heart of the case. Those lines of inquiries could offer clues as to how the justices will approach their decision.

The outcome of the case may come down to how the court reads the statute, said Percival of the University of Maryland.

That may mean that the case is less likely to split the court along ideological lines. Hollyfrontier has the potential to create some "interesting coalitions" among the court’s six conservative and three liberal justices, he said.

"It should just be this wonky question of statutory interpretation," Percival said.

Interpreting what an "extension" means seems a very narrow point for the Supreme Court to want to explore from a case, said Jonathan Coppess, a professor in the Department of Agricultural and Consumer Economics at the University of Illinois.

Coppess wrote on the university’s Farmdoc website in February that he suspected the justices may be more interested in whether the biofuel groups can show they were injured by EPA’s decision — that they have legal standing to bring the case.

The small refineries said the groups didn’t have standing, and 10th Circuit disagreed.

"Because such a question has vast implications for interest group lawsuits, particularly as it applies to environmental issues, the issue of standing might well be a matter that may have particular appeal to the new conservative majority," Coppess wrote.

Coppess told E&E News that his thinking hasn’t changed and that he "cannot come up with anything else that makes it a Supreme Court case."

The Supreme Court decides. Then what?

Depending on the outcome, the Supreme Court’s ruling could affect other legal cases related to the RFS and have a major impact on regulatory decisions awaiting at EPA.

"How are all of these cases going to interact?" said a refining industry lobbyist whose company urges a scaling back of the RFS. If the court sides against EPA, "they can’t use that justification to deny petitions — but what about others?"

The first aftershocks will hit the 66 pending applications for small refinery waivers, some going back as far as 2011.

A ruling upholding the 10th Circuit suggests most would be denied — but that might happen even if the case goes the other way, industry insiders said, if EPA finds other reasons to deny them — such as failure to tie any economic harm specifically to the RFS instead of other causes.

The next ripple effect could be on EPA’s already-late regulations setting minimum biofuel volumes for this year. The agency has said it’s waiting for the ruling; volume requirements are based in part on EPA’s assumptions about how many exemptions may be granted.

In the long run, the decision and its fallout could either promote or stifle ethanol — "a bad fuel, but an OK fuel," said Steve McGovern, a petroleum refining consultant with PetroTech Consultants of Mantua, N.J., who served on a federal committee on the economic effects of increasing biofuel production during the Obama administration.

Oral arguments take place tomorrow at 10 a.m. The court is expected to reach its decision by early summer.