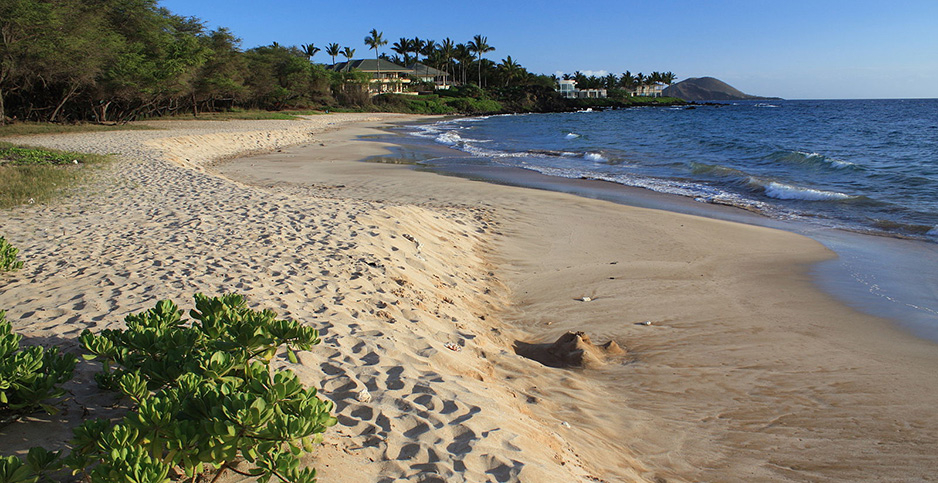 After months of wrangling between local officials over whether to settle the case, justices for the nation’s highest court are poised to hear arguments tomorrow in County of Maui v. Hawai’i Wildlife Fund, a heated debate over the scope of the Clean Water Act.

By next summer, the court will make a decision on a key question: Are pollutants that flow through groundwater from a single, identifiable source on their way to navigable waters subject to federal permitting requirements?

"The justices are going to be really interested in what the text of the Clean Water Act says," said Drew Caputo, vice president of litigation for lands, wildlife and oceans for Earthjustice, the law firm that is backing the Hawai’i Wildlife Fund, the Sierra Club and other environmental groups in the case.

Judges for the 9th U.S. Circuit Court of Appeals last year ruled in favor of the green groups, which sued in 2012 to require Maui County to obtain permits for its Lahaina Wastewater Reclamation Facility after a tracer dye study confirmed that the site had caused contamination in the Pacific Ocean.

The appeals court concluded that the Clean Water Act covers pollutants that travel through nonpoint or diffuse sources — such as the short stretch of groundwater between the Pacific Ocean and the wastewater injection site — as long as the contamination can be traced in more than minimal amounts to a point source.

Attorneys for Maui County last year brought the case to the Supreme Court, claiming that the 9th Circuit’s ruling would translate to steep costs for entities that may suddenly find themselves in need of a Clean Water Act permit.

"This is one of those cases where it’s going to matter to the justices whether the outcome will have a big impact or a small impact," said Lisa Soronen, executive director of the State and Local Legal Center, which writes "friend-of-the-court" briefs on behalf of state and local governments at the Supreme Court.

"They’re being told two different stories about that," she said.

Who are the parties, and what are they arguing?

Maui County, environmental organizations and the federal government will take a grammatical scalpel to the Clean Water Act’s prohibition of "any addition of any pollutant to navigable waters from any point source."

The case may hinge on the definition of the word "from."

During his time at the lectern, Hunton Andrews Kurth LLP attorney Elbert Lin will make the case that Clean Water Act permits are only required for pipes, ditches or other discernible sources that are the "means of delivering" pollution to waters of the United States.

Earthjustice attorney David Henkin will argue green groups’ position that because the injection wells are point sources — a fact undisputed by any other party in the Maui case — and contamination in the Pacific Ocean is a "foreseeable, natural consequence" of their operation, federal permits are required.

Counsel for the Trump administration’s EPA, which supported Maui County’s quest for a Supreme Court review in the case, will get a sliver of time to present yet a third argument as to how the Clean Water Act treats pollution that travels through groundwater.

What does EPA think about all of this?

That depends on which administration you’re talking about.

In 2016, while the case was still before the 9th Circuit, the Obama administration urged the appeals court to find that a Clean Water Act permit was required because the Lahaina facility discharges came from a point source and ended up in navigable waters.

Such a ruling would be consistent with EPA’s "longstanding position" of requiring federal permits for point-source pollution that travels through "groundwater with a direct hydrological connection" to regulated waters, the Justice Department said at the time.

But when the case landed on the Supreme Court’s docket, President Trump was more than halfway into his term, and his EPA was armed with a dramatically different argument that the Clean Water Act does not cover groundwater discharges, even in cases where there is a hydrological connection.

A bipartisan coalition of former EPA administrators filed a "friend of the court" brief telling the Supreme Court that the federal government’s new stance on the groundwater issue would be a "significant rollback" of the agency’s Clean Water Act enforcement strategy.

What questions will the justices ask?

Legal experts expect the justices to drill down on each party’s reading of the Clean Water Act’s treatment of groundwater and what impact each interpretation could have for regulated entities and for the environment.

Some court watchers anticipate that the justices could spend time grilling Maui County and the federal government over their differences in position and trying to determine the bounds of the 9th Circuit’s ruling.

"We’ll be hearing a lot of questions about the extent to which a hydrological connection is required," said Holland & Hart LLP partner Ashley Peck, who is tracking the case on behalf of her industrial clients. "The question is where does the line get drawn?"

The justices’ questions will offer insight — but not certainty — as to how the court will eventually rule, said Jesse Richardson, an attorney representing the National Ground Water Association and the Water Systems Council.

"It’s always pretty perilous to try to predict what the judgment is going to be based on the questions," said Richardson, who filed a "friend of the court" brief on behalf of his clients in favor of Maui County’s position.

Last week, a Hawaii lawmaker, an environmental group and other parties sued in state court to determine whether Mayor Michael Victorino must heed the Maui County Council’s September vote in favor of tossing the case.

A lawyer representing challengers in the state-level litigation also sent a pair of letters admonishing Moana Lutey, Maui corporation counsel, and Lin, who will argue on Maui County’s behalf at the Supreme Court, for "ignoring" the council’s wishes and threatening further action if they move forward with arguments.

Lin and Lutey did not respond to requests for comment on the letters.

The Supreme Court has been holding on to at least one other petition that raises the same groundwater question, so the justices could still tackle the issue if there are complications in the Maui case between arguments and ruling.

"This issue will keep bubbling up," said Vermont Law School professor Pat Parenteau. "Sooner or later there’s going to be one."

How could the court rule?

The justices’ conclusions will remain under wraps until they issue their decision — no later than early July of next year.

If the court reverses the 9th Circuit’s ruling, some legal experts say the justices may face the challenge of determining whether Maui County or Trump’s EPA drew the appropriate limits on the Clean Water Act’s scope.

A finding in favor of the environmental groups may raise concerns among both conservative and liberal justices about a "broad interpretation" of federal water permitting authority, said Sean Herman, an associate at the law firm Hanson Bridgett LLP.

"I don’t think that’s a conservative versus progressive or liberal perspective," he said.

Further enforcing the complexities of the case, briefs from outside groups in support of each side’s arguments don’t fall along predictable lines, said Cale Jaffe, director of the University of Virginia School of Law’s Environmental and Regulatory Law Clinic, who submitted a filing on behalf of two conservative counties backing environmentalists’ arguments.

"Environmental cases are often seen through a political lens," he said. "But the politics of this case don’t fit any preconceived notions."

Oral arguments in the Maui case begin tomorrow at 10 a.m.