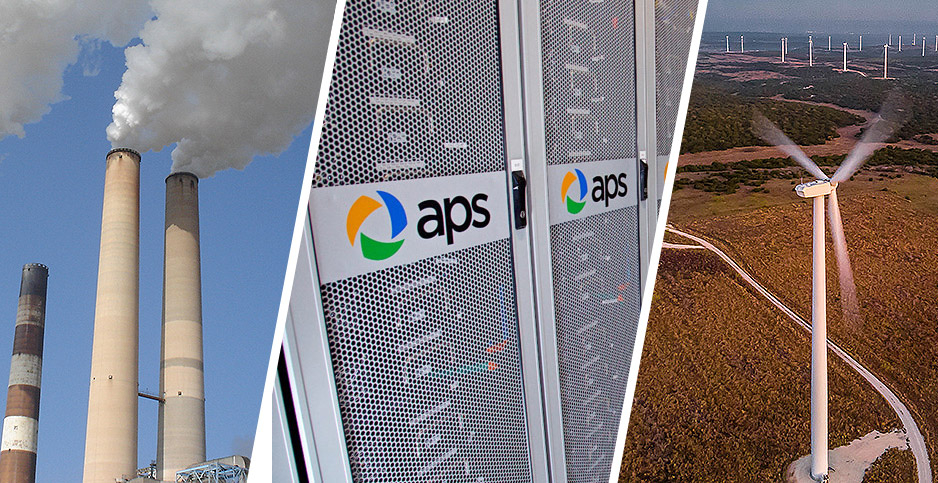 The next decade’s electric utility is taking shape today in the form of plans, sometimes thousands of pages, plopped into the laps of state regulators nationwide.

Like snowflakes, each of these integrated resource plans (IRPs) — which outline how utilities intend to meet power demand cost-effectively — is unique. Not all states require them. And the almost three dozen states that do each has distinct requirements and processes for the plans, which look 10 to 20 years into the future.

But collectively, the IRPs provide a unique window into where power companies think the nation’s electricity mix is headed. Among the trends: Electric vehicles may have little influence on power demand in the next decade; competition between natural gas and renewables is on the upswing; and battery storage could become less costly. In some locations, coal plants may shutter faster than expected.

"We’ve seen IRPs change recently. In the past, they’ve focused just on traditional baseload resources and supply-side resources," he said.

The IRPs themselves don’t grant authority to build or retire power plants or raise rates. Those decisions are made separately in rate cases and other regulatory proceedings.

What many of the plans do is highlight an accelerating transition to cleaner, more flexible energy resources. They also expose tensions created by that shift, especially in states with new 100% clean energy targets and in those phasing out their coal fleets.

"IRPs are working to identify the best other resources to still meet these capacity needs," such as rooftop solar, battery storage and other distributed energy resources, Girouard said.

To be sure, IRPs can only offer a foggy view of the future. The documents are typically based on estimates of fuel prices, technology costs, regional economic growth forecasts and myriad other variables that are plugged into computer models under various scenarios.

The projections in these long-range plans are certain to miss what has always proved to be a moving target — one perhaps never more so than today.

"I still think the IRP process is useful, because it is an opportunity for the utility and its stakeholders to get on the same page regarding the future direction of their power system," said Peter Larsen, deputy group leader of the Electricity Markets and Policy Group at Lawrence Berkeley National Laboratory.

Here are five electricity trends to watch based on an IRP review:

If an IRP is a house, the demand forecast is the foundation. Everything rests on it.

Across almost all of the United States, that means more of the same flat electricity demand over the next decade or two.

"I don’t think we’re going to get back to really robust load growth in any part of the country," said Andy Smith, a utility analyst at Edward Jones.

Take the industrial Midwest, where many utilities see overall electricity demand and peak demand either declining or just barely rising. They’ve baked in assumptions about weather, the economy, demographics, and the effect of energy efficiency and demand-response programs and standards.

At Jackson, Mich.-based Consumers Energy, whose IRP was approved earlier this year, the "base case" load forecast was a 0.05% compound annual growth rate through 2022 and just 0.2% beyond that.

And in Indiana, Duke Energy Corp. projects compound annual growth of 0.2% to 0.4% over the next two decades.

Utilities in other parts of the country forecast more robust electricity demand growth thanks to increasing population in the desert Southwest or industrial expansion along the Gulf Coast, for instance, though still not on par with rates of growth seen before the recession of 2008.

APS’s recent preliminary IRP projects annual peak demand and energy needs will both rise at a compounded annual growth rate of 2.3% from 2020 through 2035. The estimate includes the effects of efficiency, managing demand and distributed generation, the company said, though more analysis is planned.

There are "cranes all over downtown Phoenix," Don Brandt, the CEO of both companies, recently told analysts. "And if you drive around the valley … and other growth areas of the state, there’s a lot of activity going on."

Entergy Louisiana, part of New Orleans-based Entergy Corp., projects compound growth of 0.8% a year through 2025 in its "reference case" forecast.

While residential and commercial energy demand is expected to contract, industrial expansions, LNG projects and chemical plant projects are anticipated to drive a 2.9% annual increase for the utility’s big industrial segment over the same period.

Even shorter-term forecasts like Entergy Louisiana’s are subject to change. One of the biggest demand-related wild cards for utilities across the country? Electric vehicles.

In Michigan, where the auto industry is a big energy user, Detroit-based DTE Electric ran demand projections based on various scenarios, including two that examine EV penetration rising to 24% to 35% of new car sales in 10 to 20 years. For reference, the share for plug-in electric cars in 2018 stood at 1.5%.

For DTE, its "starting point," or base forecast, projects a 0.1% average annual decrease in electricity demand through 2040.

Even assuming faster-than-expected EV adoption, that doesn’t change much through 2030, based on the utility’s models. But it could have a meaningful impact on demand after that.

Minneapolis-based Xcel Energy Inc. said much the same in its IRP filed with Minnesota regulators on July 1.

"Even with aggressive electrification of transportation, water heating and space heating, impacts on incremental energy and peak demand needs are relatively slight during the 2020-2034 [IRP] planning period — but much more significant by 2050," Xcel said. "This is primarily because adoption of EVs and electrified appliances reaches its ‘hockey stick’ phase only near the end of the planning period."

Smith, the analyst, agreed, saying that EVs are unlikely to have much impact on utility demand in the near term.

"That wouldn’t be my base-case scenario," he said.

A recurring theme in utility IRPs is not whether they will cease operating coal-fired power plants early, but how early they’re shut down.

"With each successive IRP filing, utilities are moving up those retirement dates," said Ben Inskeep, an analyst at EQ Research, which provides research for the clean energy industry.

Even amid flat demand, coal retirements leave utilities with a hole to fill in their generating fleets. Often, that means facing a choice: Fill the void with a natural gas combined-cycle plant or with some combination of wind, solar and storage.

Not long ago, natural gas was an easy choice. It was widely viewed by utilities as a so-called bridge from coal to renewable energy — though not anymore, setting off battles across the country.

Coal-dependent utilities such as Michigan’s Consumers Energy and Empire District Electric Co. in Missouri are putting forward IRPs that include no new fossil fuel generation.

"It’s becoming increasingly clear that there are resource solutions that are cost-competitive with natural gas," Inskeep said.

Still other utilities are proposing new natural gas plants as replacements for coal. They include Xcel Energy, which set a goal of being carbon-free by 2050.

But regulators aren’t always going along with the push for gas.

In Arizona and Virginia, utility commissions took the unusual step of rejecting or not acknowledging IRPs because they were too fossil fuel-focused. "They told the utilities to go back to the drawing board and consider how renewables can better help them meet their state policy goals," Girouard said.

A "novelty" for some utilities just a few years ago, battery storage is getting a much closer look across the country as part of the IRP process, whether spurred by utility planners, regulators or state policies, said Jason Burwen, vice president of policy for the Energy Storage Association.

"Overall, I think there is increased attention to integrated resource planning," he said. "Technologies like wind and solar that used to be more expensive are much more cost-competitive. That is what is changing the conversation."

For instance, two Southeastern utilities have added storage to their IRPs this year. The Tennessee Valley Authority has called for adding 5 gigawatts of storage across its seven-state territory over the next two decades.

TVA’s board is scheduled to meet and review the plans this week. The federal agency’s IRP is more of a road map than a firm commitment, and the 5-GW figure represents the high end of a range.

Regulators are taking note, too. The National Association of Regulatory Utility Commissioners adopted a resolution last fall recommending principles to guide states in modeling energy storage and other flexible resources.

"Over a 10- to 20-year planning window, batteries are going to get less expensive, not more expensive," Burwen said.

According to the Energy Storage Association, storage is expected to grow to an annual installation size of more than 40 GW in three years, up from the 6 GW added nationwide in 2017.

Sub-hourly modeling "is really where the rubber meets the road," Burwen said.

IRPs started in the 1980s in response to the unexpectedly high costs of developing nuclear plants, the oil embargoes of the 1970s and the desire to better integrate energy efficiency into utility planning.

Today, new technology, shifting markets and environmental regulations are requiring IRPs to adjust to the times.

One way they’re changing is the use of so-called all-source requests for proposals (RFPs) to get the most up-to-date costs of new resources.

Northern Indiana Public Service Co., which today gets most of its electricity from coal-fired power plants, used an all-source RFP in its most recent long-range plan filed last fall.

To its surprise, the company found that it could save customers $4 billion by retiring most of its coal generation within five years — and all of it in a decade — and replacing the lost energy and capacity with a mix of renewables and storage.

In the Southeast, Mississippi regulators are fine-tuning a directive that would require utilities to incorporate all generation resources into their long-term plans.

It also is part of the continued fallout from a failed nuclear project, V.C. Summer, which was abandoned in 2017 amid delays and cost overruns.

Another piece of that aftermath is a requirement that Dominion Energy’s South Carolina electric company use an all-source competitive bidding process for electricity generation above 75 MW. What’s more, the utility’s long-term planning must focus on renewable energy, energy efficiency and demand response.

To many involved in the IRP process, the evolution is welcome.

Ken Colburn, U.S. program director for the Regulatory Assistance Project, said IRPs for too long have been static documents.

"They’ve been shelf-sitters," he said, mainly because they are not enforceable.

Colburn said an effort to make them enforceable has been overtaken by a recognition that long-range plans need to go beyond generation and transmission, to look more broadly at integrated grid planning "from generation on down through the distribution system."

The effort could allow state regulators to choose to replace their traditional IRP process with new ways of aligning IRPs and the new emerging field of distribution system planning, Colburn said.