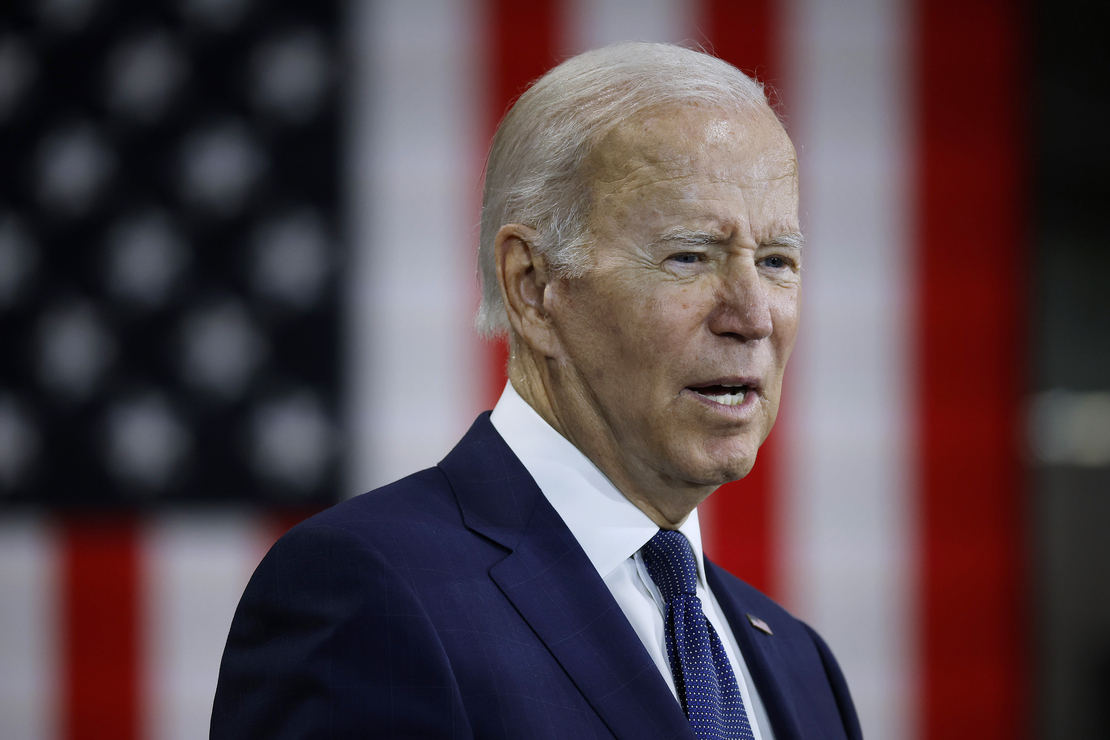 A federal appeals court appeared poised Wednesday to uphold the Biden administration’s use of an interim climate metric to estimate the costs of rising greenhouse gas emissions.

In oral arguments, a three-judge panel on the 5th U.S. Circuit Court of Appeals seemed skeptical that Republican-led states challenging the federal government had suffered any direct harm from agencies using the interim social cost of greenhouse gases.

The court had blocked an order from a lower bench earlier this year that briefly halted agencies’ use of the interim estimates, but until Wednesday, the 5th Circuit had not ruled on the substance of the arguments raised by Louisiana Attorney General Jeff Landry (R) and a coalition of other states.

During Wednesday’s hearing, the judges repeated earlier critiques of the states’ claims.

Judge Cory Wilson, a Trump pick, asked Louisiana Assistant Attorney General Elizabeth Murrill to provide specific examples where the states had been harmed by agencies that would demonstrate they had standing to bring their lawsuit.

After some back and forth, Murrill said states faced a “concrete imminent threat,” but she conceded she didn’t have specific examples of harm directly linked to the application of the estimates in agency actions.

The interim estimates put a price on 1 metric ton of emissions for carbon and two other powerful heat-trapping gases — methane and nitrous oxide. Collectively the price tags are referred to as the social cost of greenhouse gases. For carbon, the value is about $51 per metric ton.

Federal agencies can use the values to assess the climate benefits of regulations or the costs and benefits of moving forward with energy projects.

The social cost estimates are the same values used by the Obama administration adjusted for inflation but are significantly higher than the approximately $1 per metric ton used under former President Donald Trump.

“These are the numerous contingencies that have to come to pass before there can be any effect on a regulated party,” Pulham said.

He also noted that the executive order did not require states to use the metric either.

Senior Judge Jacques Wiener Jr. returned to Pulham’s point later in the hearing when he asked Murrill whether the president’s executive order required agencies to consider the social cost estimates.

“If your answer being yes, then through what mechanisms are federal agencies forced to use the estimates,” asked Wiener, a George H.W. Bush pick.

He added later: “Are there any penalties on the federal level for failing to consider the estimates?”

Murrill said the estimates constituted a final rule that could be challenged directly in court. She argued that states should not be required to play “whack-a-mole” to challenge each application of the estimates as they came up in individual agency actions.

“If you attack a rule that is grounded on the metric, and the metric fails,” said Wilson. “I’m failing to understand how that doesn’t work.”

Murrill said the risk of challenging an agency rule was that the court might not use the metric as the basis for rejecting it.

“Your position is based on things we don’t know right now,” said Wilson.

If the 5th Circuit rules in favor of the Biden administration, it will be the second time the appeals court has supported agencies’ use of the metric.

In March, the 5th Circuit blocked an injunction from Judge James Cain Jr. in the U.S. District Court for the Western District of Louisiana that had blocked the use of the metric the previous month (Greenwire, Feb. 11).

Pulham asked the court to finally vacate the injunction, if the panel decides in the federal government’s favor this time around.

The Louisiana-led coalition is not the only challenger of the interim estimates. Another coalition of red states led by Missouri Attorney General Eric Schmitt (R), is also seeking to revive a separate challenge in the 8th U.S. Circuit Court of Appeals to the social cost estimates.

In October, the 8th Circuit upheld a ruling from a lower bench when it found that the states had failed to show they had been harmed by the Biden administration’s application of the social cost estimate and so did not have standing to bring their lawsuit.

On Monday, the coalition requested a rehearing to undo the decision (Greenwire, Dec. 6).

The parallel lawsuits have played out as the Biden administration’s Interagency Working Group (IWG) has yet to finalize new estimates for the social cost of greenhouse gases.

Last month, EPA took its own steps to finalize new values when it announced a new proposed social cost of carbon of $190 per metric ton of emissions (Energywire, Nov. 21).

Correction: An earlier version of this story incorrectly identified the day of court arguments.