6 energy and environment numbers to watch 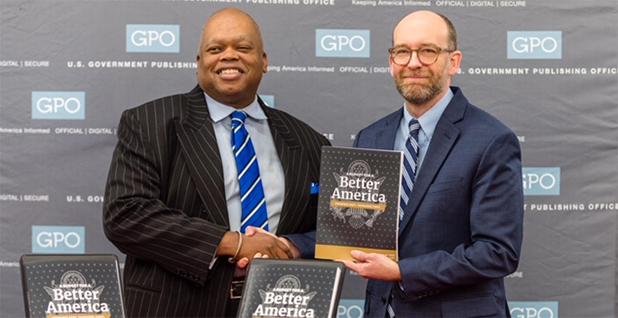 But look deeper into the fiscal plan, and it reflects the administration’s competing energy and environment policy priorities.

During the next several months, Congress will use the budget as a marker as it translates those requests into its 12 annual spending bills.

As the political fights unfurl over what energy and environmental programs deserve dollars in fiscal 2020, here are six numbers to watch.

Nobody on Capitol Hill believes those reductions will stand; instead, lawmakers are expected to negotiate new spending caps for fiscal 2020.

It remains to be seen how high lawmakers will be willing to push domestic spending above current levels of about $600 billion, given soaring deficits.

However, Democrats have said they will seek parity between the national security and domestic agencies, meaning for every additional dollar the military receives in fiscal 2020, domestic programs would get one, too.

Like the cherry blossoms on the tidal basin, Trump’s attempt to gut EPA has become an early spring rite in the nation’s capital.

The administration’s budget again would propose slashing the regulator’s budget by about a third this year to $6.1 billion. The reduction is seen as symbolic messaging by the administration to its energy industry allies that want to rein in the agency’s regulatory reach.

Congress’ real starting point for EPA funding will be $8.8 billion, the amount the agency received this year both for its regulatory programs and from other sources for Superfund work and water infrastructure projects.

The House Democratic majority is likely to push for more than $8.8 billion, a figure that represents largely flat funding for EPA since Trump took office. The GOP would be happy to hold spending at existing levels.

The popular Land and Water Conservation Fund won’t hit the $900 million Congress recently authorized for the program, but it’s expected to get far more money than the $8 million proposed by Trump.

The administration has routinely provided minimal funding to LWCF with an eye toward keeping its overall budget numbers down and knowing Congress will ultimately provide the dollars.

Capitol Hill has regularly provided about half of the authorized amount, including $435 million for fiscal 2019 in the recent omnibus.

One sign of the conservation program’s broad support even within the executive branch: Democrats and Republicans from the relevant committees were at the White House yesterday to celebrate the recent public lands package that permanently authorizes LWCF.

The Energy Department’s Advanced Research Projects Agency-Energy (ARPA-E) could see a big boost over current funding as there is a bipartisan belief it develops technologies that can help curb climate change.

The Trump administration has called for eliminating ARPA-E, saying private industry could fund many of the projects it pursues. But Congress has repeatedly disputed that claim and consistently increased funding for the agency, which now stands at $366 million.

It could go much higher.

Democrats on the House Science, Space and Technology Committee have suggested they want to push the figure toward $1 billion in the coming years. Congressional Republicans, who see ARPA-E funding as a way to fight climate change without mandates, may be open to moving closer to that mark.

That’s the savings over the next decade the Trump administration is projecting by eliminating the electric vehicle tax credit beginning in fiscal 2020.

The White House has fought the tax credit of up to $7,500 for buyers of the vehicles as a subsidy left over from the Obama era. It’s also widely opposed by fossil fuel interests, which worry that more EVs on the road will reduce the nation’s dependence on oil.

But greens and Democrats see it as a cost-effective way to expand EV use and create car manufacturing jobs. Moreover, moderates in both parties see using the tax code to increase fuel efficiency as a better option than relying on new federal regulations to cut carbon emissions.

The White House is proposing $200 billion in fiscal 2020 for a variety of roads, bridges, cybersecurity and other federal building initiatives that it sees as decades overdue.

The budget plan suggests the figure could grow to $1 trillion by using the $200 billion to leverage funding from the private sector and state and local governments.

On Capitol Hill, infrastructure week has become a euphemism for the repeated administration efforts to get Congress moving on a bipartisan building plan. The White House made a similar request last year.

But the administration said it provided fewer details this budget cycle about how it would spend on infrastructure to signal it is open to ideas from Congress.

The real question though might not be how much lawmakers will spend for roads, bridges and highways but if they have any appetite for finding the billions of dollars that would be needed to pay for them.