6 energy battles to watch this fall 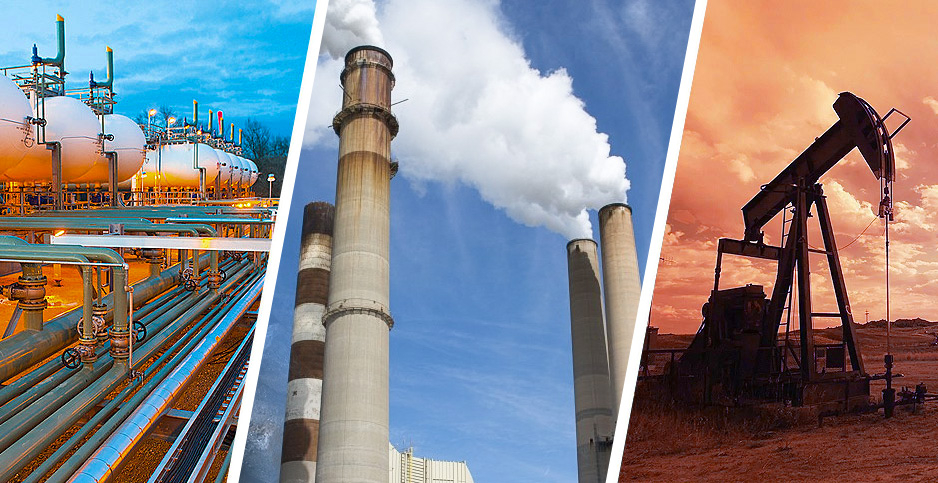 Federal courts are set to hear a series of cases this fall with implications across the energy sector, from power plants and pipelines to oil and gas leasing. Bilfinger SE/Flickr(pipelines); PxHere (coal plant); skeeze/pixabay(pump jack)

Federal judges across the country are poised to take on a slew of cases with important implications for pipelines, power plants, and oil and gas leasing — just as the country prepares for the possibility of a new president with a markedly different energy agenda.

Blue-state leaders and conservation groups say they are watching to see if the judiciary will help lay the groundwork for that potential policy shift.

So far, federal courts under the Trump administration have generally been effective at "holding the line and setting precedent and authority for change" that could come if Democratic presidential nominee Joe Biden takes the White House in 2021, said Erik Schlenker-Goodrich, executive director of the Western Environmental Law Center.

"A huge amount hangs in the balance," he said.

A Biden win could also mean that any legal victories the energy industry scores this fall could be potentially short-lived, said James Coleman, a law professor at Southern Methodist University.

"It becomes a policy question about what a new Biden administration is willing to do, or conversely, how much a reelected president could get done in the next four years," said Coleman.

He noted that the only pipeline projects close to completion are ones that had most of their review work done under the Obama administration.

"Does reelection mean four more years of stasis on this, or do pipelines actually get built?" Coleman said. "And which ones are Biden willing to let go ahead?"

This fall, the courts will consider lawsuits that challenge the federal government’s approach to assessing cumulative climate risks and seek to define the extent of agencies’ regulatory authority to advance substantive pollution controls on industry.

The litigation will also test how far the courts can go to broadly block energy development.

"I think there are at least a few more hits coming on the administration’s attempts to undermine NEPA and lock in gains this fall," said Michael Saul, a senior attorney at the Center for Biological Diversity.

Federal judges could soon reach decisions in cases where environmentalists have notched some early procedural victories, such as a court order that would have blocked operation of the Dakota Access pipeline. The order was reversed before it took effect.

"We’re getting to a moment where we are really seeing the complexity of these cases and the complexity of litigation," said Caitlin McCoy, a staff attorney at Harvard University’s Environmental & Energy Law Program.

Here are six things to watch as President Trump’s first term comes to a close.

Arguments over EPA’s Affordable Clean Energy rule, which will be heard Oct. 8 by three judges for the U.S. Court of Appeals for the District of Columbia Circuit, will center on EPA’s authority to establish systemwide carbon dioxide emissions reductions for power plants.

In a shift from the Obama administration, EPA now argues that the Clean Air Act only allows the agency to set emissions controls at the facility level (Energywire, Nov. 5, 2019).

The case is part of a trend of the Trump administration arguing that it has limited authority to act under federal environmental law, further restricting federal pollution controls.

Newly revived litigation in the U.S. District Court for the District of Wyoming is challenging the Obama-era methane waste prevention rule aimed at controlling emissions of the potent greenhouse gas from oil and gas development on public and tribal land.

After the Trump administration’s rollback of the 2016 Bureau of Land Management rule was struck down by a federal judge this summer, wrangling over the Obama standards went back into effect. Court watchers expect to see a decision — and a subsequent appeal — in the coming months (Energywire, July 24).

The rule dramatically shifts EPA’s obligation to control methane emissions from the sector, eliminating the requirement to draft standards for existing sources and cutting out limits for transmission and storage for new sources.

A federal judge could soon decide whether BLM has done enough to assess greenhouse gas emissions from oil and gas leasing.

Judge Rudolph Contreras for the U.S. District Court for the District of Columbia is fully briefed on a motion for summary judgment in a case challenging BLM’s supplemental climate review of 283 parcels in Wyoming.

The case comes after Contreras, an Obama appointee, issued a landmark ruling this year that found that BLM had to go back to the drawing board on its analysis of direct, indirect and cumulative climate risks associated with development of the tracts (Energywire, March 11).

The judge’s decision adds to ongoing legal battles over the federal government’s obligations under NEPA to account for cumulative greenhouse gas emissions.

The legal obligation to consider cumulative emissions from federal projects is also a key feature in litigation in three separate federal courts over the Trump administration’s recently finalized NEPA-implementing regulations.

Conservation groups and states widely criticized the new rules for narrowing the scope of analysis federal agencies are required to conduct for federal projects, including consideration of indirect project impacts and possible project alternatives.

A federal judge in Virginia declined to prevent the regulations from going into effect this week. It’s unclear whether litigants in other cases challenging the rules will make their own bids for a freeze (Energywire, Sept. 14).

A series of cases involving greater sage grouse protections are currently winding their way through district and appellate courts.

A federal judge is set to issue a final decision on a supplemental environmental impact statement finalized in February for the Trump administration’s 2019 sage grouse plan (Energywire, Dec. 17, 2019). That plan had been temporarily blocked, and the Obama-era standards are currently in effect.

The 9th U.S. Circuit Court of Appeals is also moving forward with an appeal of an additional ruling from Chief Judge Brian Morris for the U.S. District Court for the District of Montana tossing out 440 oil and gas leases in sage grouse habitat. Morris found that the leases violated the 2015 sage grouse plan.

Last month, Morris, an Obama appointee, agreed to put a hold on his order to vacate the leases while the appeals court reviews his decision (Energywire, Aug. 27).

This fall could determine the short-term fate of two embattled oil pipelines.

Judge James Boasberg, an Obama appointee to the U.S. District Court for the District of Columbia, is considering whether to issue a second order shutting down operation of the 1,272-mile Dakota Access pipeline. Meanwhile, an appeal of his decision to toss out an approval for the project to cross beneath Lake Oahe in North and South Dakota is underway in the D.C. Circuit (E&E News PM, Aug. 5).

Morris initially blocked use of the Army Corps of Engineers’ Nationwide Permit 12 for all projects, but eventually narrowed that decision to cover just new oil and gas pipelines. The Supreme Court later narrowed the ruling’s application to Keystone XL.