7 things to watch in the Senate, House races 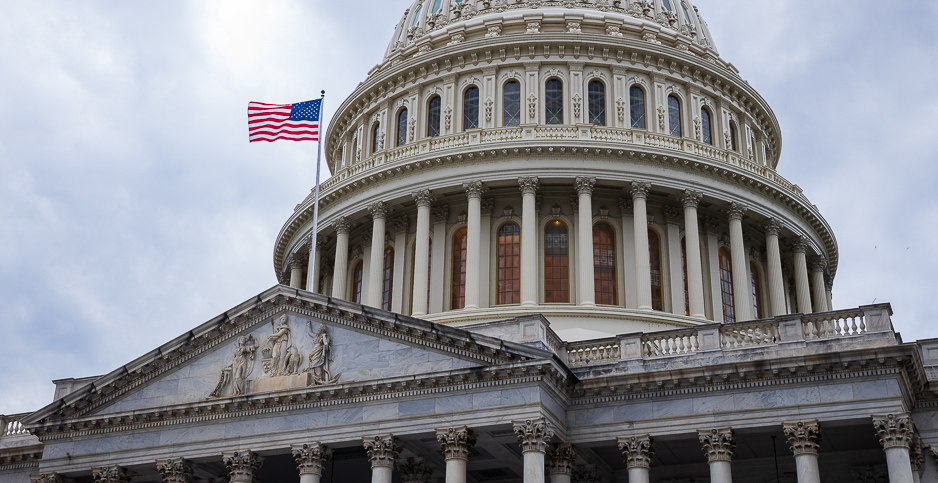 Today's elections will decide the congressional balance of power, with Democrats poised to make gains in both the House and Senate. Francis Chung/E&E News

Those are some of the issues to watch as voters across the nation cast ballots today for all 435 House seats and in 35 Senate races.

Often overshadowed by one of the most contentious and unusual presidential races in U.S. history, the down-ballot contests hold their own drama that will determine the makeup of the next Congress and what energy and environmental priorities might advance.

Here’s a look at seven things to watch as the election cycle reaches its climax:

Hurry up and wait

Because of varying state election laws and the unusual reliance on mail-in voting, it’s possible that control of the Senate won’t be known for weeks — or even months.

Consider Georgia, the only state with two Senate races on the ballot today. Should any of the candidates in either race fail to garner at least 50% of the vote, state law mandates a runoff will take place — on Jan. 5. And it’s quite possible that one or both of the Peach State contests go into overtime.

Georgia’s other Senate race — between incumbent Republican David Perdue and Democratic challenger Jon Ossoff — will also head to a runoff if no one hits the 50% benchmark.

State election law and possible legal challenges may delay results in other key Senate races, including in Alaska, where independent challenger Al Gross is running closely behind GOP Sen. Dan Sullivan. Absentee ballots won’t be counted until next week, with final results not expected until Nov. 18.

Similar delays are possible in North Carolina, which will count absentee ballots that come in as late as Nov. 12. That could push a final verdict in the close contest between Republican Sen. Thom Tillis and former Democratic state Sen. Cal Cunningham to the middle of the month.

The process has voters rank candidates from their first to last choice. If no one receives more than 50% of the vote, the ballots will be counted again according to the rankings until someone meets the threshold for winning.

Should Democrats win a majority in the Senate, control of the chamber will be crucial for advancing the ambitious climate agenda of Democratic presidential nominee Joe Biden and vice presidential candidate Kamala Harris.

But it’s worth remembering that at least a handful of the newly minted Democratic senators will hail from red or purplish states, many of which are home to oil and gas production or at least a more conservative electorate than traditional Democratic strongholds.

Take Alaska, where the Democratic-backed Gross promised last month to support oil and gas production during a debate while disavowing the Green New Deal that has become a climate litmus test for many Democrats (E&E Daily, Oct. 28).

Furthermore, should moderate Democrats like Mark Kelly and Theresa Greenfield win in red-leaning Arizona and Iowa, they will face pressure not to change the Senate rules to curb the legislative filibuster or expand the Supreme Court.

That may tone down the policy options Senate Democrats consider in response to climate change should they control the chamber in the 117th Congress that starts in January.

Today marks the kickoff of the 2022 campaign season, which will provide the political backdrop for the agenda of the new Congress.

Like the current cycle, Democrats have the advantage in two years as well, when they will defend 12 seats to the GOP’s 20.

The most important Democratic race in 2022 may well be in New York. Assuming Democrats end up controlling the Senate in January, Majority Leader Chuck Schumer (D-N.Y.) may govern the chamber with one eye on a possible primary challenge from Green New Deal author and fellow New Yorker Rep. Alexandria Ocasio-Cortez.

Any push by a President Biden to ram climate change legislation through the Senate will reverberate through the midterm elections, handing Republicans ammunition to wield on the campaign trail in swing states.

Among the Republicans up in 2022 are Alaska’s Lisa Murkowski, Chuck Grassley of Iowa, Todd Young of Indiana, Wisconsin’s Ron Johnson and John Hoeven of North Dakota.

By contrast, of the 12 Democrats running, only one — Colorado’s Michael Bennet — hails from a swing state with fossil fuel ties, possibly giving Schumer more room to maneuver within his caucus on the environmental agenda as he sets his sights on his own reelection.

Longtime House players on energy and environmental issues might not survive Election Day, which could have significant impacts for the next Congress.

Transportation and Infrastructure Chairman Peter DeFazio (D-Ore.) is in the race of his political life against Republican Alek Skarlatos, an Army National Guardsman who gained international attention for helping to thwart a terrorist attack in France in 2015 (E&E Daily, Oct. 27).

If DeFazio were to lose, it would create an unexpected opening atop the T&I Committee, a panel that is seen as central to writing a green infrastructure plan Democrats want to push early next year.

The defeat of Peterson, who has frustrated many greens with his steady opposition to expanding most environmental rules for farmers, would open the top Agriculture slot as talks ramp up for the next farm bill due in 2023.

On the Republican side, former Energy and Commerce Chairman Fred Upton (R-Mich.), who has sought to distance himself from Trump, is only a narrow favorite against Democratic state Rep. Jon Hoadley after holding the seat by only 5 points in 2018.

An Upton defeat would leave the panel without its top three Republicans in the next Congress, as ranking member Greg Walden of Oregon and senior member Rep. John Shimkus of Illinois are already retiring.

Alaska’s legendary Rep. Don Young, who long has been a force on natural resources issues, is in a tough race against independent Alyse Galvin, who has argued it’s time for the incumbent to retire after 23 terms in the House. She has outraised Young but won’t match his near-universal name recognition.

A Young defeat would mean a loss in seniority for the Last Frontier. Galvin has promised to support oil and gas production (E&E Daily, Oct. 28).

If House Democrats are going to make gains tonight, it will come in an unlikely place — Texas, the nation’s leading fossil fuel producer.

An influx of new voters has made this reliably red state very competitive this cycle with as many as a dozen mostly Republican-held seats in play (E&E Daily, Oct. 26). Record turnout in early voting has only fueled expectations.

Democrats would be thrilled if two freshmen, Lizzie Fletcher and Colin Allred, can hold their seats and if they can win three open seats around Houston, Dallas and the Rio Grande Valley.

The Democrats to watch in those three contests are Sri Kulkarni, Candace Valenzuela and Gina Ortiz Jones, all of whom are seen as having at least narrow edges.

A great night for Democrats would be if they could knock off at least one or two Republican incumbents. State Sen. Wendy Davis may have the best shot in taking out first-term GOP Rep. Chip Roy, while progressive favorite Mike Siegel has gained steam against veteran GOP Rep. Michael McCaul.

A blue tsunami could even stretch those gains, with Democrats not ruling out upsets over GOP Reps. Van Taylor, Dan Crenshaw, John Carter and Ron Wright.

If Democrats do pick up several seats in Texas, it would mark a new era for the fossil fuel industry that has long relied on Lone Star State Republicans to push a pro-energy agenda.

Energy producers would have to work more closely with a new generation of oil patch Democrats, many of whom have talked up a shift to a clean energy economy.

House Speaker Nancy Pelosi (D-Calif.) is talking of gaining enough seats this cycle that Democrats will keep control of the House for years to come.

Pelosi in her first go-around as speaker saw the party only maintain power for two cycles from 2007 to 2011. She’s aware in her second tenure as speaker that her legacy may well be tied to not only legislative gains but how well she positions Democrats for long-term control of the House.

Republicans, however, are already quietly pointing out that if Biden wins the White House, the House would be in play in 2022 as first-term presidents almost always lose congressional seats in their first midterm election.

Indeed, GOP lawmakers note they won back control of the House in President Obama’s first midterm cycle after Democrats had built a nearly 50-seat majority.

And current projections show Democrats might have a majority after today’s elections similar to 2010 that Republicans will argue can be reversed in 2022.