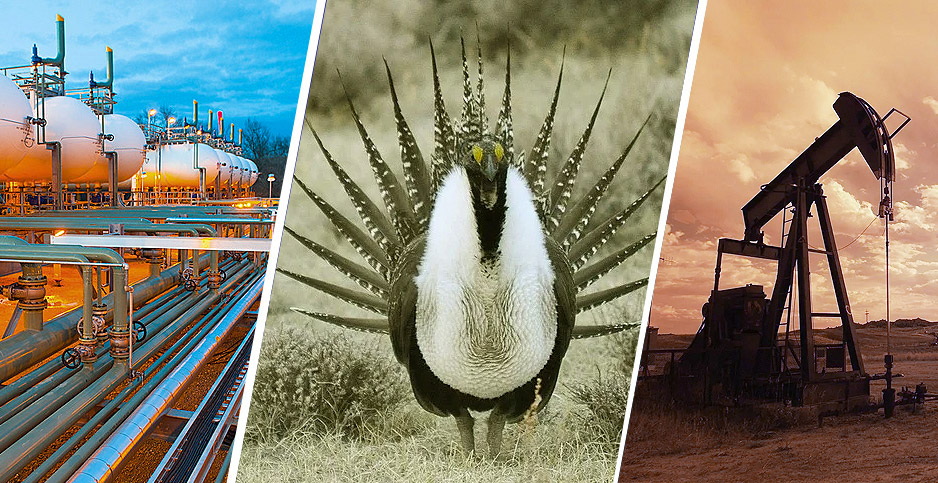 The start of the new decade will be a milestone year for litigation on energy issues.

Federal courts will kick off 2020 with arguments and hearings in cases that could more clearly define federal authority over the oil, gas and electricity sectors and agencies’ duty to consider environmental harms from energy use and development.

The battles are scattered across district and appellate benches, and at least one case has made its way to the Supreme Court.

Here are eight energy law battles to watch in the new year.

After a hiatus, legal action on the Bureau of Land Management’s biggest oil and gas rules should begin to pick up again in 2020.

BLM’s decision to rescind its 2015 rule regulating hydraulic fracturing on public lands will again come under fire at the start of the new year. California and the Sierra Club opposed the repeal in the U.S. District Court for the Northern District of California, which will hold a hearing next month to consider a motion for summary judgment in the case.

Attorneys for the environmental group argued that the repeal threatened water, wildlife and other resources. BLM countered in its own motion for summary judgment that the plaintiffs don’t have standing to bring the case.

The hearing comes years after a district court judge found that BLM did not have the authority to issue the regulation on fracking.

Court activity could also pick up next year in challenges to the Trump administration’s revision rule for methane emissions from oil and gas operations on public lands. Separate litigation over the 2015 BLM methane rule remains on hold pending a resolution in the revision rule case.

A federal court next month will consider a dispute over an oil and gas lease on land sacred to the Blackfeet Nation in Montana.

The case stems from the Interior Department’s appeal of a U.S. District Court for the District of Columbia finding last year that the agency could not cancel a lease held by the Louisiana firm Solenex LLC in the Badger-Two Medicine area.

"This is the first time, to our knowledge, [Interior] had used its authority to cancel a lease over the objection of a leaseholder," said Timothy Preso, a managing attorney for Earthjustice.

Next month’s oral arguments are the latest step in years of legal conflict over the Solenex lease.

Moncrief Oil & Gas Master LLC, which also held a lease in the area, agreed to relinquish its lease in a settlement the company reached with the Wilderness Society earlier this year (Energywire, Oct. 2).

PennEast Pipeline Co. LLC is expected to ask the Supreme Court early this year to reconsider a 3rd U.S. Circuit Court of Appeals decision barring the company’s use of eminent domain to seize state-owned land in New Jersey.

The 3rd Circuit ruled that the company couldn’t bring the state to federal court because it would violate New Jersey’s sovereign immunity under the 11th Amendment of the Constitution.

PennEast, which is building a 120-mile natural gas pipeline through Pennsylvania and New Jersey, announced last month that it plans to appeal the 3rd Circuit’s ruling to the nation’s highest court (Energywire, Nov. 15).

In a press release, the company said the Federal Energy Regulatory Commission approved the current route "fully understanding that it crosses properties in which the State of New Jersey claims an interest."

The odds are stacked against PennEast. The Supreme Court only agrees to hear about 1% of cases it receives.

Justices for the Supreme Court will soon weigh in on a battle over the Atlantic Coast pipeline’s path beneath the Appalachian Trail.

Developers of the pipeline and other challengers in the case have asked the high court to throw out a finding by the 4th U.S. Circuit Court of Appeals that the Forest Service cannot authorize the pipeline to pass several hundred feet below a narrow stretch of the trail.

They warned that the 4th Circuit’s decision would effectively cut off natural gas development on the East Coast by placing the 2,200-mile trail off-limits to development.

Greg Buppert, a senior attorney at the Southern Environmental Law Center, countered that restrictions on pipeline crossings would only apply to federally owned portions of the trail and not to state or privately owned land.

He said the pipeline still faces a number of barriers and is currently missing seven required permits.

The investment bank Morgan Stanley recently predicted the pipeline wouldn’t be built at all if the 4th Circuit again tosses a separate approval from the Fish and Wildlife Service, according to reporting by Reuters.

A spokesperson for the Interstate Natural Gas Association for America wrote in an email that the Supreme Court’s moves on the Atlantic Coast and PennEast pipelines "will set important precedents for our members going forward."

A long-standing FERC practice will come under close scrutiny by the courts in 2020.

Earlier this month, the U.S. Court of Appeals for the District of Columbia Circuit took the rare step of agreeing to rehear a case concerning FERC’s use of "tolling orders," which effectively allow pipeline projects to move forward amid landowner protests (Energywire, Dec. 6).

The D.C. Circuit could choose to overturn precedent in the case, which would have a significant effect on landowners’ rights to due process in challenging federally approved projects like the nearly 200-mile Atlantic Sunrise pipeline through Pennsylvania.

One of the most high-profile environmental fights next year will be the continued legal saga over EPA’s regulation of greenhouse gas emissions from power plants.

The D.C. Circuit will soon hear EPA’s defense of its Clean Power Plan repeal and replacement. The Trump administration’s Affordable Clean Energy rule sets no specific limits for power plant emissions and restricts allowable compliance approaches to those that can be applied at the power plant level.

The agency is expected to urge the court to rule on whether EPA had authority under the Clean Air Act to draft the Clean Power Plan. A decision could significantly alter the scope of greenhouse gas regulations at the agency (Energywire, Nov. 5).

EPA last week requested that the D.C. Circuit set oral arguments for May, a timetable that would require petitioners in the case to file opening briefs by the end of next month.

Oil and gas leasing in Wyoming

The U.S. District Court for the District of Columbia will soon dig deeper in a case that could prompt BLM to conduct more comprehensive climate impact analyses for the oil and gas leases it approves.

Conservation groups are following up on a March ruling in their favor, which required BLM to redo its environmental assessment and findings of no significant impact for 283 oil and gas leases in Wyoming.

Now the groups say the agency rushed through its reanalysis to comply with the court order and again found no significant climate impact associated with the leases.

"They are still getting it wrong," said Jeremy Nichols, climate and energy program director at WildEarth Guardians, one of the conservation groups in the case.

"Based on the judge’s ruling in March, they really have to address onshore leasing on a national level, and they keep making excuses to not do that," he continued. "If we are successful, that really backs BLM into a corner."

A federal court in Idaho will move forward in the ongoing legal fight over federal protections for the greater sage grouse.

Conservation groups are challenging the Trump administration for its 2019 plan for the bird, which they say takes out important protections that had been finalized under the previous administration.

A judge for the U.S. District Court for the District of Idaho issued a temporary freeze on the plan. In the meantime, BLM will have to follow the sage grouse plan finalized by the Obama administration.

Conservation groups are closely watching whether BLM is following the protection requirements set in 2015, such as achieving a "net gain in habitat capability."

Sarah Stellberg, a staff attorney for Advocates for the West who is representing the conservation groups, said she expects oral arguments to occur in fall 2020, with a decision unlikely until 2021.