8 veep contenders on energy and the environment 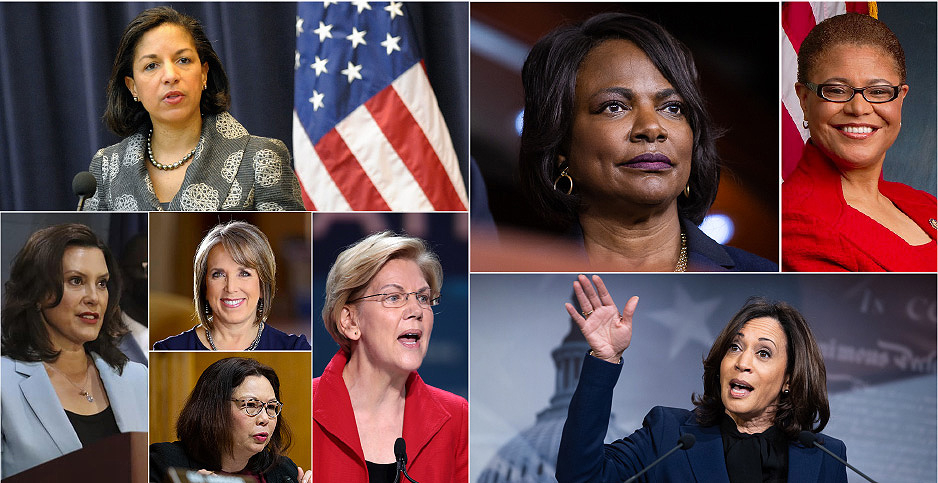 Joe Biden could announce his running mate as soon as today, and the contenders would bring a wide range of energy and environment policy records.

Biden, the presumptive Democratic nominee to take on President Trump in November, told reporters he’ll announce the choice this week.

Running mates are usually announced shortly before the party’s national convention; the Democrats’ event is scheduled for Aug. 17-20 in Milwaukee.

The former vice president to President Obama already committed earlier this year to picking a woman, and it appears a woman of color is likely. If elected, she would be the first female vice president.

Candidates pick running mates for a wide range of reasons, including appealing to a demographic the presidential candidate needs help with or a record that would better round out the ticket.

Here are some of the names Biden is likely considering, and their records on energy and environment policy.

Harris, a former presidential candidate and California’s junior senator, has often brought up her previous career as a prosecutor, including California’s attorney general, to demonstrate her environmental credentials.

"People who profit off of harmful behaviors, when you take away that money, because you take them to court and sue them as I have done, it’s extraordinary how they will change behaviors. They have to be held accountable. And maybe this is the prosecutor in me," she said during a CNN town hall last year.

She also incorrectly said she had sued Exxon Mobil Corp. over climate change; she in fact only investigated the oil giant.

Harris put out a climate plan before the town hall that didn’t get much of a reception from environmentalists.

It included taxing carbon emissions, stopping fossil fuel extraction on federal land, and ending oil and natural gas subsidies, with an emphasis on front-line and minority communities that bear an unequal brunt of the impacts of pollution (Climatewire, Sept. 4, 2019).

But while environmental groups have generally been pleased with her, they haven’t seen her put an emphasis on climate and other related issues (Climatewire, July 10, 2018).

Harris served on the Environment and Public Works Committee for about a year after coming to the Senate in 2017 but left to join the Judiciary Committee.

She has in part used that perch, and her other time in the Senate, to push environmental justice, as well as issues unique to California, which has long suffered from air pollution and has taken extraordinary measures to clean up its environment.

Duckworth, a senator from Illinois, has in recent years made environmental justice one of her top priorities, including launching the Senate’s Environmental Justice Caucus last year alongside Sens. Tom Carper (D-Del.) and Cory Booker (D-N.J.) (E&E Daily, July 14). Her concern initially stemmed largely from pollution in Chicago’s South Side.

"The statistics are just devastating. We have located our most polluting industries in Black and brown communities, so those same communities literally are dumped on over and over again," she told E&E News recently.

Duckworth sits on the Senate Democrats’ Special Committee on the Climate Crisis and has frequently used her spot on the Environment and Public Works Committee to lob harsh questions at Trump administration officials, including EPA Administrator Andrew Wheeler, often resulting in dramatic clashes.

She’s an Army veteran, and her work on the Senate Armed Services Committee has included pushing the military to help clean up per- and polyfluoroalkyl substances contamination it’s responsible for, and trying to reduce other forms of pollution from the armed forces. She’s also a strong supporter of clean energy and other top environmental wishes.

Biden has pledged immediate action on climate diplomacy if elected, including reentering the Paris Agreement, increasing world leaders’ pledges under the pact, taking on China’s pollution and convincing Brazil to stop deforestation in the Amazon.

"It’s not that we didn’t see climate change coming. It’s that for the better part of three decades we failed, repeatedly, to treat this challenge with the seriousness and the urgency it deserves," she said at a Stanford University event in 2015, weeks before world leaders met to hash out what became the Paris Agreement.

"As an international community, we succumbed to divisive global politics that set developing countries against industrialized nations and stymied international consensus on climate change," she said.

Last year, she named Paris as a top part of Obama’s foreign policy legacy, along with other international pacts like the Iran deal.

"We effectively brought allies and partners together to address those complex challenges and did so even as we had to confront many of them simultaneously," she said at a Council on Foreign Relations event.

Warren was one of the leading progressive candidates in the 2020 Democratic presidential primary before dropping out this year.

The Massachusetts senator’s campaign was characterized in part by her extensive publication of policy plans, and the environment was no exception.

Many parts of her proposals, like her path toward 100% greenhouse gas-free electricity by 2035, have made their way into Biden’s plans.

Warren came to the Senate in 2013 from a financial policy background, having been the main architect of the Consumer Financial Protection Bureau.

That finance background has been featured in many of her proposals, including a longtime push in the Senate to increase the disclosures companies have to make about how they contribute to climate change and how much of a risk climate is to them.

Biden would likely please environmentalists if he chose Bass, a five-term congresswoman from California.

She is the chairwoman of the Congressional Black Caucus and has an 88% lifetime score from the League of Conservation Voters. She supports the Green New Deal resolution and the "Energy Innovation and Carbon Dividend Act."

Bass represents a Los Angeles district, giving her a front-row seat to Southern California’s air pollution problems and how they intersect with racism.

She’s a former physician’s assistant, which exposed her to some of the health problems that pollution brings.

Lujan Grisham, the governor of New Mexico, has gotten attention throughout Biden’s selection process for her experience in health policy, including stints as New Mexico’s health secretary and top official on aging. That could be valuable as Biden works to demonstrate an ability to take on the COVID-19 pandemic.

When Lujan Grisham took over as governor from Republican Susana Martinez in 2019, environmental policy was one area where she looked for a sharp turnaround.

She quickly joined New Mexico to the U.S. Climate Alliance, making a nonbinding commitment to the Paris Agreement. She also called on lawmakers to pass legislation to move the state toward zero-carbon electricity and signed their legislation to do so, the Energy Transition Act, after it passed.

"When we were presented the chance to move toward cleaner sources of energy, we took it, boldly charting a course to a carbon-free future, permanently centering our commitment to lower emissions and setting an example for other states," Lujan Grisham said at the time (Climatewire, March 13, 2019).

She also moved to align New Mexico’s auto greenhouse gas emissions standards with California and to break from the Trump administration’s rollback of federal rules.

But Lujan Grisham could come under criticism for her friendliness to the oil and natural gas industry. She’s praised the industry for its economic contributions to New Mexico and for the revenue it contributes to state coffers.

Demings largely rose to national fame for her role as one of the House managers for Trump’s impeachment process last year.

But her history as a former police chief of Orlando, Fla., might hurt her vice presidential chances in a time when progressives are increasingly calling attention to police misconduct and racism.

Demings holds a 96% lifetime score with the League of Conservation Voters. And though her central Florida district is one of the few in the Sunshine State without a coastline, she has been outspoken on many of the environmental issues important to coastal areas, like preventing offshore drilling in waters near the state and fighting both the causes and effects of climate change and rising sea levels.

Whitmer has gotten significant attention for her actions during the COVID-19 pandemic as Michigan’s governor. She was an early and aggressive champion of lockdown orders, leading to criticism and threats of violence from some opponents.

She had a number of high-profile clashes with Trump, who called her "that woman from Michigan," regarding her policies to crack down on the disease.

Like Lujan Grisham, Whitmer took over the governorship in 2019 from a Republican. After taking office, she joined Michigan into the U.S. Climate Alliance and tried unsuccessfully to abolish regulatory review panels that she said were dominated by polluting industries.

Whitmer has been a leading proponent of shutting down Enbridge Inc.’s Line 5 oil pipeline under the Straits of Mackinac, and has been working to fulfill her 2018 campaign promise to significantly improve infrastructure across the state — or "fix the damn roads," as she says.