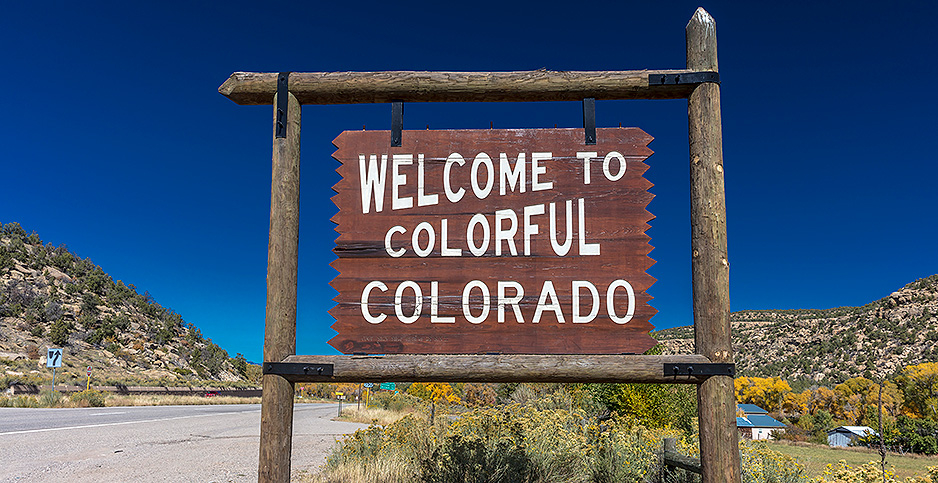 The vast majority of staffers at the Bureau of Land Management’s Washington, D.C., headquarters do not intend to move out West as part of a planned reorganization, according to multiple sources.

As many as 80% of the 159 BLM staffers in D.C. who are being moved to the new headquarters in Grand Junction, Colo., or to other state offices from Alaska to Arizona, plan to reject the reassignment orders and either retire or find another job at the Interior Department or other agency in Washington, the sources told E&E News.

BLM handed out formal relocation notices to almost all of the 159 employees on Nov. 12, giving them 30 days to decide whether to move to the bureau’s new headquarters and other state offices (Greenwire, Nov. 13).

That means the 30-day deadline for most ends today.

"Last month, when you received a Management Directed Geographic Reassignment (MDR) letter, you were asked to respond within 30 days to let us know if you will accept or decline the reassignment. As you know, that deadline is at close of business today," BLM acting chief William Perry Pendley wrote in an email sent today to Washington staffers.

"By the way, I will be in Grand Junction, Colorado at the new BLM Headquarters on January 2, 2020, for the start of the new year!" Pendley added.

Pendley’s email did not address how many employees have committed to relocate out West and how many have declined the reassignment.

Officially, a BLM spokesman said the agency does not yet have any numbers to share publicly.

"It will take time to have an accurate count of how many employees will accept and how many will decline," the spokesman said in an emailed statement.

Pendley’s email notes that D.C.-based employees who do not want to move "receive early consideration for any new positions within the entire Department in the Washington area five days before being advertised on USAJobs. I have been working individually with the Department’s senior leadership to make sure that BLM employees have a fair shot at any postings that are available."

He also noted "there are 21 positions in the BLM Washington Office and the BLM Eastern States Office in Falls Church, Va.," that are vacant and open to affected employees.

"Our efforts are bearing fruit, as of Friday, December 7, we placed 30 of our BLM colleagues who could not move West in positions within BLM, DOI, or other agencies. Others are being processed," he wrote.

It’s not clear whether every affected BLM employee will formally make a decision by the close of business today.

Sources say some BLM staffers have requested an extension beyond the 30 days to decide whether to accept the move. In addition, BLM has given D.C.-based employees until next month to apply for early retirement or to accept a severance package and leave.

What’s more, some employees have indicated they may agree to move, but only in an effort to buy more time while they look for different positions in the D.C. metropolitan area, sources said. Employees who agree to move have 120 days "to report to your new duty station," according to the relocation notice letters.

But the sources, including current BLM officials and former administrators who remain in close contact with employees, say the 80% number is a "conservative" estimate and that some divisions and departments within the headquarters could be hit even harder with vacancies.

That’s consistent with what sources have been saying for weeks. Some fear departments and divisions that handle everything from environmental compliance to oil and gas leasing will be left with a skeleton staff (Greenwire, Dec. 3).

The potential "brain drain" has sparked some senior managers to develop what they call "playbooks" that will "describe what we do" for the many new senior-level officials that will be replacing those who do not move, said a current BLM official who asked not to be identified.

"Everyone feels abused — those who are retiring, those who have found other positions, and those who are moving West as directed," one former senior BLM official told E&E News. "And folks are really upset about the fact that there has been little or no thought given about how to capture the institutional knowledge that is walking out the door."

The source added, "There are many people who came to the BLM with the hope of effectively managing working landscapes in the American West. I am afraid that they are ready to write the agency off."

Indeed, D.C.-based BLM employees in one division expected to be hit hard by vacancies have organized a party "for those who are leaving us," according to an email to staffers.

"I am seeing the pain and sadness it is creating for everyone every day," another BLM employee told E&E News.

‘We remain committed’ to employees

As he has done before, Pendley wrote in his email that the bureau will help employees who do not move.

"We remain committed to working with each of you to assist in the transition, regardless of whether or not you are able to make the move West," he wrote.

"Thank you for all you do for the Bureau, the American people, and the Nation," he added.

But there are many critics.

A group of retired senior BLM officials, including former BLM Director Bob Abbey, has been in Washington this week visiting with congressional leaders and staffers to express concerns with the relocation plan (Greenwire, Dec. 10).

House Natural Resources Chairman Raúl Grijalva (D-Ariz.) and Rep. Deb Haaland (D-N.M.) held a press conference yesterday, during which Grijalva indicated Congress may not be able to stop the move. But he vowed his committee would subpoena the Interior Department for documents justifying the relocation plan (Greenwire, Dec. 11).

At that press conference, Abbey said the "likely loss of experienced and dedicated public servants who chose not to move will create a vacuum of leadership, experience and information that will take years for the Bureau of Land Management and the Department of Interior to overcome."

But BLM is moving swiftly to carry out the plan, which Interior Secretary David Bernhardt has said will improve public lands management and BLM operations by placing decisionmakers near the state and local leaders most affected by bureau actions.

Shortly after the Grijalva press conference, Bernhardt sent out a tweet noting that, "Not long ago," Colorado Sens. Michael Bennet (D) and Cory Gardner (R) "voiced their bipartisan support to move [BLM’s headquarters] to Grand Junction. This will soon be a reality."

But while Gardner has been a vocal supporter of the relocation plan, a spokeswoman for Bennet said the senator’s position on the issue is significantly more nuanced.

While Bennet "has long supported moving BLM’s headquarters to the West, particularly to Grand Junction," Interior’s process in this case has been flawed, Courtney Gidner, the spokeswoman, said in an email.

Bennet, she added, "believes that any move should include appropriate resources and enhance, rather than diminish, BLM’s mission to protect our public lands.

"He also believes that DOI should work closely with Congress to develop a durable, bipartisan plan for such a move — and clearly, that didn’t happen here," she said.